I’m not one to wish away life, but this was a day I had been waiting for to arrive for so long. This would be my first time on an aircraft since Amsterdam in 2019, and the first night away from home since the Big Half race in London at the start of 2020. This was the post-pandemic milestone I had been waiting for. One which I don’t think I really believed would happen, until it did.

Over the last few weeks, people have commented that they wouldn’t travel out of the country at the minute. When you look at the numbers though, places like Germany seem far safer to be anyway. At the time of writing, the UK’s 7-day incidence was over 300. That’s over 300 cases for every 100,000 people. In Germany this was 67, and most of the places I was visiting had even lower rates.

A week ago I preordered a new iPhone 13 Pro, to replace my ailing iPhone 6S that had served me well over the last 6 years, starting with my California road trip. Now though, the battery performance had long passed its best, and the camera was generations behind. It was time for an upgrade, but the problem was: it was due to arrive on the same day that I’d be flying to Berlin. As luck would have it, it did arrive in time; but it was a rush to get everything transferred over to it. I decided if I started it off early, as long as it was done and working by the time I boarded the plane, all would be fine.

After a half day of work, I made my way to London Heathrow Terminal 5, unsure what it would be like once I got there, and how this familiar environment might now seem alien. I made my way to the BA check-in desk. I’d already checked-in online the day before as normal, and the day before that I’d had to submit my proof of vaccination and my Germany entry form to them as well for processing. They’d given me a tracking number for it, but no indication of how long it’d take. I suspect it varies a lot depending on how busy they are, but for me it took three hours and thirty minutes. So even before I’d reached the airport, I’d already seen some differences in the process. This was of course down to COVID-19 and not Brexit in this case. The traffic was heavier than normal, but still got there in just over two hours, meaning a wait of 40 minutes before I could use the bag drop. 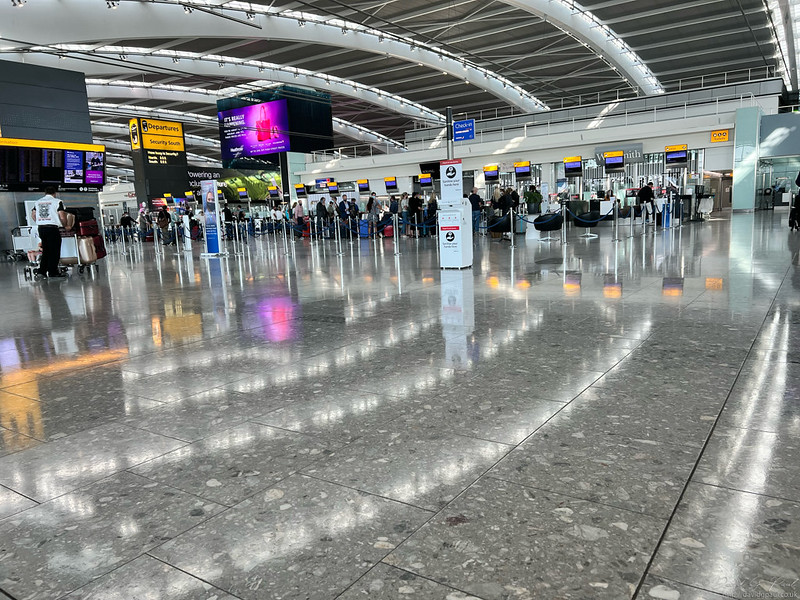 At departures, it wasn’t that different really. Most people were wearing a mask, not quite all despite the requirement to wear one here, and there were hand cleaning stations and screens to protect flight staff at check-in. They again checked my vaccination status, despite having provided this online earlier. The process for security made things slower than before - there’d now be three people each side in areas protected by screens where you could load your tray. Once I was through, again, the gate wasn’t that different with the same observations. Some of the food places were closed where usually they would not have been, and some of the shops had signs up to indicate different doors for entering and exiting. 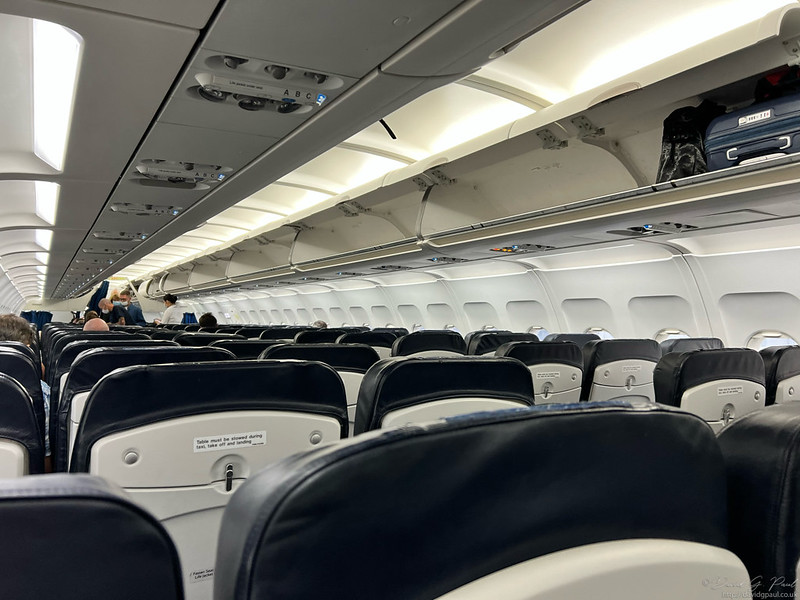 The flight boarded late, and it took even longer for them to load luggage into the hold - taking an almost full hour after the original departure time to complete this. There was no mention of why this was the case, but the new estimate was that we’d be getting into Berlin around 21:30 local time - so around 45 extra minutes of sitting on the aircraft at the gate. Whilst people are certainly wearing masks in worse circumstances, on a hot day it’s not the most pleasant of things. Eventually though, it wouldn’t be as noticeable that I was wearing it. We finally took off at 19:00.

Originally I would have been flying to the Berlin Tegel airport, but in October 2020 this was closed for good, and the new Berlin Brandenburg airport was finally opened; 14 years after it had been planned to be, and 29 years after planning had begun. This replaced the Schönefeld airport (which is now Berlin Brandenburg Terminal 5) and the Tempelhof airports as well. The former of these was the one I’d flown through back in 2009, and the latter, famous for the Berlin airlift at the start of the cold war, was one I’d be visiting soon enough for the Berlin Marathon Expo.

For this flight, it was compulsory to wear a mask, except during the meal service. They made a point of saying it should cover your mouth and nose, and not just your mouth or chin, yet this didn’t stop some from wearing it incorrectly. The complimentary service on this flight was a bottle of water, and a packet of ready salted Tyrrells crisps. As this flight was just a short hop to Germany, it meant no IFE, so I passed the time by reading.

The flight landed at 21:30, and being at the back of the aircraft meant I was the last off, and would be the last through immigration. The deplaning method was different to normal, and passengers were asked to leave the plane by row number. I wanted to get through as quickly as I could so I could catch the train that would take me to Hackescher Markt - the most direct route to the hotel. The sooner I got there, the sooner I could sleep to aid with being rested ahead of the marathon. However, another side effect of Brexit meant a long queue to get through immigration. After around 40 minutes I was through, and looking for the train station - that turned out to be easy to find, but not so easy to find the right platform. I found data roaming from O2 was not working at all, and the free Wi-Fi from the airport didn’t extend down here.

I asked, and found the right train, and at 22:41 I was finally on my way to the hotel. After around fifteen minutes I needed to change trains at Berlin Ostbahnhof, but again could not figure out where I was going. I asked again at a ticket office. At first they didn't understand my pronunciation of Hackescher Markt, but when they saw it written down I was directed to platform 11, and told any train would get me there. Fortunately a train was already there, but I couldn’t see Hackescher Markt on the list of stops, so I didn't risk it. Four minutes later another train turned up, and as it mentioned Alexanderplatz I knew that was about a 20 minute walk away, so boarded it.

Once on this final train of the day I realised that there were more stops these trains would stop at that weren’t listed at the station. This one would stop where I wanted it to, and I imagined the previous one would have as well. It being a Friday night, there was a strong smell of alcohol on the train platform when I left, and found a large number of bars seemed to be around the train station. It was noisy, yet my suitcase bumping along every cobblestone was louder. 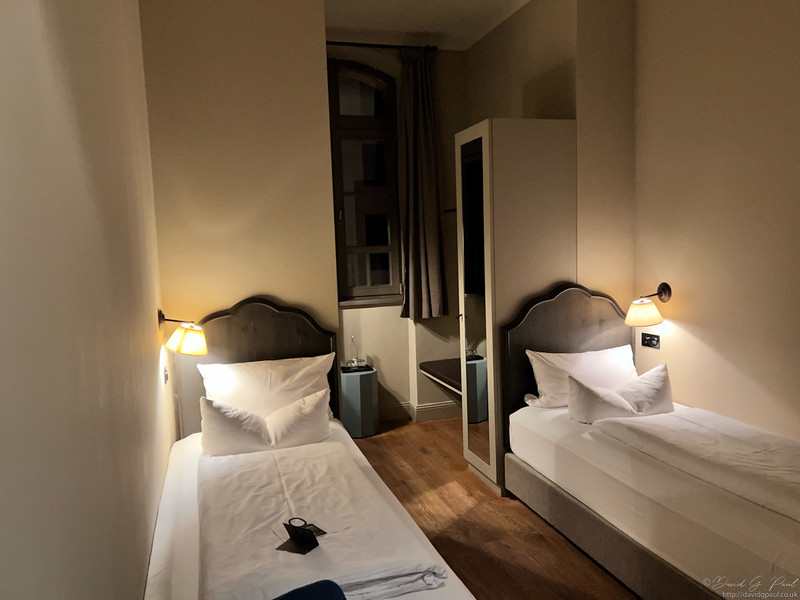 After only a few minutes I found the Monbijou hotel and checked it. My room was completely silent, I could hear no bars, no other guests, nothing. It was close to midnight now, and perhaps I’d get some decent sleep after all.