I’d certainly not quite adjusted to the timezone, but I found I was starting to sleep better through most of the night. When I got up to run in the morning it was light out, but cool. I decided I’d run along Lake Te Anau for a while, but soon ran out of road and was running along a dirt path occupied by rabbits. Rabbits aren’t native to New Zealand - they’re one of the pests they’ve introduced and now can’t get rid of.

Eventually I turned around and headed in the other direction, but again I ran out of town. With nowhere else to go I started running down each street I could find in town but soon got bored. As my watch battery was running low I decided to stop just before I reached an hour. 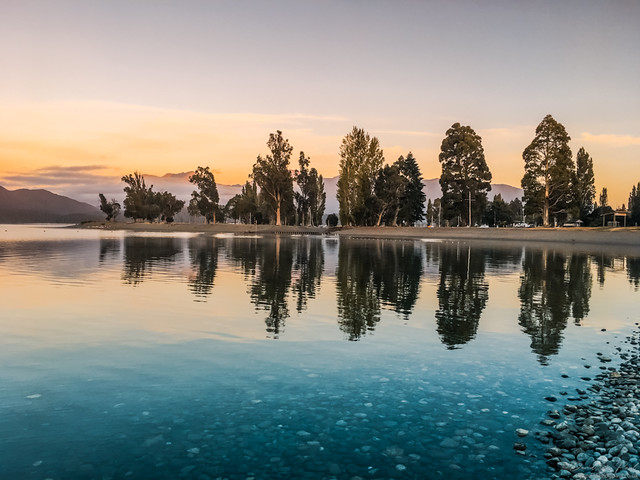 The breakfast at the hotel was NZ$15 for continental, or NZ$20 for ‘cooked’. I was happy I’d gone for the continental as whilst it wasn’t great, it seemed to be better than the cooked one. James went for that, and found the food to be completely cold as the heaters keeping the food warm had gone out. The fruit juices were watered down so much they were little more than flavoured water.

Our pick-up today was 11:30, so we’d got a little time to relax in the room before being picked up. The check-out should have been 10:00, but we’d arranged for a later one - considering they gave us a wake-up call in the early hours instead of whichever room had actually asked for it, I think it was only fair.

Twenty minutes after our pick-up we’d arrived in Manapōuri to meet-up with the boat that would take us across Lake Manapōuri. Before boarding we needed to collect our pre-paid deluxe picnic lunches which we’d paid NZ$27 for. However, I don’t think they were worth the price. It was a cheese and ham baguette, a savoury pastry that tasted awful, a sugary cake that may have been some sort of flapjack, the tiniest bar of chocolate imaginable, and a pot of fruit.

The cruise across the lake took about an hour to where coaches were waiting for us near the power station. This coach took us up over the hills and stopped at a few viewpoints to allow us to take photographs. The last viewpoint was the best - in front of us we could see the valley which Doubtful Sound is within, and the boat we’d be boarding was on its way in. 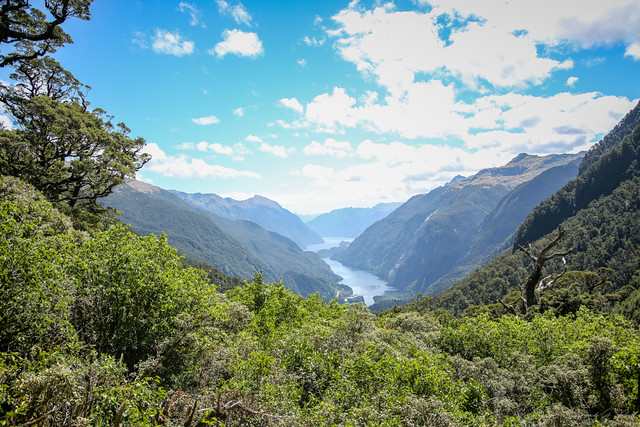 When we got to the bottom of the valley the boat was there waiting for us, and after boarding we were given a quick briefing and shown to the various rooms. This time I was in a quad-share room with two sets of bunk beds. I’d hoped that being under occupied that perhaps it’d get used as a twin-share so wouldn’t be quite as cramped. The other two weren’t that talkative, although that's because I only saw them in the room briefly. I couldn't even have said what they looked like if I'd passed them elsewhere on the boat.

As the boat started to move they served afternoon tea which included a slice of carrot cake, or a chocolate brownie - surprisingly neither ran out. The cruise continued along the channel and eventually passed Secretary Island into the Tasman Sea. It was relatively calm, but the wind was intense. This was a good time for them to unfurl the sails and use them to get some speed - a rare occurrence in this Sound. 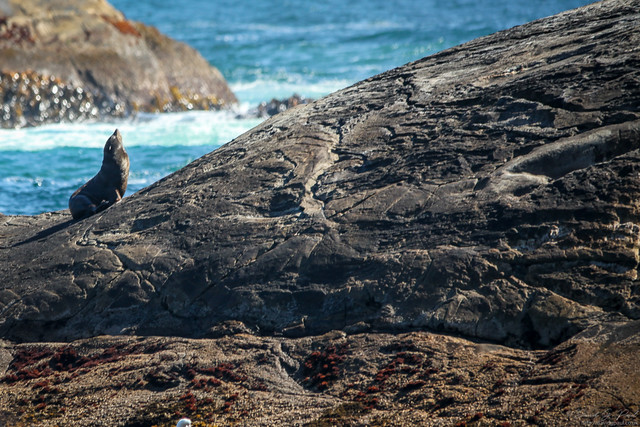 After turning we passed around the other side of some small islands with New Zealand fur seals resting on them, and a lone oyster catcher. Whilst the first part of the trip had been relatively interesting, after the turnaround it wasn’t worth staying outside on the deck in the wind. I sat inside and talked for a while. Eventually they served some red pepper and bacon soup.

Just like in Milford Sound, the soup was followed by an excursion, but this one was not as good. We couldn’t go anywhere to hike - we had the choice of either kayaking, or taking a tender boat around the bay. I went for the tender boat so I could use my camera, but it was that boring I barely needed to touch my camera. Almost everything could have been photographed from the ship, and the driver spent most of the time following the kayakers to make sure they were doing okay. I couldn’t actually think of a boat tour that had been as boring as this one. 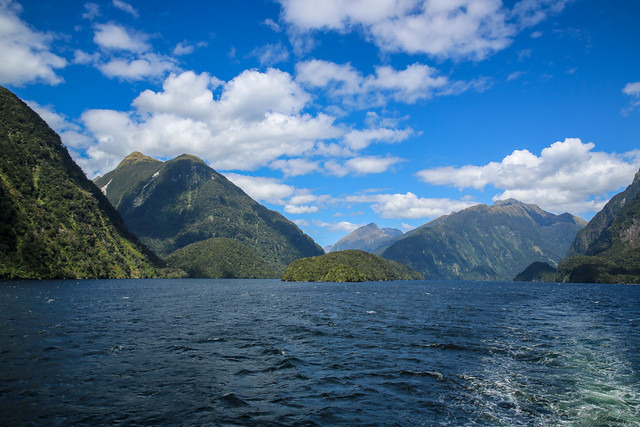 From the boat we got close to the scars in the mountainside that we’d seen from the ship. These breaks in the trees are caused by slippage which happens from one of two things: either when a tree becomes too big for its roots to hold it, or when there’s a lot of rain. This might sound odd, but there’s no topsoil on this mountainside - the trees grow on top of a layer of moss and to a degree support each other. This is why the weight, or the amount of rainfall can cause the slippage, even though it’s the high rainfall in this area that makes the foliage possible.

There was a chance to swim in this cove; but I didn’t feel like that so sat around until they served a buffet for the evening meal. They had a pretty good selection, with beef, lamb, salmon, and mussels. They even had a little chicken - just not much of it. The desserts were a selection of chocolate cake, cheesecake, pavlova, rhubarb crumble, and a cheese board. I did however prefer the boat we’d had in Milford Sound - it was better with fewer people, and the food although lacked the choices, was better.

Once they’d done serving the meal it was 22:00, and time for a presentation on Doubtful Sound. I decided I’d rather sleep.