I slept very little after going bed at 01:10 - I found myself waking up frequently yet was still wide awake at 06:00, and ready to get breakfast at 07:00. We’d given ourselves two hours to get ready just in case traffic reports indicated it’d be a slow journey.

For once the M25 was almost empty: a sight never before seen by myself - it’s usually like a car park. It meant we’d got more time for relaxing in the British Airways lounge with as much food and drink as we wanted. When we arrived they were serving breakfast; but unfortunately this changed to lunch too late for us to partake. It’d have been nice to try the Moroccan meatballs.

We were amongst the first onto the plane, and seated on the front row. Even though this flight was but 75 minutes they offered a choice of three meals to business class customers. I went for the ham and cheese option that also came with a small amount of lettuce, a warm bread roll, and a chocolate dessert. I certainly wasn't going to be going hungry this morning.

Immigration was so easy that we were almost the only people in the queue to start with - fortunate as there were only two desks. It almost seemed like they’re not used to that many arrivals in Geneva - or maybe for flights that are almost empty they’re able to switch to a small area.

This took us straight into baggage collection where the ‘priority baggage’ stickers meant nothing. They were mixed in with all of the others and would arrive in any order. It seemed quite unusual for business class. One thing this airport does have going for it though is its transportation system. You can get a free eighty minute ticket from the baggage hall to get into the city using bus or train. 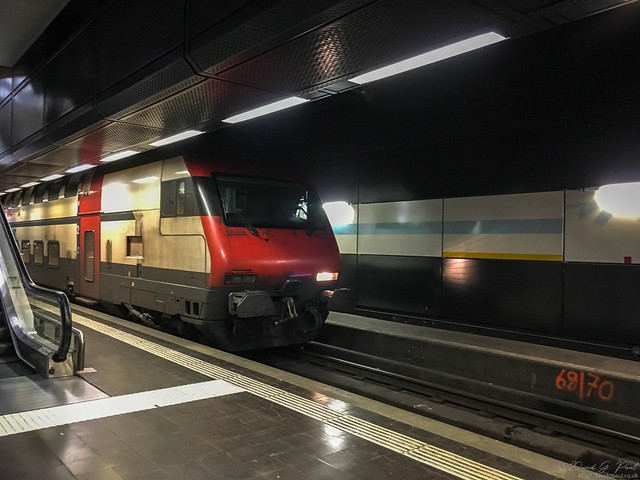 We took the train due to the time of the day - this was on the far end of the airport and underground where four platforms were located. What arrived was this big double decker train that took only seven minutes to reach the city. Even from there it didn’t take long to reach the hotel which was a couple of hundred metres away. The building was old - possibly built a couple of hundred years ago but was renovated almost a decade ago. The rooms were small, but would do for the time we’d be there. 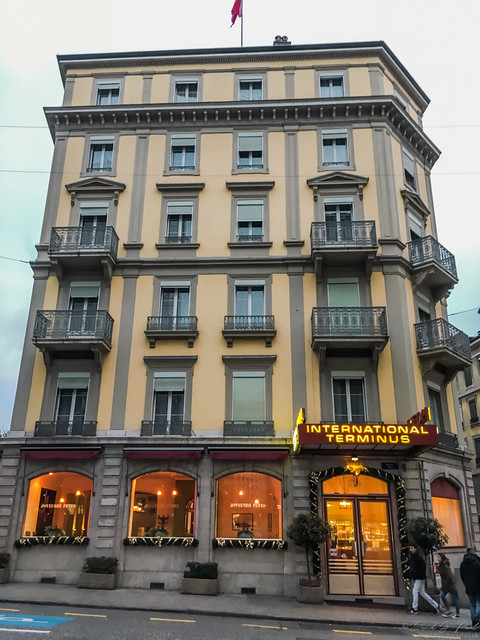 After dumping our bags we headed out into the city as night was falling. Most of the restaurants we passed were as expensive as we expected, and mostly closed. The exceptions were the fast food places which weren’t quite as bad. After we’d explored a little, we went to Burger King and got a chicken burger meal for almost 17 Swiss francs (around £12) which would have been a little under £7 back home. The value of the British Pound plummeting after the Brexit referendum was really having an impact on travel. 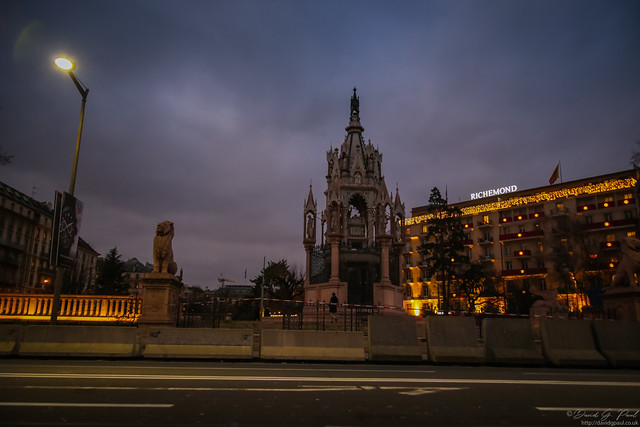 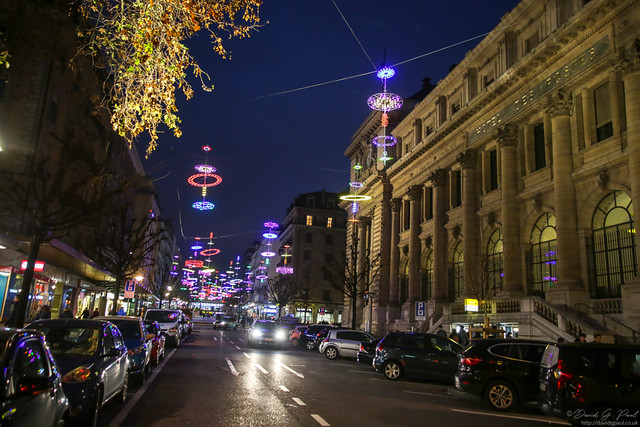 This was enough for our first day, so headed back to the hotel to relax - we’d have plenty of walking to do in the morning.