Five years to the day since I set off from Tierra del Fuego on the adventure of a lifetime - the voyage to Antarctica. True, I’d flown to Argentina a few days previous, but it was New Years Eve the real adventure had begun. This New Years Eve was another spent away from home to begin a different adventure.

It was an early train from Leicester to London, but it was worth the effort. I'd not slept that much by the time my alarm went off at 06:00. The City was filled with Christmas decorations that I eventually saw lit up - it was so different to the decorations on the streets back home. On a different day I may have stopped to take pictures. Once my time in central London was over, the sun had already set and the streets were starting to get busy. People were crowding around Piccadilly Circus for the fireworks that would be set off at midnight. It was that busy that some of the entrances for the underground had been closed to try and reduce congestion. 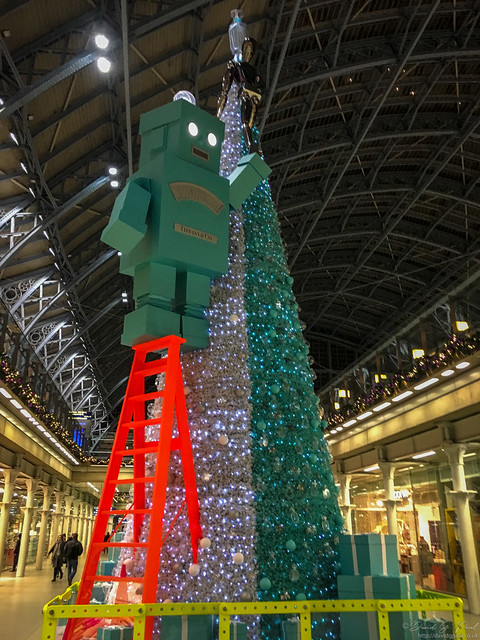 I did however make it to St. Pancras so I could take a train onwards to St. Albans. I’d not booked my ticket for this bit as I wasn’t totally sure what time it’d be, so I purchased one from my phone as I walked to the station and collected it from the machine. The wait wasn’t too bad, but I did take the wrong train.

The first train was a slow one which would arrive in St. Albans after the second one. I’d seen a train leaving as I got there and thought it to be the first of the two I’d looked at - but it was not. So when I got on the next train I soon found it to be the slower of the two. It didn’t really matter though - James and his parents were not yet home, and even with thirty-five minutes of walking from the station to their house I arrived about five minutes before they did.

I’d be staying there overnight ready for the flight to Geneva in the morning. A couple of other friends were there too, both of whom James knew from our days at the University of Leicester. As I’d already eaten whilst in central London, I sat and talked to them as they ate with James’ parents, and then sat and talked in their living room until the clock struck midnight. A new year was upon us.