With a pick-up at 08:00, we had no chance of going for breakfast so ate the supplies we’d bought the day before. We were then picked up and taken to the dive shop where we filled in the usual waiver forms for diving and confirming that we were medically safe to be diving. Once this was all done we drove for 20 minutes and arrived at a cenote called Chac Mool.

To start with we were shown the two entrances to the cavern system we’d be using and then went through a short briefing detailing where we’d be going, the safety precautions, and what we would be doing. Back at the car we prepared the diving equipment and then headed to the entrance for the Kukulkan cavern system. Once we’d done our buoyancy checks we then descended into the cavern and followed the guide rope around. Some of the route was pretty dark but it was impressive to see the beams of light shining down from the cavern entrance. Around the entrance there were also some rock formations that were impressive, but I found difficult to photograph as the camera struggled to focus in the dark. 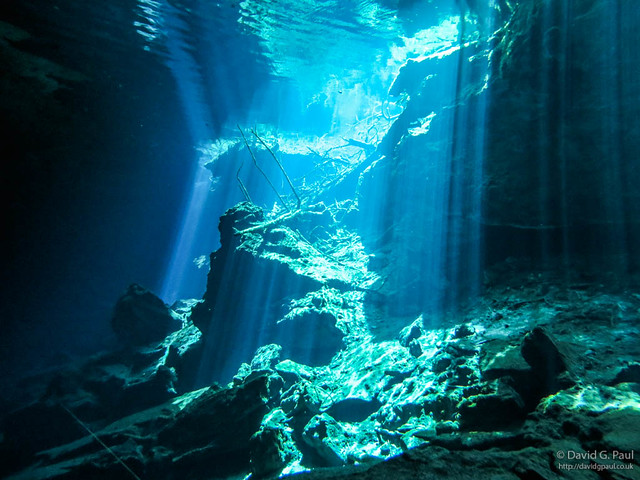 As the dive approached half way we descended to around 13 metres and found that my right ear was struggling to equalise and experienced some pain. I tried repeatedly but it wouldn’t equalise, but eventually it seemed to as we started to ascend again. We then toured a little around the area near the opening before surfacing. On the surface I found my right ear wouldn’t clear but thought nothing of it – it’s not that uncommon for ears to take a while to clear. 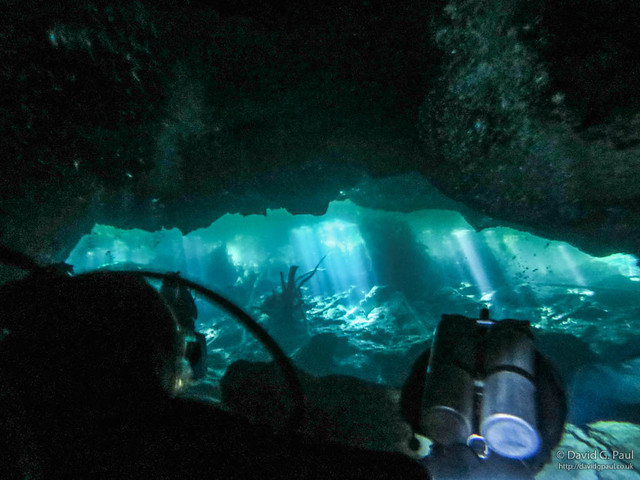 Back at the car we drank some water and prepared for the next dive. Due to these being shallow dives and in freshwater we were told that the surface interval didn’t need to be so long. We then headed back and this time entered into the “Little Brother” system. This time the entry felt colder, presumably because this entrance is underground already so is out of the sun. Though we’d have also lost some body heat from the first dive anyway. 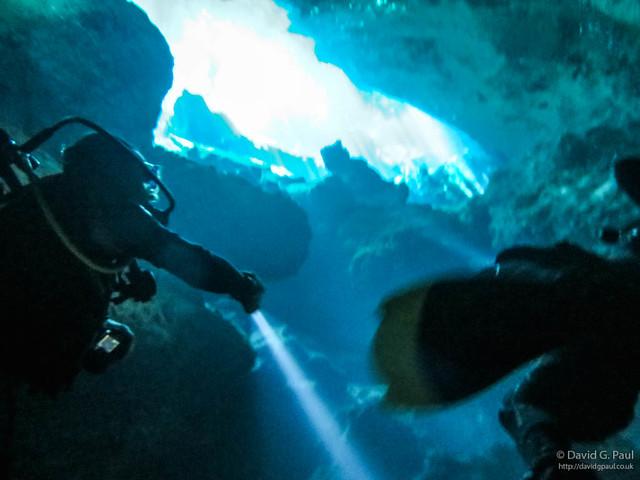 Again my right ear just wouldn’t equalise and at one point was getting painful, I wanted to ascend a little but the stalactites underwater made that difficult. Eventually we reached an air pocket in the middle of this route where we could take off our face masks and regulators and talk with tree roots protruding from the roof above our heads. 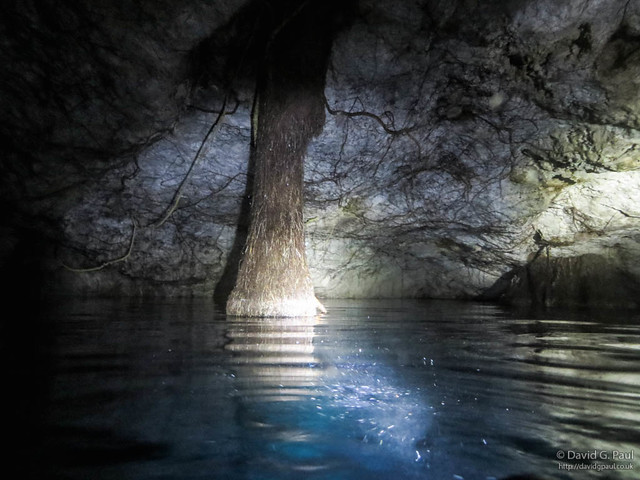 When we next reached the surface it was at our exit point, and I was told that I’d got blood all over my face. At first they thought it could be from when my friend kicked me in the face with his fins (by accident), though after washing my face in the water we determined the blood was from my nose and a result of the issues with equalising. My friend then commented “He’s covered in blood again. Why is it he’s always covered in blood?” – a quote from the character Ginny Weasley in “Harry Potter and the Half-blood Prince”. At this point my ears still wouldn’t clear so I wondered if I’d done damage to them. 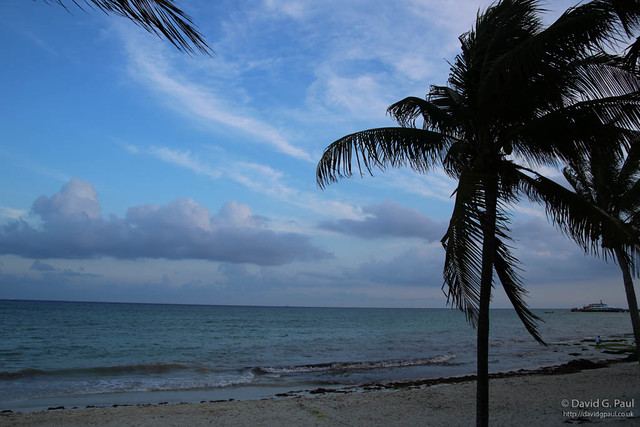 After putting away the equipment we had the lunch which was provided and stood around in the sun, getting bit by insects – we were back in a jungle environment after all. The food wasn’t too bad and they’d even provided a pack of cookies for us to eat as well.

It was only a short drive back to the hotel from the cenote and for the rest of the afternoon we relaxed in and by the hotel pool. I got a little burnt, but my main thoughts were on how my ear still wouldn’t clear and how the noise from that ear was making it difficult to hear clearly with the other. I couldn’t help but think I wouldn’t be able to do another day’s worth of diving if they didn’t clear as the blood kept making me think I’d done some damage to them and didn’t want to make it worse. 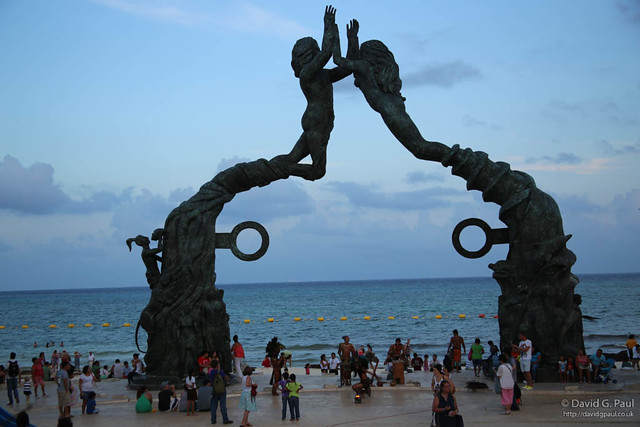 In the evening we wandered around to see if it was an option to photograph the sunset, but it wasn’t a very good one so decided not to bother. Around this area there were performers in Mayan costumes dancing and playing instruments underneath an arch. Eventually we went looking for somewhere to eat as the day came to a close.