I was awake long before I expected to be, after only 5 hours of sleep. It seems that was enough rest even after 26 hours of being awake. The breakfast at the Hotel Fontan at first seemed like it might be very good, but in reality there was very little I liked. I went for a couple of slices of toast, a couple of rolls and some pineapple. The orange juice also turned out to be orange squash. As the hotel’s restaurant is on the tenth floor it did mean that we had a good view of the city, and through the mist (or smog) we could get a rough idea of where the surrounding mountains (or rather, volcanoes) were.

After breakfast we quickly got ready and then met the tour guide at around 10:00 in the lobby. He led us to the Hidalgo metro station and we took the train to Zócalo. The official name is Plaza de la Constitución but the locals know it better as Zócalo, which in Spanish means “plinth”. During the pre-colonial times it was the ceremonial centre of the Aztec city of Tenochtitlan and today remains a major gathering place in the historic centre of Mexico City.

The metro station can apparently get quite warm and is not air conditioned so they have barrels of water there which the locals can drink for free. I got the impression that it’s pretty rare for the locals to see white tourists on the metro, as we were looked at constantly, but our destination was only a few stops away. 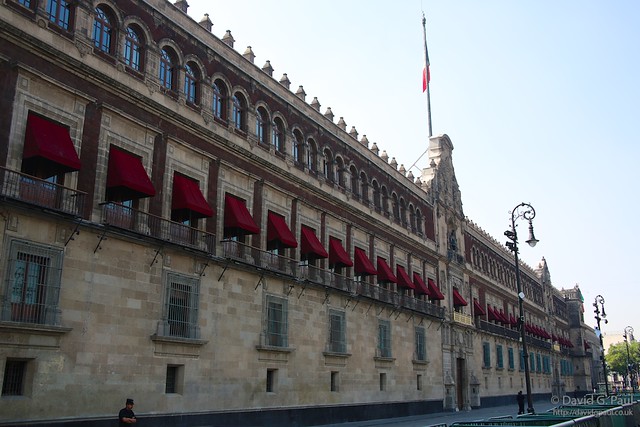 Our first tour of the day around Zócalo was the National Palace – the residence of the Mexican President built under the orders of Hernán Cortés. In pre-colonial times this was also the site of the royal palace of King Montezuma – the ninth tlatoani (ruler) of Tenochtitlan, who reigned from 1502 to 1520 during the Spanish conquest of the New World. The stones of Montezuma’s original palace were used in the construction of this new one – something which was common in South America in places where the Spanish had conquered; something we’d seen extensively in the Peruvian city of Cusco.

Whether or not we could visit the palace was dependent upon whether or not they had enough guards for them to open. The reason they may not have sufficient guards was that every May 10th is Mother’s Day in Mexico and it is common for people to not turn up for work that day as the city celebrates this in a pretty big way. It is pretty much a 24 hour celebration as even when we arrived in Mexico City in the early hours of the morning there were already people celebrating. 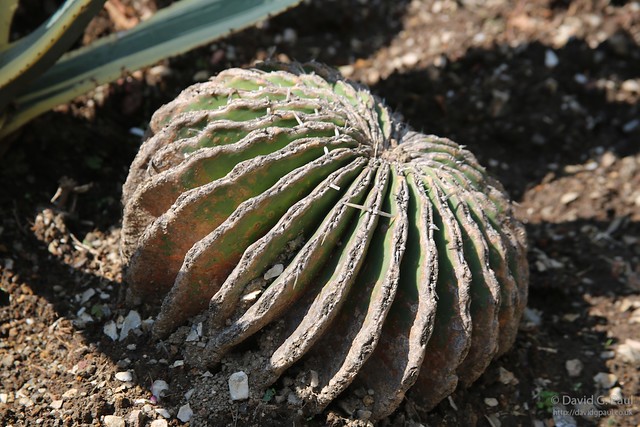 For entry into the National Palace they do not allow you to wear hats or sunglasses and must remove them before entering. They also don’t allow water and includes a security check. Our guide then spent the next 10-15 minutes talking about cacti and various other plants, such as how the nectar from the agave plant is used in the production of tequila. 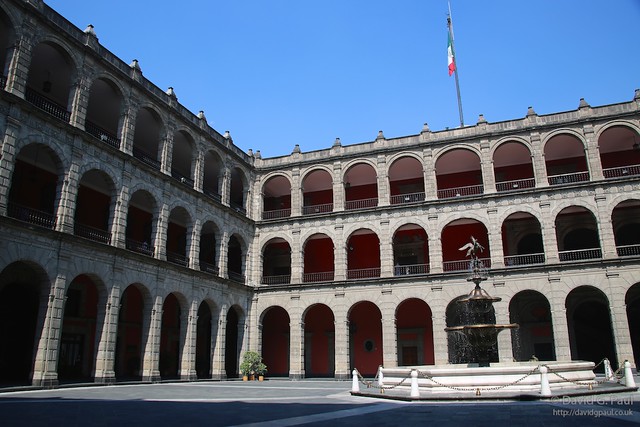 Eventually we moved on and he led us into a large courtyard which has a large fountain and some steps up to the second floor. On this back wall is a large mural created by Mexican painter Diego Rivera in 1932. Further examples of his work can be seen all around that floor and depict Aztec life in Tenochtitlan (what is now Mexico City) during different periods. One of the murals also depicts how Mexico City was once a floating city (similar to Venice) built by the Aztecs around an island in Lake Texcoco, before the lake was destroyed by the Spanish. 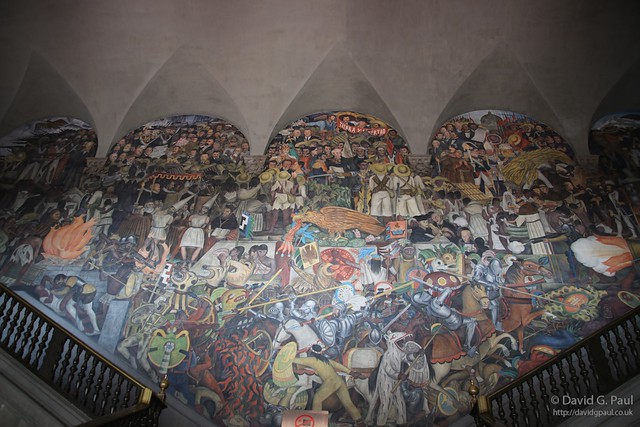 As the Anthropological Museum was reported to be extremely busy, our guide instead decided to take us to another local museum – Museo del Templo Mayor. The outside section of this consists of some Aztec ruins of pyramids, discovered during some construction, which demonstrate how every time they needed to increase the size of the temple pyramid they built over the top of the existing one. Inside the museum they have a lot of archaeological finds from all over Mexico City. Eventually our guide left us to go around the museum by ourselves so we could concentrate on photography and then met back up with him outside. 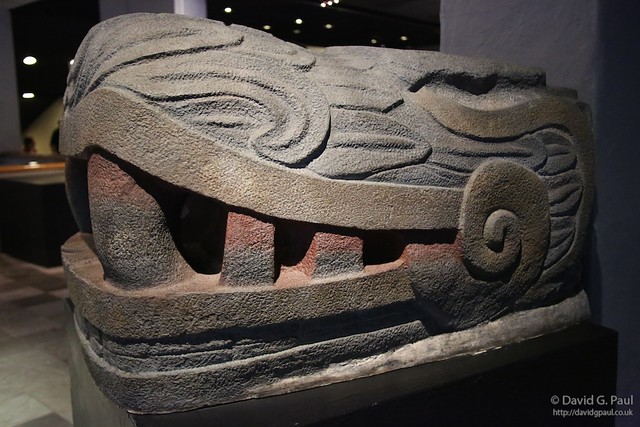 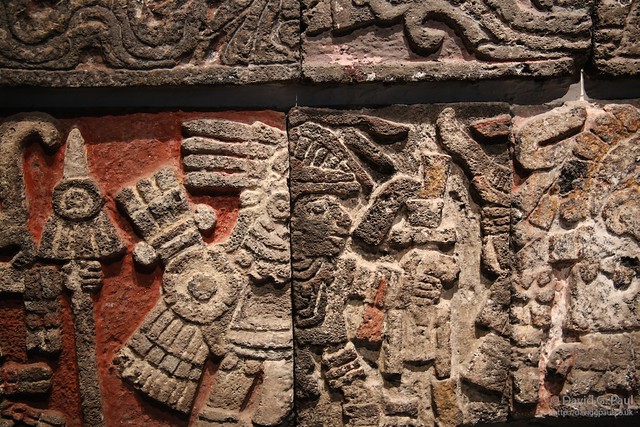 Up until this point I thought we’d been going pretty slowly, but apparently this was deliberate so that the service in the cathedral would finish so we could look around inside. This cathedral is known as the Mexico City Metropolitan Cathedral of the Assumption of the Most Blessed Virgin Mary into Heaven (or in Spanish, Catedral Metropolitana de la Asunción de la Santísima Virgen María a los cielos). Not only has it got a very long name, but it is also apparently the largest cathedral in the Americas. It turned out there was still a service going on, but we got to look inside anyway. According to our guide there are usually seven services that take place during a Sunday so it’s no surprise that one was taking place. 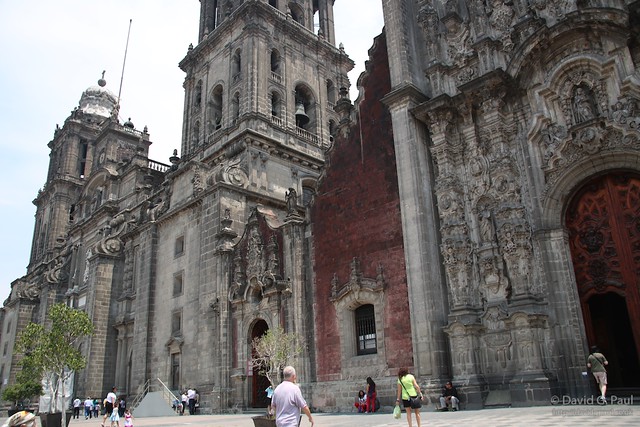 The cathedral has been victim to one of the common problems in Mexico City – subsidence. Although there is no apparent damage on the outside it has had some work done to it to reduce the amount it leans. At one point it was apparently bad enough for the columns inside the cathedral to be noticeably at an angle. It has cost the government a lot to try and save the cathedral, and apparently their attempts so far have failed. 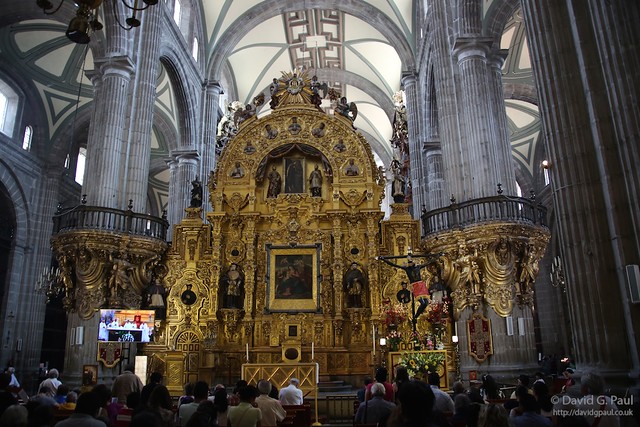 After several photos there we returned to the metro station and headed back. As by this time it was passed 13:00 we decided that as it seemed we weren’t going to be given a break for lunch that we’d stop by Subway on the way back to the hotel. I ordered a 6” steak and cheese sub and a can of orange and then ate this back at the hotel as we waited for the driver to sort out the transportation for the afternoon. By the time we’d eaten our subs he was already there waiting in the lobby.

For the first part of the afternoon, Benjamin – our guide, drove us around the city and pointed out sights. There weren’t that many of them and the only real one of note was an impressive arch that was not far from the hotel. This archway is known as The Arch of the Revolution which commemorates the Mexican Revolution which began in 1910 and then continued for the next decade. This revolution was not just a revolt against the government but also a civil war with much bloodshed on both sides.

Our guide dropped us off at the Anthropological Museum so that we could view this and make our own way back to the hotel. He forewarned us that admission would be 64 pesos, and that for 11 pesos we could get the bus back to the hotel or walk 4km.

The museum was quite large, and was good value for money considering how much there was to see. Starting on the left hand side as you enter it follows Mexican history from not just pre-colonial times, but stone ages times all the way through to more recent days. As part of their “stone age” area they even have a partial skeleton of a wooly mammoth. There were also a lot of artefacts carved in stone and in obsidian, some of which were humongous. Outside they also have a court set up which demonstrated the ball game (Ōllamaliztli in the Nahuatl language) Aztecs used to play which it is believed was used to represent the passage of the sun. 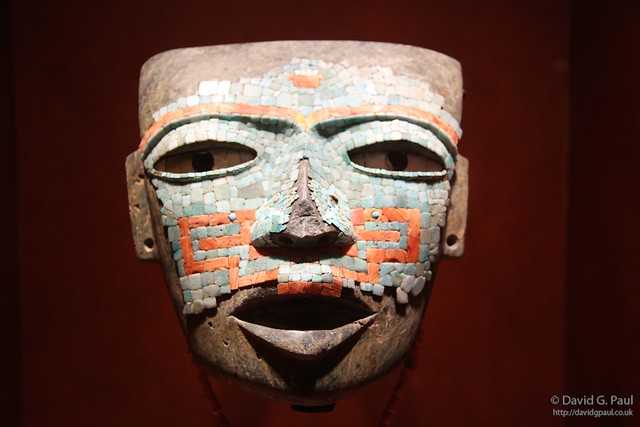 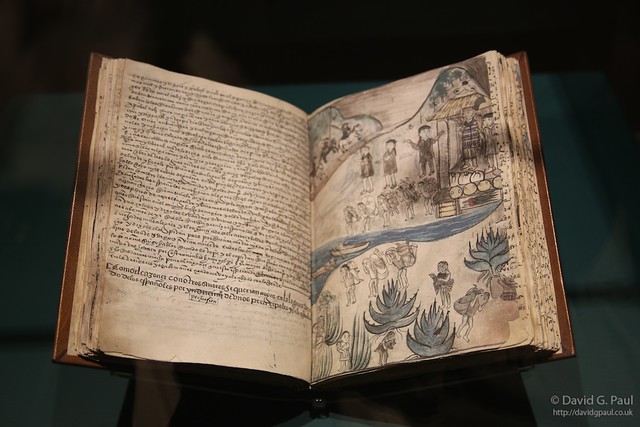 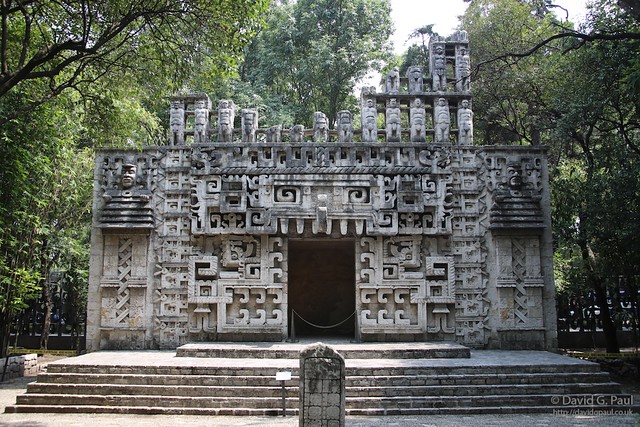 It took almost 2 hours to cover the majority of the museum at a reasonable pace, and before we left we stopped by their restaurant to get a drink. There wasn’t a massive choice available on the menu so I decided a bottle of mineral water was easiest.

On the 4km walk back to the hotel we did hear thunder a few times, yet it never actually started raining. Despite our expectation of rain it turned out to be a very warm and humid day. We got back to the hotel for about 18:00 and relaxed for about an hour before heading back out to get dinner at Sanborn’s cafe – a local restaurant where none of the waitresses spoke English.

I went for chicken breast with vegetables, and this was followed by a chocolate sponge cake. The whole meal only cost 200 pesos per person inclusive of a reasonable tip. It already seemed apparent that the food on this trip would be good value, and it was nice to use a local restaurant.