To get to the ferry crossings on time we had to go for breakfast at 07:00, and by 07:20 we were done. Oskar was good enough to provide some bags so we could make some sandwiches from the breakfast to take with us for the journey, and then started getting bags loaded onto the sledges. Whilst waiting for the others to catch up I took some photos of the huskies from a distance.

After an approximately 40 minute sledge ride we were back at the minibus to find they weren’t as snowed in as we expected so it looked like that area hadn’t had as much snow. It did however still take some digging and all of us pushing to get it out. Phil’s car however had a totally flat battery and about 20 to 30 minutes was wasted trying to get it to start, despite it being a hopeless case. We then drove to a house where Oskar was dropping of a snow scooter for the next tour and gave him a lift back. Our journey back to Tromsø had then begun in earnest. 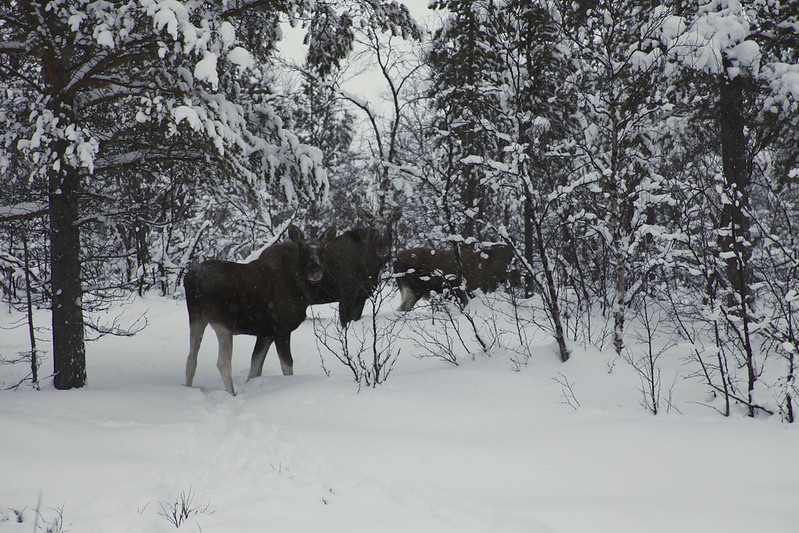 The journey back was a longer route as we drove up to Alta and along the coast, driving alongside impressive fjords. Our first stop for photos was when we went through what was somewhere between a ravine and a valley. We then stopped again at a fjord where during World War 2 the German Bismarck-class battleship Tirpitz was severely damaged before eventually being sunk. 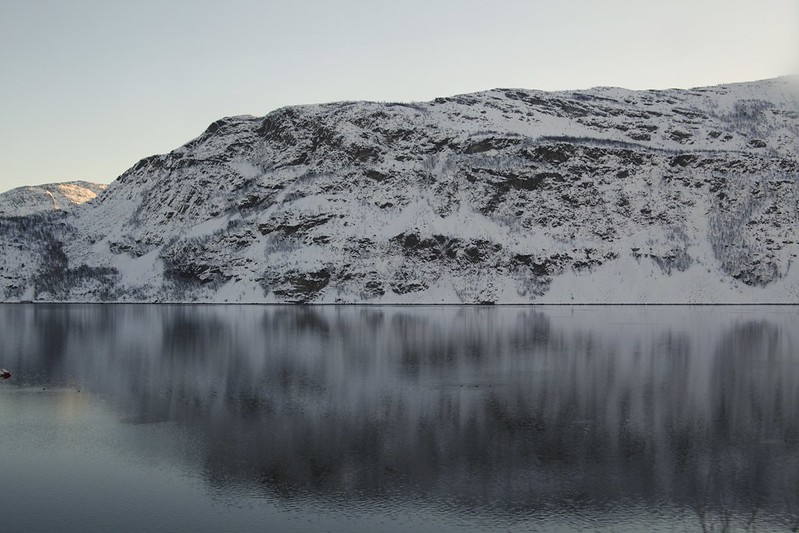 The Germans had thought this boat unsinkable, but on 12th November 1942 the Allied forces bombing run using Lancaster bombers equipped with “earthquake” bombs, more formerly known as the Tallboy bomb, was able to sink it. Months previously it had been at this fjord where a Tallboy bomb struck the ship and went straight through before exploding on the seabed. 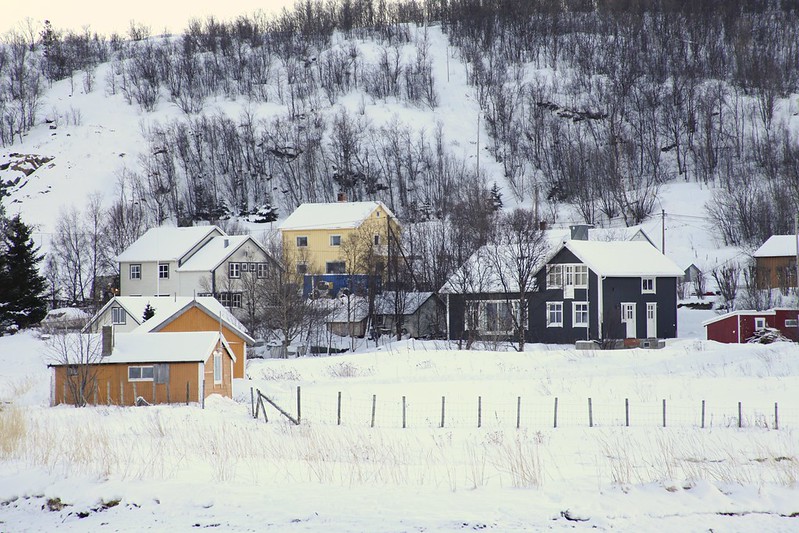 Our next stop was in a small coastal village called Tolvik where we stopped for fuel. Here I took photographs of the different coloured houses, their church, and fishing boats. After this we didn’t stop again until we reached the first ferry crossing. Due to messing around trying to get the car to start earlier we thought we’d miss the boat, but we got there with 3 minutes to spare. On this crossing I had a hamburger for 55 NOK and it actually tasted really good. There was then time for a few photos outside before the ferry pulled into Lyngen. It’s then a 40 minute dash across the island to the next ferry which is a 25 minute crossing and took us about an hour away from Tromsø. 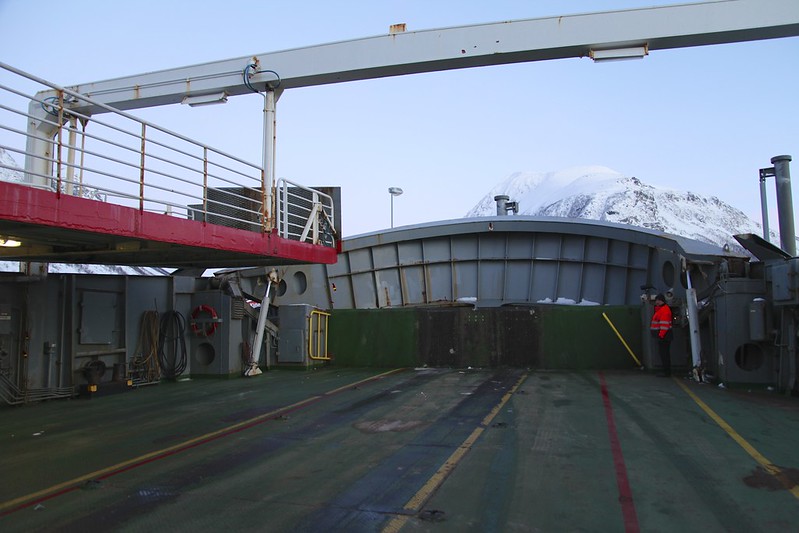 As soon as our rooms were sorted it was great to have a shower again, but the relaxing didn’t last long as this was our last chance to see the Aurora Borealis. To save time we went to Burger King at 19:00 where I managed to spend 93 NOK on meal before we headed off to find a spot to hopefully watch the aurora from. By 20:00 we were set up on one side of a lake on a location that did have light pollution, but not much of it. Already we could see the northern lights dancing across the sky, even with the naked eye; a great improvement over Iceland already.

As the night went on it colder, but the aurora kept improving and then fading, then improving once more so we persevered. It was an amazing sight watching arcs and wisps of green light wave across the night sky, and through the camera we were picking up reds and yellows in the lights. By the time we’d done there had been incredibly bright displays, double arcs of light, and I’d seen my first ever “shooting star”. At 23:45 we called it a night and headed back to the hotel even though we knew it was likely to get better, the cold was getting too much for some. 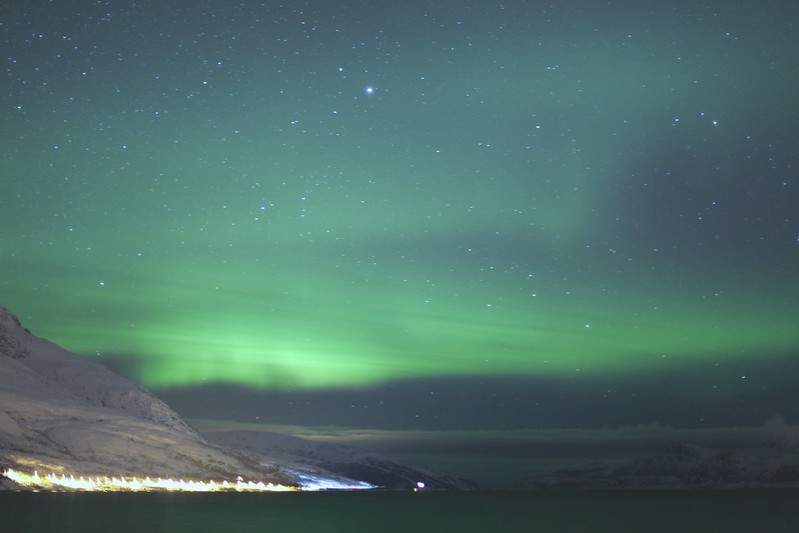 At least we had seen what we’d set out to and got a performance better than we’d hoped for, and experienced so many things during the course of a week.