Finally it was time to head home, but before that we had a few hours to spare to look around Tromsø. As there was no great rush it meant getting up at 08:00 was possible. Breakfast was a welcome change from having mostly cheese and bread and by 09:30 we were ready to explore the city for a couple of hours. 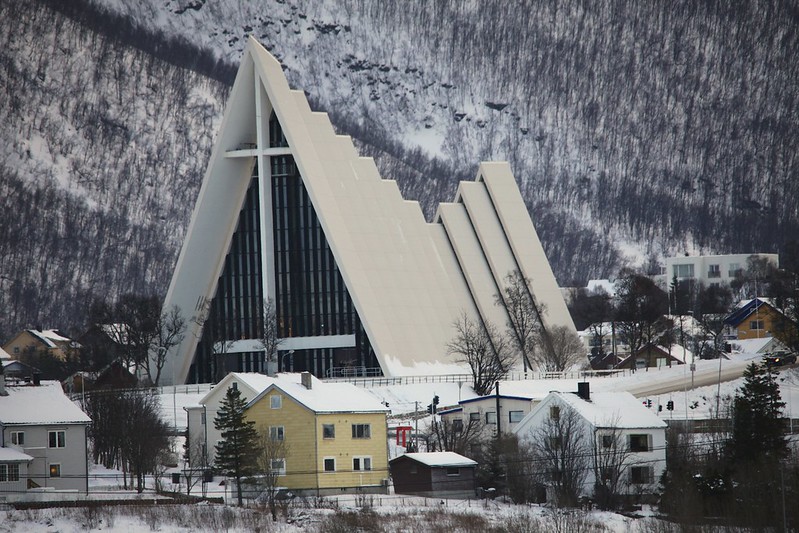 We were dropped off by Alister at the Tromsø cathedral and then walked into the city over the large bridge. As I wasn’t in my cold weather gear by this time the cold wind blowing across the peak of the bridge was chilling. From there we wandered around to try and find a way to the waterside so we could photograph the cathedral sideways on across the water. Eventually we found we could get down the side of the polar museum.

Whilst photographing the cathedral we spotted an Indian U-boat moored up so we headed around to it and stood for a while taking pictures. From there we wandered around town taking photographs of buildings and statues before catching a taxi from near the Catholic Church. It took 5 minutes to get back to the Scandic hotel, and as it was 11:35 we then had 25 minutes before we had to meet Alister in reception. 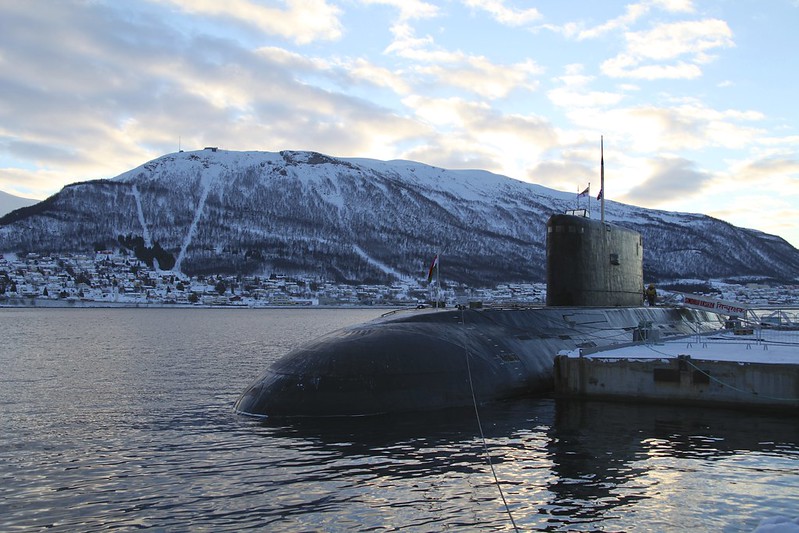 The airport is so close that it only took about 5 minutes to get there. Once we were there we then had some “fun” with the Scandinavian Airlines ticket machine. It checked us in and printed boarding passes okay, but it crashed whilst printing our baggage tags. It flashed up with the Windows XP desktop and a DOS prompt before rebooting to say “Out of order”. We went to their services desk and after explaining it was a new system, and many attempts at printing they finally managed to print it. My luggage then had issues at the baggage drop and they thought it might be overweight, despite it saying 17.4Kg and the limit being 23Kg. I was a little unsure at this point if I’d see my luggage when arriving in London.

The flight left Tromsø 35 minutes late and got into Oslo at 16:05. This didn’t give us long to get to the opposite side of the airport, buy food and souvenirs in time for the 17:10 flight. I went for a chicken tikka baguette for 79 NOK and some water for 30 NOK. In terms of souvenirs there wasn’t a great deal of choices available so I went for a silver Viking boat or 299 NOK (approximately £34). As it happens the boarding for the flight was chaos so it didn’t leave the gate on time anyway.

We arrived 10 minutes early in Heathrow and to through customs and baggage collection very quickly, however due to heavy traffic on the M25 our lift had not yet arrived. By the time we left it was 20:00.