It was a long night, one of the others in the room had set an alarm for 02:00 so he could get up and check for an aurora. A while later he returned to say there was a very faint glow, though I didn’t bother to get up as it sounded no better and maybe worse than what we saw in Iceland. The same person also snored most of the night keeping everyone else in the room awake. By 08:20 our fire had gone out, and the fire in the hall had died down so there was little choice but to get up.

Breakfast included a mild cheese and also a nice goats cheese that looked like chocolate. Out of the available cheese I actually preferred the goats one and found it’s sweet taste made it taste more like a strong cheddar. There was also bread, jam, hard boiled eggs, dried reindeer, fish eggs, and smoked salmon. This was quite a long break whilst people talked around the table. 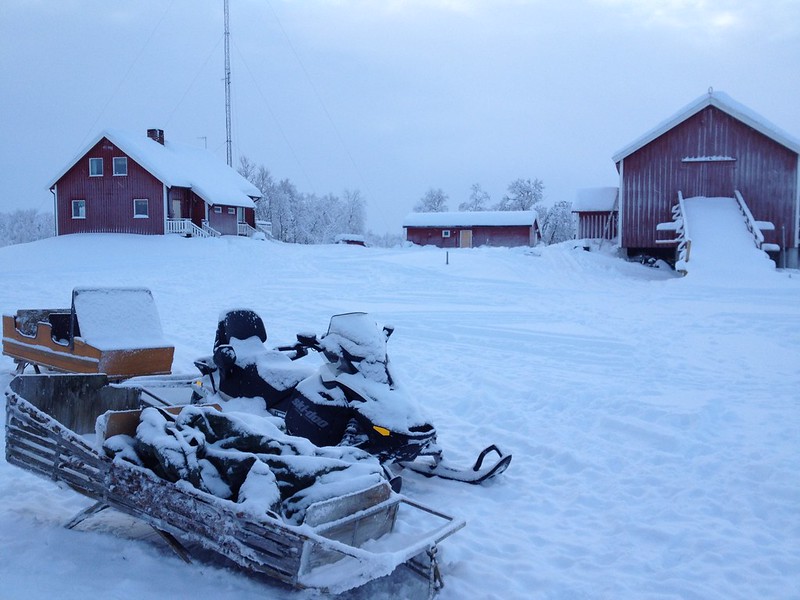 It wasn’t until around 11:00 that we geared up and headed out on the scooters for a while. Most the group got to drive the scooter at that time, although I didn’t have the opportunity, I did get to sit on the back of one to record some video. A couple that were on the trip had walked out onto the frozen lake that was not really thick enough for going on so had to be brought back which I think is what cut the excursion short.

Lunch was at 14:00, this time there were a couple of extra people up from Karasjok. Though they were gone by the time we started eating. It was kind of similar to breakfast, but with the reindeer soup leftover from the day before and fish cakes. Alister looked up the forecast for the day and although the solar activity was looking good, the weather did not. It had already started snowing again and by sunset the clouds had thickened making it very unlikely we’d see anything once again. As it grew darker there was little change in the weather so I didn’t bother setting up my camera. 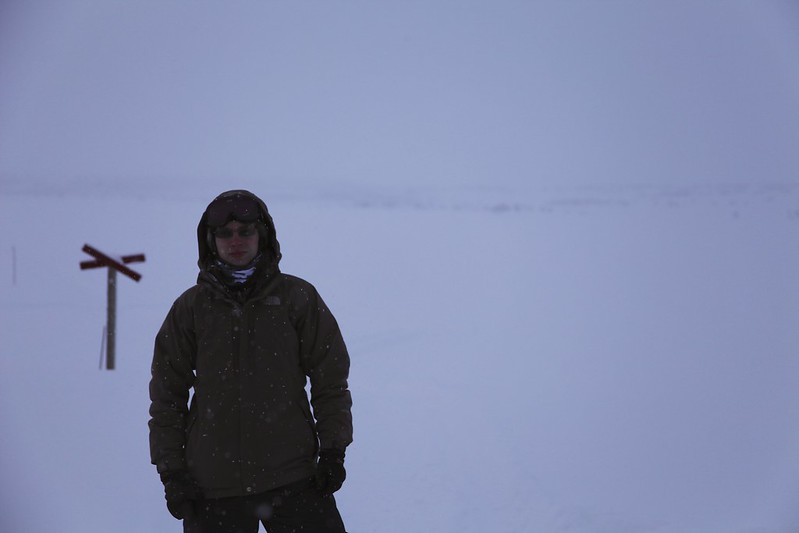 After a couple of hours it looked like the clouds might clear as a couple of stars appeared. Everyone rushed to assemble equipment to deploy it outside the cabin but by the time we were out the cloud had returned. I didn’t take my camera out though, only my tripod as I didn’t want to risk my camera freezing up too early. I’d been out between the report of the break in the clouds and getting my tripod and at that point it did seem promising with 7 stars being viewable. Instead we went for dinner whilst we waited for another break in the clouds.

This dinner was halibut, potatoes and carrots, but as I don’t like fish I didn’t have any meat. Though this time we had a dessert – a sort of blueberry mousse with actual fruit in it. For the next few hours the group sat around talking until there was reports of a minor aurora sighting. This time I got my camera set up and for a while took a number of test shots whilst waiting to see some activity. 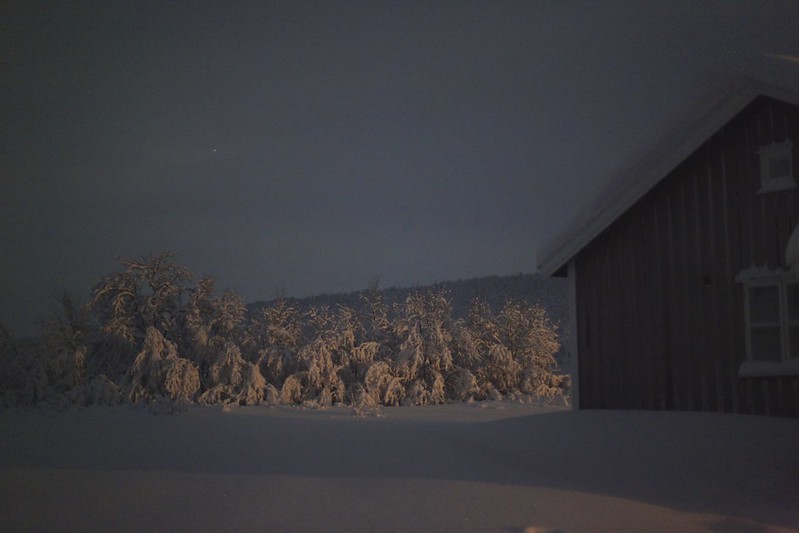 By around 21:15 I headed back into the hut due to the return of the clouds. Whilst we’d been outside Oskar had returned with two Mexican girls who were going to help him for the next few days. One lived in Karasjok, and the other was visiting from Mexico City.