For our first full day in Norway we had to get up at 06:45 so there’d be time for showers and finishing packing before a 07:30 breakfast – we needed to be out the hotel by 08:00. By 08:30 we were on the road and heading for Karasjok. After exactly two hours we crossed the border into Finland – a customs building that just waves you straight through. For hours there was nothing but wilderness, but we saw the occasional reindeer. Just in time for 12:00 we arrived at a gas station with neighbouring souvenir shop. It was a last chance to get supplies before arriving at our destination. 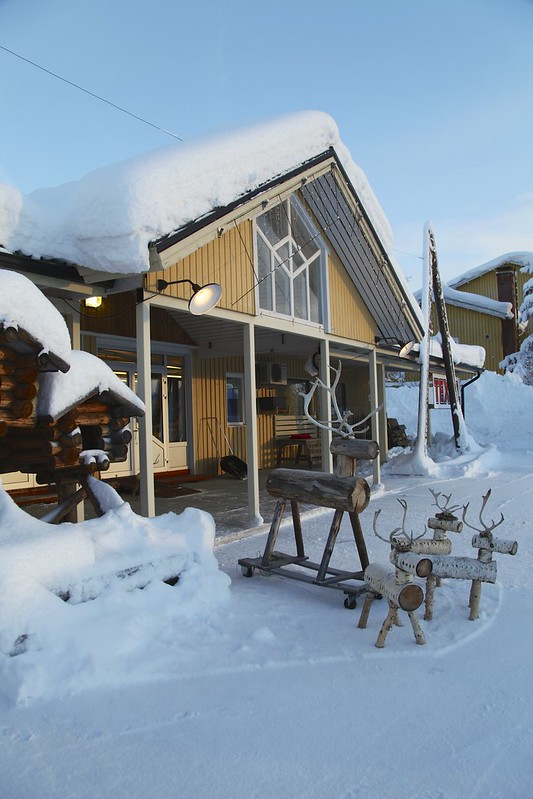 Whilst at the gas station we took advantage of the cheaper Finnish prices to get food, drink and souvenirs. By 12:30 we were back on the road again. Early on we saw unusual rainbows in the distance that were like straightened rainbows, the locals call them snow dogs.

At 13:50 we crossed back in to Norway and the weather started to get worse. Snow fell for some of it, and eventually it turned to fog as the temperature dropped over a short distance. The car following us at one point ended up sideways as it tried to avoid oncoming traffic and hit the soft snow bank. Fortunately Phil, the driver, was able to get the car out and continue the journey. 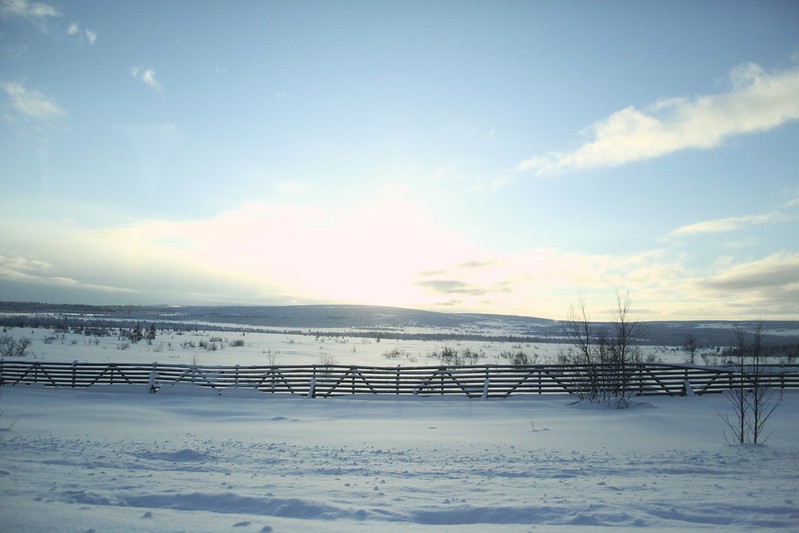 As we got closer to Karasjok the temperature dropped to -22C and at some points the fog reduced the viewing distance to 5 metres.

We got to Karasjok and switched to snow scooters and sledges at 15:50, after having travelled 540km. At this point everyone added extra layers ready for the scooter ride, though before we could start loading the sledges with equipment we had to try and get the car behind us going so it could get off the road. Most of the group tried to push it back and forth but we couldn’t move it due to it being grounded on snow and the wheels were just spinning. Eventually we had to unload the car and with the entire group pushing and lifting we got the car moving so it could park up behind the van. 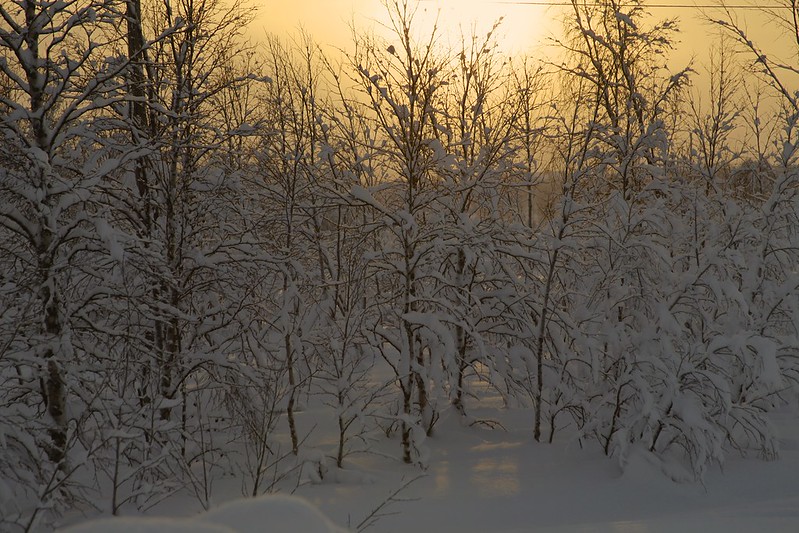 There were 2 scooters both with sledges that could carry four people, two side by side. Once in you could then cover yourself with reindeer furs to try and keep warm. I don’t know if the actual temperature had dropped anywhere along the way, but when you’re travelling at 60mph across frozen lakes the wind chill makes the temperature feel 20 degrees cooler. The journey by scooter lasted close to an hour and was approximately 20km. There were numerous times I got hit in the face by branches which coated me in snow. It felt kind of surreal though, driving fast through trees and across the ice over lakes when it’s dark everywhere.

When we arrived at the cabins the first job was to unload luggage, and whilst people moved this into their rooms Alister got a log fire burning. Each room had four bunk beds and it’s own wood burning stove, but it was recommended only the one in the hall was used. After unpacking some of my equipment and reassembling my tripod I went back out into the elements to take a few night shots of the communal hut. Once done it was nice to go in there and get warm whilst having a decent cup of tea. With the clouds it looked like there wouldn’t be an aurora that night either.

The huts were first built around 1890 though they were burned down by the Nazis due to their proximity to Russia meaning they could be used by the Norwegian resistance. These huts form a large network of huts scattered across Norway thst are each around a days walk apart. Oskar’s grandmother who ran the huts before him was recognised by the King of Norway for her keeping the huts running during World War 2, so where we were staying had it’s part in history. 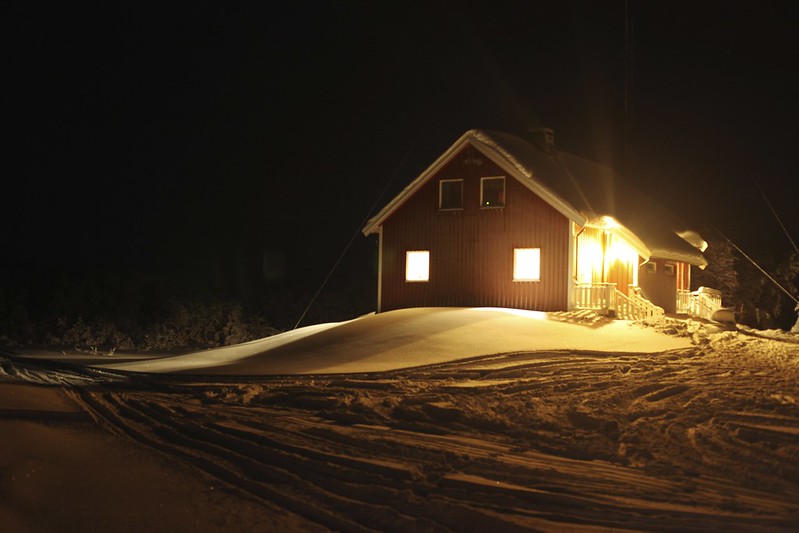 The evening meal was a reindeer soup with carrots and potato in it, served with glasses of water from a nearby stream – so not the normal treated water you drink. For a couple of hours we waited in the communal hut for a sign that there would be an aurora. It was a good place to wait as it was warmer than the sleeping hut which at the time was -2C. It was going to be a chilly night sleeping in that room, and having the toilet outside didn’t help either.

At around 21:30 I went outside for a while and found it to be snowing, based on this I took my tripod indoors and went back to the communal area until 23:00.