At last it was time for another adventure; though getting up at 03:45 it didn’t feel like it. Even at 05:30 there were no food places open in Terminal 3 so couldn’t get breakfast straight away. The first food place opened at 06:00 and we’d ordered and eaten by 06:15. By the time we got to the gate at 06:50 we were the last to board. The plane was pretty empty though so it was no wonder the gate emptied quickly. We landed in Oslo just before 10:00 local time. 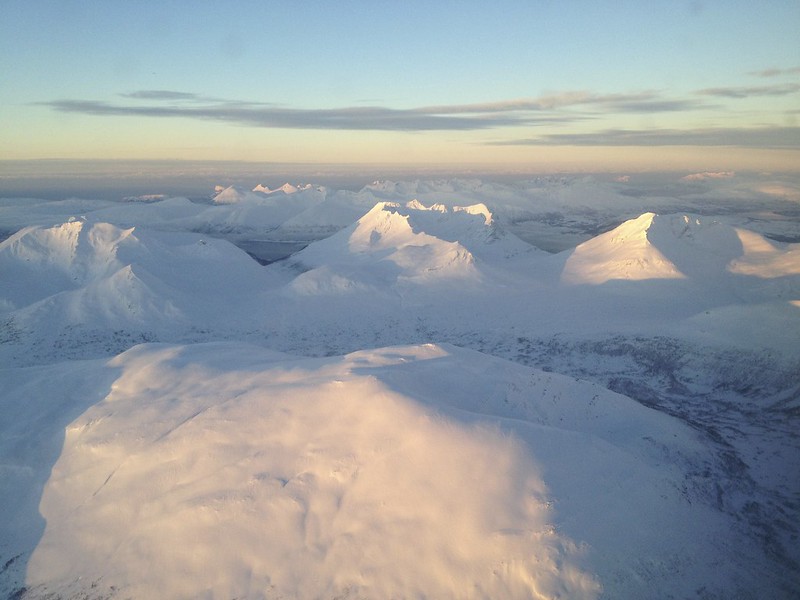 It didn’t take long to clear customs and check back in for the next flight. As we’d not get chance to get lunch we bought food at the airport. This was our first time encountering Norwegian prices. You could get two bottles of water for 42NOK and sandwiches for 46NOK (around £5.50, as Krona at the time was about 8.37NOK to £1.00). It was then a short wait until the next flight that would take us on to Tromsø. The plane left the gate 25 minutes late due to three passengers that had only just checked in as we were due to leave. From what I understand this was because they came from another flight that had arrived late. By the time the plane left we were around 40 minutes late as they had to de-ice the plane too. That was quite interesting to watch as they blasted the plane with what I assume was anti-freeze. 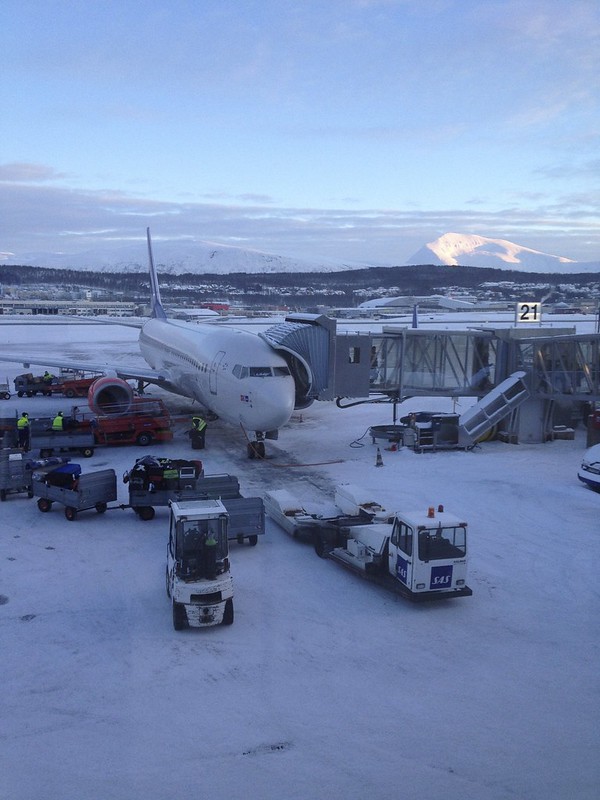 During the flight we had the food we’d bought in Oslo. As we landed at 13:52 the sun was setting, and everywhere was covered in snow. It was closer to what I expected of Norway. It was quick to disembark and we soon met up with Alister and the others at the baggage claims. It was then a short drive by minibus to the Scandic hotel. When we got there though all was not quite right. They’d gotten Alister’s booking wrong which meant we spent around 30 minutes waiting in the hotel lobby whilst it was sorted. Whilst this went on another of our group arrived with a car load of video camera equipment loaned from Arri.

After dropping bags off Alister took us to pick up our clothes rentals. The route taken involved going through an impressively long tunnel that wound fairly deep underground and even had a roundabout in it where two tunnels crossed. Apparently these had been dug out during World War 2 by the Nazis as a way of connecting factories in occupied Norway. During the Cold War they were used for nuclear storage. I thought they were quite impressive as the majority did not have smooth concrete surfaces, but jagged rock walls. 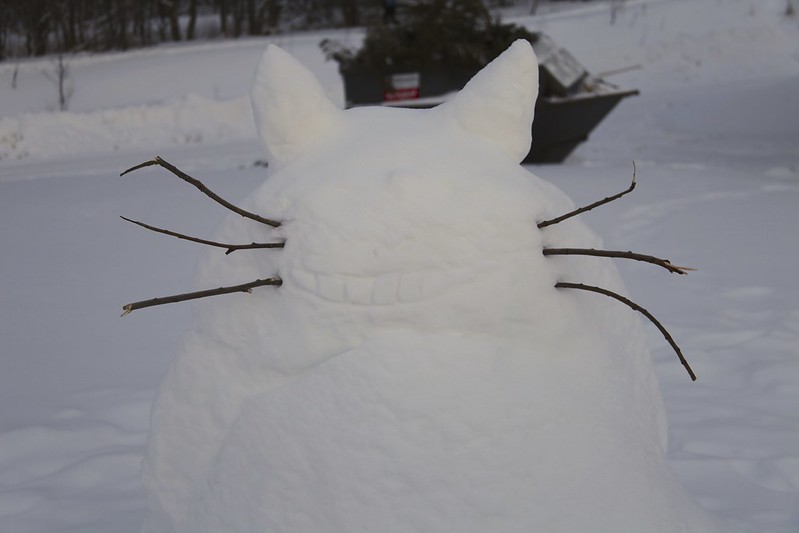 We were told the snow was unusually deep for Tromsø and the weather milder than normal. It wasn’t too bad walking through this in trainers though, but I was glad to be hiring snow boots. The place we used for the hire was actually quite good and has a massive range of equipment. Even though we’d sent sizes they were good enough to make sure everything fit okay.

On the way back we crossed over the bridge by the cathedral. When we got back there was some time to prepare gear for later before going for dinner and briefing at 17:30. The food was incredibly expensive, for example a burger and fries was the equivalent of £21. With a juice that came to 211NOK. We then had 20 minutes to change into cold weather gear to go out aurora hunting. 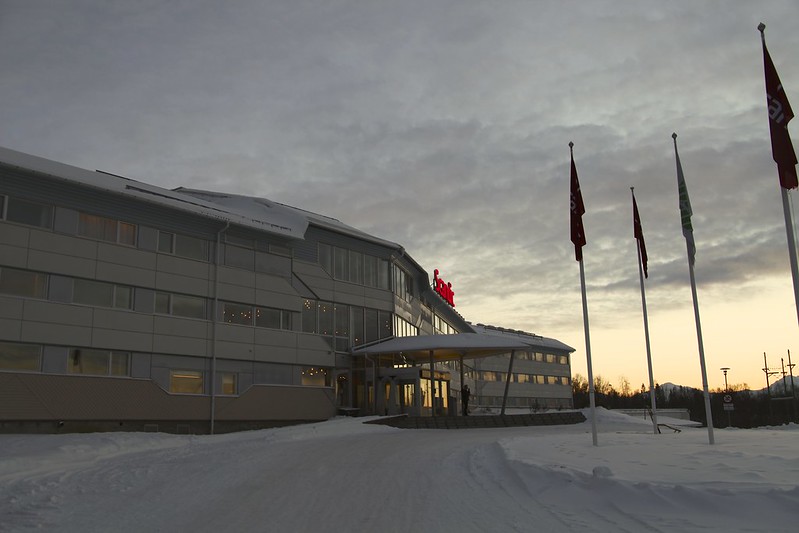 We drove for about 15 minutes to get away from the bulk of the light pollution, but there’s still a lot around the outskirts of Tromsø from the road lights. We set up tripods at the side of the lake and waited, taking the occasional test shot. By 21:00 we hadn’t seen anything due to the cloud cover so headed back to the hotel. Back at the hotel I sorted some of my suitcase ready for a relatively early start the next day.