We spent the morning in Christchurch with a short walk to the Botanical Gardens, around them and back. The round trip only lasted a couple of hours but it took long enough to use up the time before we needed to get to the airport. The domestic terminal for Christchurch International Airport isn’t the best I’ve seen, but it was at least possible to get a sandwich and drink even though you can’t get a proper meal there. The departure lounge for the gates certainly isn’t big enough and with two 737-300 flights queueing it meant the queue was actually stopping people from going through the security desk. 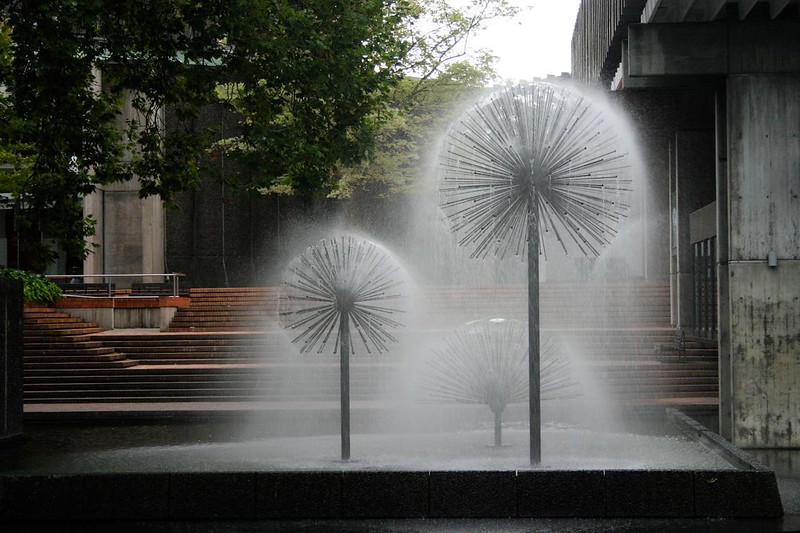 The flight to Wellington was short and easy. Due to turbulence they weren’t serving water on the flight which I think should have meant it should have been handed out on boarding instead. Even though it was late leaving we still managed to make the transfer to the flight to Taupo with a couple if minutes to spare before the boarding started. The plane to Taupo, a Beach 1900, was incredibly small and could probably seat around 12 people.

The airport in Taupo is incredibly small and would be incapable of taking a Boeing 737 as the departure and arrivals are actually the same room. The baggage collection is actually a trailer wheeled around to the front of the building. From here we took a taxi to the Colonial Lodge – our accommodation for the night.

The Colonial Lodge isn’t bad for a hotel really, it includes free Wi-Fi, has cooking facilities, a jacuzzi and a shower. A short walk from the hotel is a pub called Jolly Good Fellows which serves good Lasagna.

On our return to the hotel we phoned the company we were doing the Tongariro Alpine Crossing with to confirm we’d be there the following day. Sadly they tried to get us to cancel due to weather concerns but suggested an alternative route may be available if the weather didn’t improve by 8am.