After another early 06:00 start we made out way to Sydney International Airport. At the airport we were told that proof of an outbound flight from New Zealand otherwise upon arrival we’d be transferred back to Sydney. Fortunately we did already have a ticket, but it makes me wonder how a backpacker could ever spend an unknown number of days there like they could in Australia. We were also told our connecting flight did not have automatic baggage transfer which meant we’d have very little time to clear baggage claims, customs, check-in and security.

After boarding the plane our flight was delayed due to two passengers being ejected from the flight and having to wait for their luggage to be removed. Then another delay due to a plane being stationary on the runway running calibration tests.

In Christchurch it was a rush, but we did make it in time. On arrival we had to declare hiking equipment as we had walking boots, and also that we had come into contact with wild animals. After this our hand luggage and suit cases are X-rayed before we could finally head for the domestic check-in desks. They weren’t booked as two flights so it’s mad that they were treated as such. The plane to Queenstown was then very small; so small in fact that it had propellors. 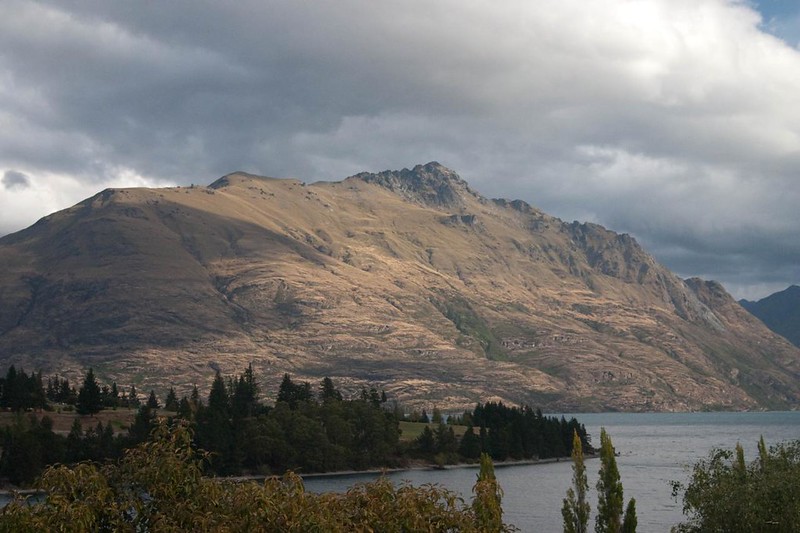 An hour later we had arrived on the small town of Queenstown. The taxi driver commented that the traffic was never that bad there and after an evening seeing very few cars I can believe that. Once we’d checked in at the Earnslaw Lodge motel we took a short walk into town and found that the view from the pier there was even better than the view from our room. 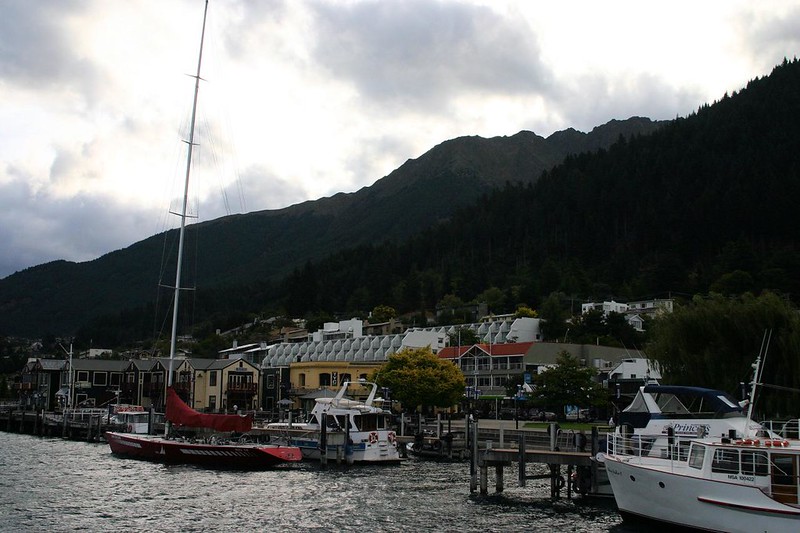 Looking around the town we eventually settled on eating at Avanti. Whilst sitting outside I spotted a couple of people who had been with us on the Melbourne tour at the very start of this adventure. It’s kind of strange to be in a different country and actually recognise someone from a completely different country. The food there was excellent as was the service. For the meal I had just an ordinary Hawaiian style pizza, but for dessert had the most amazing, large slice of chocolate fudge cake ever.