Another early start for our first day in Sydney, though the 07:15 pickup turned up 10 minutes late. The meeting point at the corner of Angel Place and Pitt Street was actually a very short walk from the Medina. As we headed over the harbour bridge and out of the city some sights were pointed out such as a pub with a notorious past due it having an underground tunnel to the harbour. It was said that some unlucky people used to be knocked unconscious and carried down that tunnel and cast aboard boats which set sail before they awoke so they’d have to work on them to get passage back to Sydney. 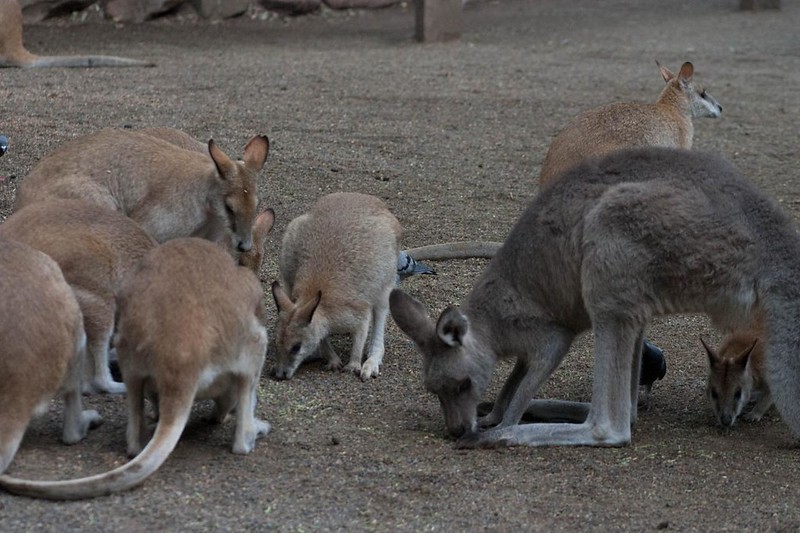 The first stop on our Sydney Wilderness Tour of the Blue Mountains was the Featherdale Wildlife Park. If you’ve already seen other parts of Australia then chances are you won’t think of it as anything special as most of the animals in captivity there aren’t too hard to find in the wild. About the only animal there I hadn’t seen in the wild were kangaroos. 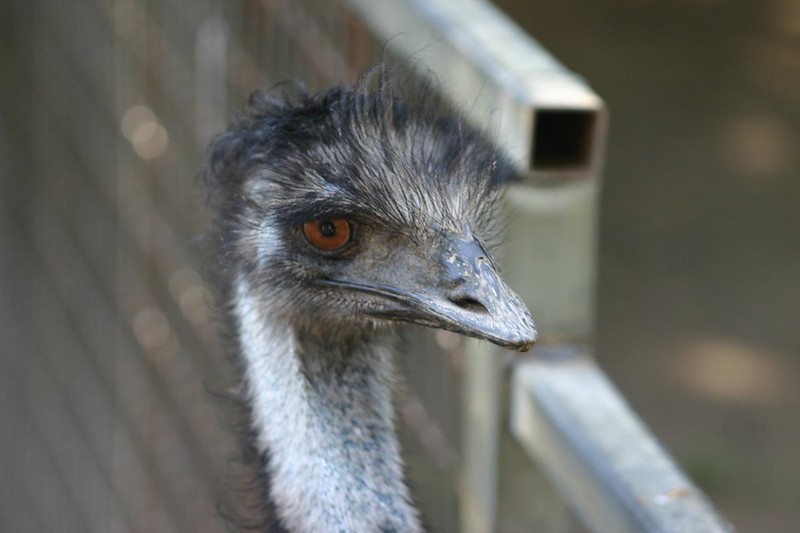 The next stop seemed pretty pointless and no one on the trip knew why the tour operator chose to go there. Leura is a small town started by British settlers wanting to escape the heat of Sydney and is known as the “Garden Village”. When the settlers arrived they also brought with them a lot of English vegetation which is evident as you look around. They made a specific point of taking us to the candy store and to a really small Christmas shop – both of which we looked round swiftly. I did however take advantage of this stop to get some band aids due to a blister from walking around Cairns after some soreness from wearing fins on the boat. This seemed like a stop just to delay our arrival at “Scenic World” due to it being a busy place.

At Scenic World we started off with an all-you-can-eat buffet lunch with a nice choice of desserts such as Black Forest gateau. All the restaurant tables were on a revolving platform which made it a bit disorientating when going to and from the buffet. 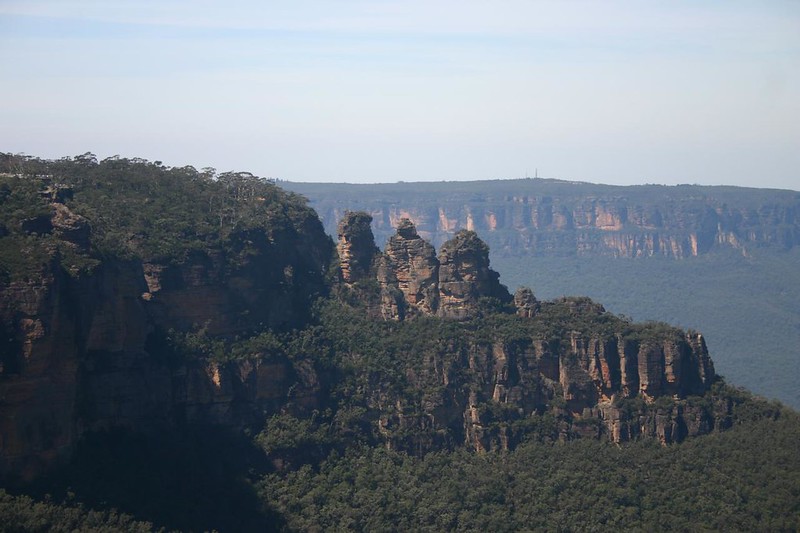 From the restaurant you could see the “Three Sisters” rock formation, a better view of them than from the viewing platform. To get to the viewing platform we took the train down which is basically like a steep rollercoaster ride with the Raiders of the Lost Ark overture in the background. On the way down you don’t get to see much until you reach the viewing platform. Around this area you could easily spend an afternoon, but we had 45 minutes to get back using the cable car. The story we were told of these rock formations on the way back up was that an Aboriginal shaman had 3 daughters and that whilst out hunting they were attacked by a bunyip and to save them the shaman turned them into stone. Having realised what the shaman had done the bunyip turned on the shaman so he turned himself into a lyre bird.

Our next stop was at the Eagle Hawk lookout where we got another look at the 3 sisters. From there we went to Narrow Neck lookout but didn’t stop – we just paused for a moment then carried on to a place called Govetts Leap. Apparently it is named such due to a highwayman who committed suicide there. From this lookout you can see a very weak waterfall called Bridal Veil falls. Unfortunately whilst here I managed to lose the eye piece off my camera.

After a few hours later we arrived back in Sydney and at the Olympic Park. This was another stop I don’t feel was entirely necessary and could have just been pointed out on passing. Everything in this area was built for the Sydney Olympics back in 2000. 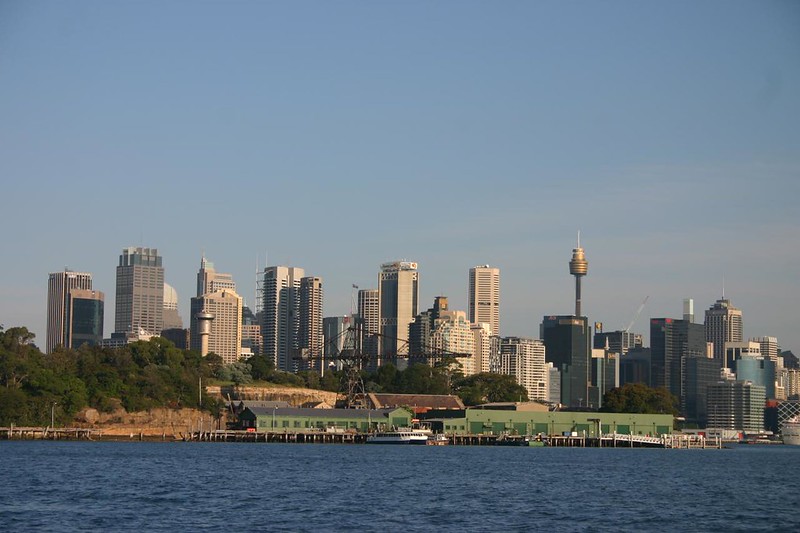 It was then a short drive to the ferry crossing where we caught a catamaran called the Rivercat – this took us through the harbour, under the harbour bridge and past the opera house. As it turned out it was then a reasonably short walk to the hotel.

After dropping off our heavy backpacks we didn’t give our weary feet a rest but went out into the city to look for somewhere to eat. After going round the night market at The Rocks twice we eventually decided to go to an Italian place that sold steak. A 250g Scotch steak there cost AU$34 and if you want it well done it’s a 25 minute wait due to the thickness of the meat. It was a good meal but sadly after the 25 minute wait it was only cooked medium. 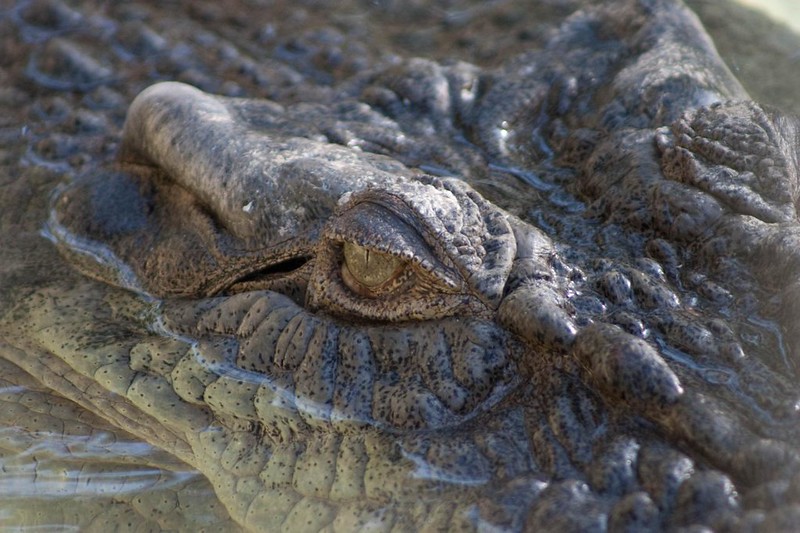