After a night on dry land it felt good to be back on terra firma – no more constant rocking or sudden jolts whilst you’re trying to sleep. For the first couple of hours we repacked our bags and made sure they were in a condition for flying. Once we were checked out out of our accommodation we stored our luggage there and headed out onto the city. 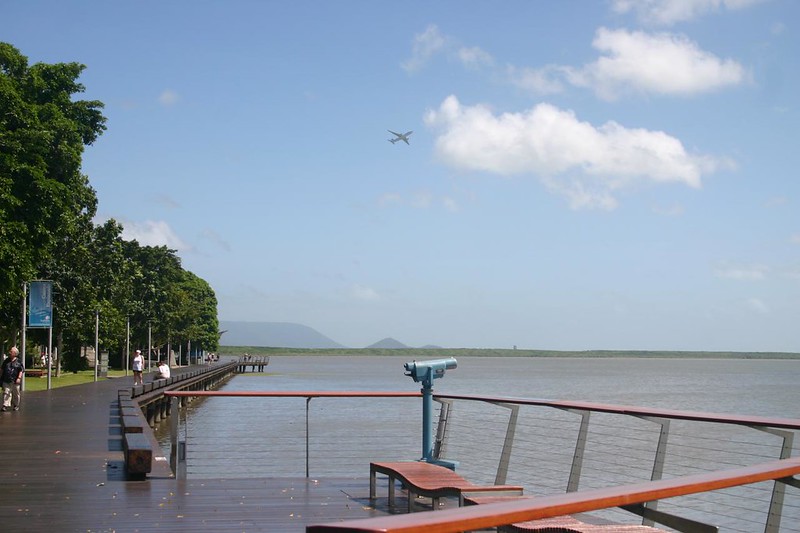 Our first planned stop of the day was at the Casino as they have a wildlife dome above it which we thought might be worth a visit. On the way there we took a walk down the Esplanade – another place infested with green ants. Along this waterfront there is also a lagoon – a public swimming pool which is free to use. The beach and decking around this area is littered with warnings that the sea there contains stingers (jellyfish) and crocodiles. It being salt water would mean any crocs in there would potentially be quite big. 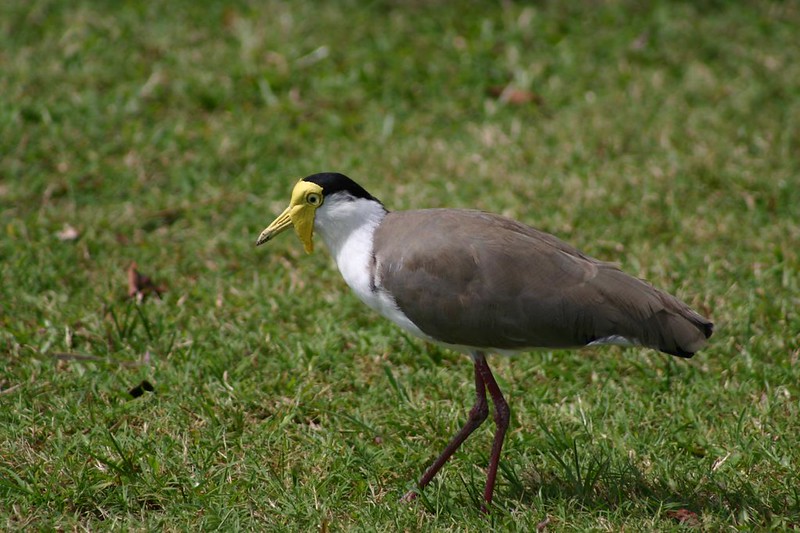 Just across from the lagoon is the Cairns Casino. As you enter the building the lifts in the lobby take you up to the wildlife dome. Entry is AU$22 and the ticket implies you get to have your photo taken with a Koala and a python – you don’t though, those stubs aren’t for anything and the photos actually cost between AU$15 and AU$30 a time. Throughout the course of the day the dome has various “shows” in the middle of the dome but they’re not really anything special. 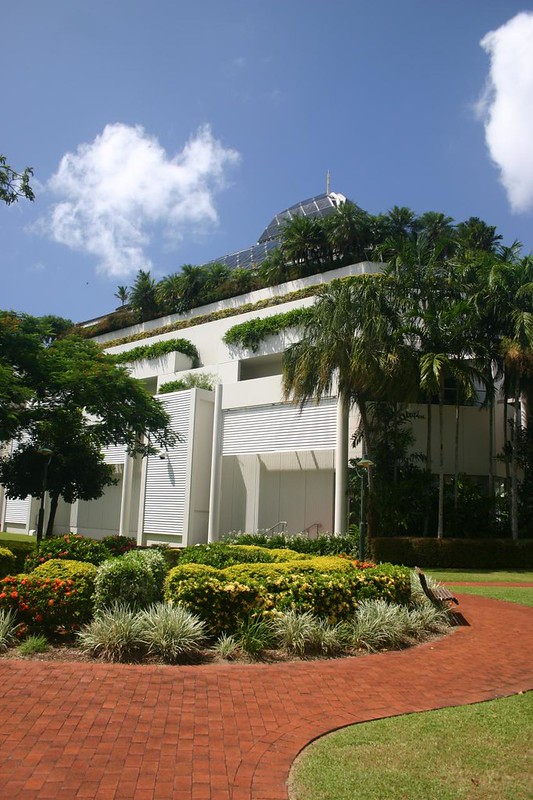 We watched there 11:30 reptile showing but found it to be quite pointless. The number of animals in the dome are quite limited due to the confined space. There are about 5 species of bird including the Kookaburra, and other animals such as freshwater crocodiles, one salt water crocodile called Goliath, and iguanas. The gift shop there is pretty much a waste of time as most of the items look quite tacky despite some if them having high prices.

For lunch our aim was to find Subway as it meant we could get a sandwich to take away and eat at the airport. It turned out to be trickier to find than expected – we had to resort to asking at a tourist information place. Once we’d bought our food we didn’t pause to eat it, we made our way back to Grosvenor and got a taxi to the airport. Before checking in we quickly ate our lunch and reorganised our bags a little better.

Amazingly the domestic flight was considered a domestic flight (we'd had a domestic one handled as an international flight previously) and allowed us to take food and drink through the airport security – something we hadn’t experienced up until then. The flight left on time and actually arrived on time 3 hours later in Sydney Airport. It being a domestic flight meant it was straight into baggage claims and a 15 minute wait for the luggage to start coming through.

The taxi seemed rather useless again – the driver didn’t recognise the name of the road so asked us if we were sure that was the right name before checking his satnav. Once we got dropped off he then charged AU$12.50 extra for a toll road which cost him less than AU$5.

The Medina Classic apartments looked nice on the inside, but awful on the outside. Our balcony overlooked a narrow alley with a car park. The apartment itself wasn’t as nice as the one in Darwin, but nicer than the one in Cairns.