This was our last day onboard the boat. It was a very early start for the first dive, this time my friend went out diving but decided he wouldn’t try it again. I didn’t bother going out snorkelling this day due to the incredibly big waves that were crashing around the boat. Apparently they were nothing to do with the inbound cyclone being reported on the news. After the second dive of the day the boat began it’s 3 hour journey back to land. Once again the waves were a menace and caused havoc with anything not tied down in the boat – even some things which were ended up moving with the crashing of the waves. 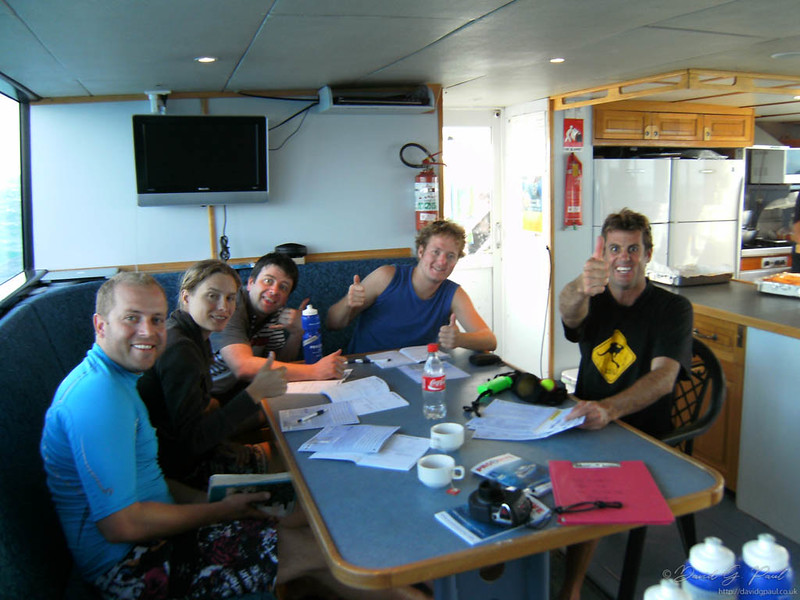 Those 3 hours passed quite quickly and before we knew it Cairns was in sight. Our backpacks had to be loaded into the main decks diving area ready for them to be unloaded and all passengers were to remain in the saloon or on the top deck. We were then driven in bus loads back to the Pro Dive shop to pay the AU$15 a day reef tax and to get the refund on the mask deposits. The strange thing about the reef tax is that it also includes GST tax.

Whilst we were in the Pro Dive shop we collected emails and found there was an email from British Airways warning us that some flights between 27th – 30th March would be affected by the industrial action. Fortunately after an email back to England we found that our flight on the 27th would not be affected.

We were in Scuba Steve’s second bus load and hot dropped back at the Grosvenor. Amazingly not only did we get the same apartment as before, but the food we left behind was still there! It shouldn’t come as too much of a surprise that the first thing upon arriving back was to get a shower to wash all the salt out. It was so good to not be limited to a 3 minute shower any more.

It is customary for Pro Dive customers to meet up at the Rattle & Hum for a last meal and drinks. It being Saint Patricks day meant there were a lot of people pretending to be Irish by the time we got there, but a long table was already reserved for us. 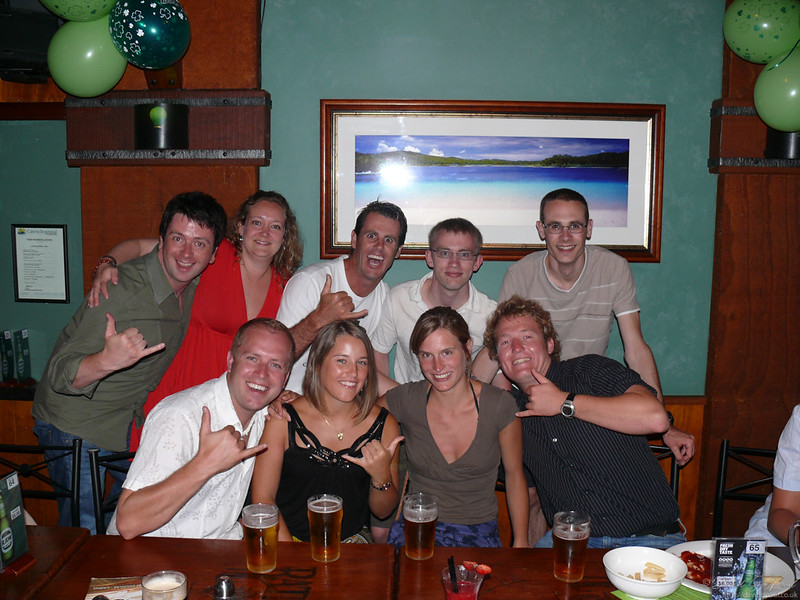 It wasn’t a bad evening and one of the options on their special “Irish” menu was a steak pie – not bad, but I’ve had better. After a short evening we eventually found our way back to the apartment.