I tried my best to sleep on that 4 hour flight to Darwin but just couldn’t get comfortable – not a promising sign considering we were getting a 07:10 pickup that day. It being a domestic flight meant we only needed to go through baggage claims and were out into the incredibly humid heat during the early hours of the morning. Heat like that, long after sunset and a mere 2 hours before sunrise is a good sign of what sort of temperatures you will have to deal with. The Medina Vibe hotel wouldn’t let us check-in to our room as 05:00 was too early for them, but they let me use the toilets in their restaurant to get changed, and brush my teeth ready for the day ahead. It’s this sort of time in the morning after having already been up for about 20 hours that you don’t want to find out that your shower gel has exploded in your wash bag.

In need of food we then wandered out into the humid air to see if we could find some breakfast, but it turns out the Darwin Waterfront is a very new development with precious little about. There was a good view of the sea, but no where to eat – the few food places we found didn’t open until 07:30. Defeated we decided to eat at the hotel – a continental breakfast for AU$16.00. It seems breakfast is consistently the most expensive meal of the day. 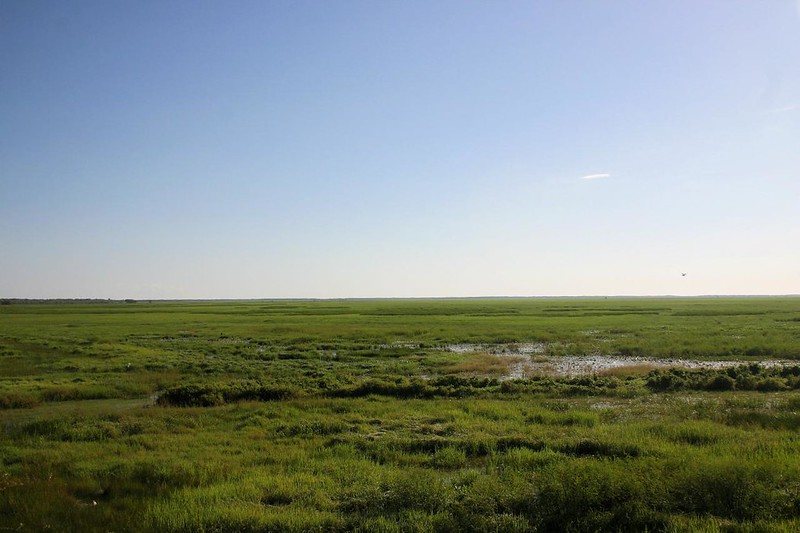 Top End Escapes arrived at 07:10 for our Jumping Crocodile cruise and Litchfield Park tour. Along the way the driver pointed out a few of the sights and took us to Fogg Dam (named after John Fogg) which was built and abandoned by the Americans after their attempt at growing rice failed. In more recent years Fogg Dam has become a nature reserve, though possibly not one you’d want to wander through. 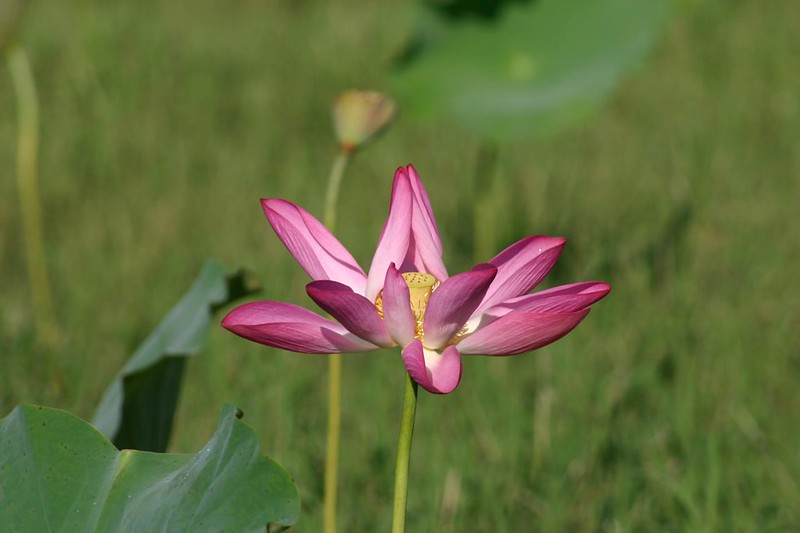 We were told a rogue crocodile had been spotted in the rice field recently and had to be cautious of where we walked in case the croc was nearby. We could tell they weren’t just saying that for the tourists either – there was in fact a number of traps set amongst the tall grass and lotus flowers, and getting close to the lotus flowers and the swampy area made the tour operator incredibly nervous. At this first stop there was a viewing platform where we could watch flocks of birds flying over the paddy fields. The area was also covered in these large green ants that I later found out do pack quite a bite. By this time we were running late due to the unplanned stop so had to make an effort to get to the Adelaide River quicker. 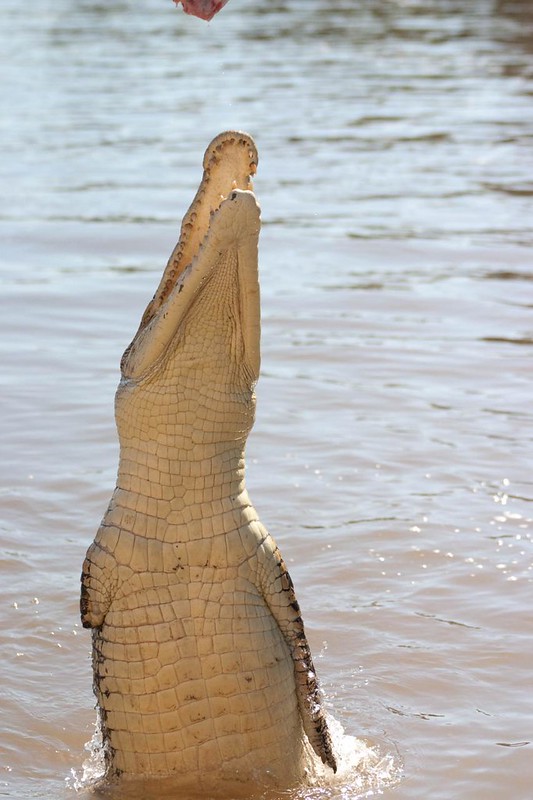 Near a bridge over the Adelaide River we made our stop for the “Jumping Crocodile” tour. Apparently it hadn’t been long since the carpark had been flooded and was potentially populated with crocodiles. After having got our prepaid tickets from the hut there we boarded the tour boat and made our way down the river. It wasn’t long before we saw our first male crocodile, Bogart, whose territory this water was. It was great to see one in the wild for the first time – they’re massive, almost unblinking creatures though it doesn’t mean they don’t mind being fed raw meat by the rangers, or maybe the occasional tourist.

Along the river we were treated to great chances to see female crocodiles as they were teased out of the water in impressive jumps with the offer of an easy meal. We also got to learn a bit about crocodiles in general and what the ones they knew of in this stretch of river were like. Areas of river are generally “owned” by one mail crocodile and several female crocodiles; any other males in the area are normally referred to as being “rogue” crocodiles. 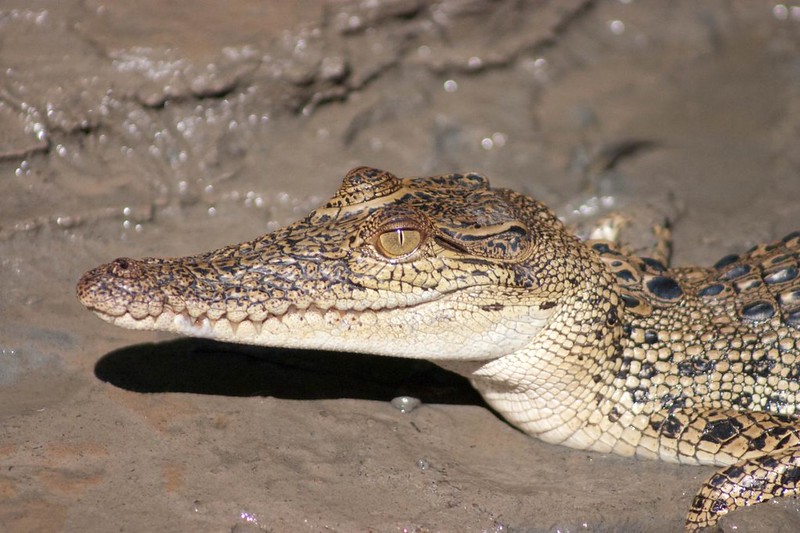 On this river boat cruise we also got to see Kites (birds of prey) which soared to collect the scraps of meat being offered them. Throughout Australia it is actually illegal to feed the wildlife as it encourages them to expect food from tourists and locals. In this instance it was permitted for tour operators and conservationists to do so. 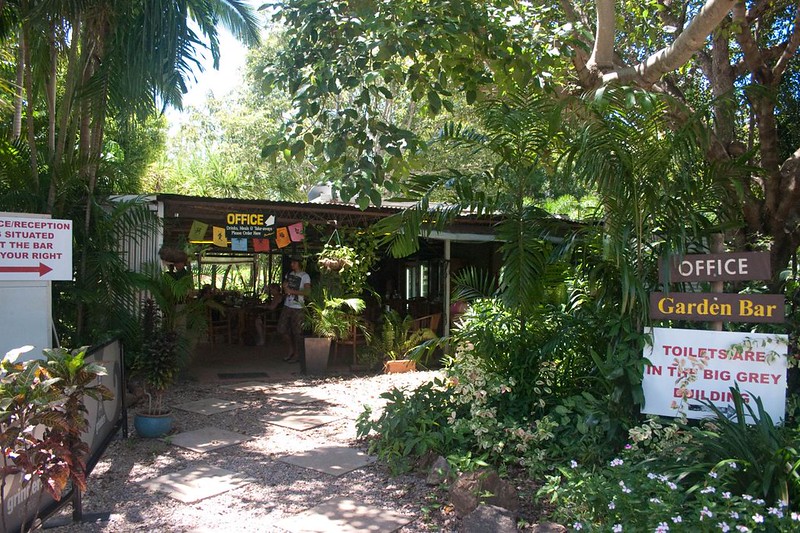 For lunch we stopped at “Luke’s Bar”, a little place in Batchelor which may as well have been in the middle of nowhere. Here I had a ham and cheese toasty, and for AU$6.50 it was actually very good. The actual building looked like it had been cobbled together from corrugated steel but I think that was part of what made it an interesting place to eat. 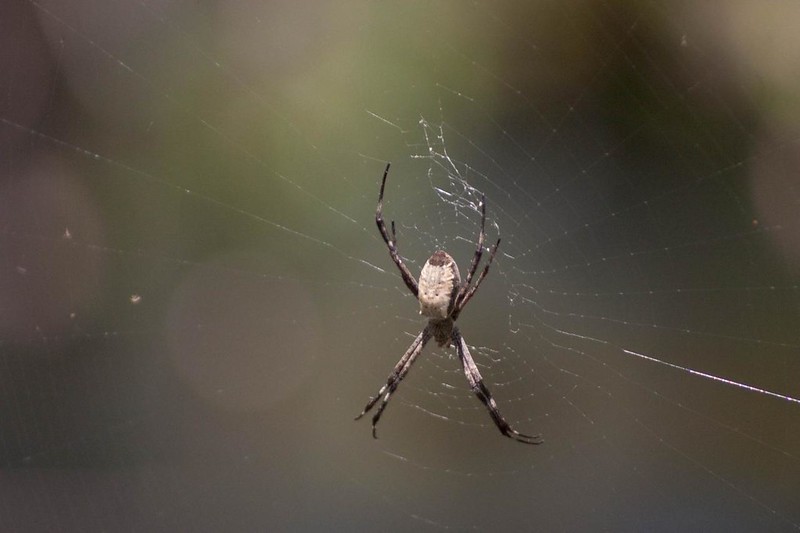 Litchfield Park was our next destination with the first stop being Wangi Falls. This place normally allows swimming but due to recent floods it wasn’t allowed – it was unknown if any crocodiles had made it into those waters. It didn’t really matter though as it made the place better for photography with more water roaring over the falls. Around this area was an amazing number of orb weaver spiders. Tolmer Falls was then our next stop as a high viewing platform for observing the falls. 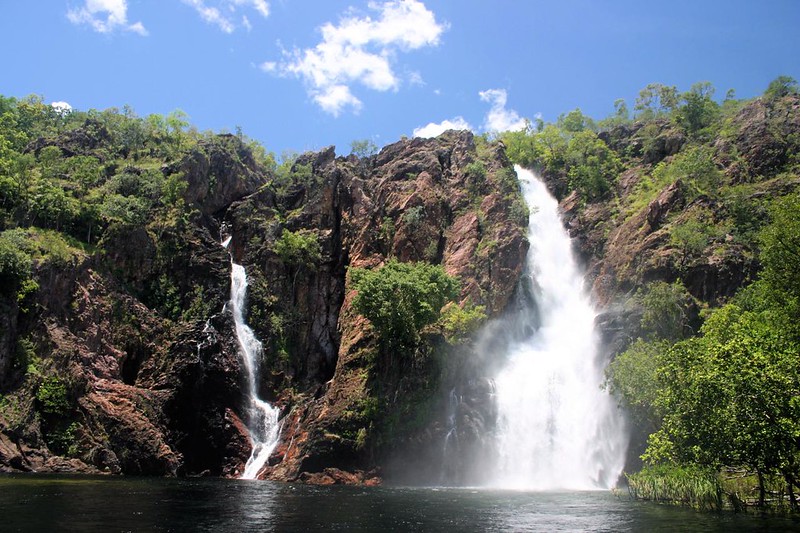 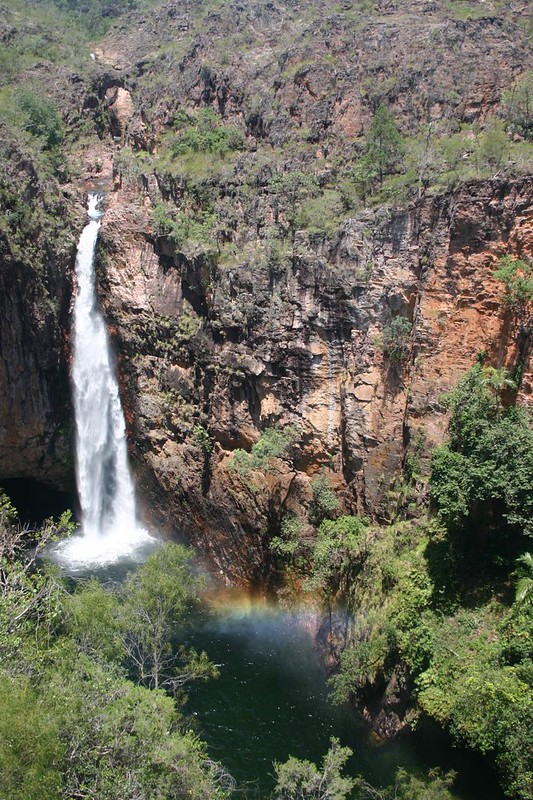 For our last waterfall we finally got to swim at Florence Falls. It was a long walk and a lot of steps to get down there but I think it was worth it.

The water was quite warm and as far as I know there were only small fish swimming in it, though I didn’t really pay enough attention to be sure. The current swimming towards the falls was incredibly strong and having at this point gone 32 hours without sleep it was hard work. The swim was refreshing in this high humidity environment but alas, upon returning to the top the sun was beating down and making the weather almost unbearable once more.

Our last stop in Litchfield Park was a place where you could observe two types of termite mound: the cathedral and the magnetic. The cathedral termites mound can grow up to an incredible height and one of the ones we stood next to was easily the height of two average sized people. It’s amazing to think that two thirds of the mound was underground.

On the way back we stopped off at Luke’s bar again for refreshments. From the look of the logo on the ice cream I had it appears “Walls” is branded as “Peters” in Australia. 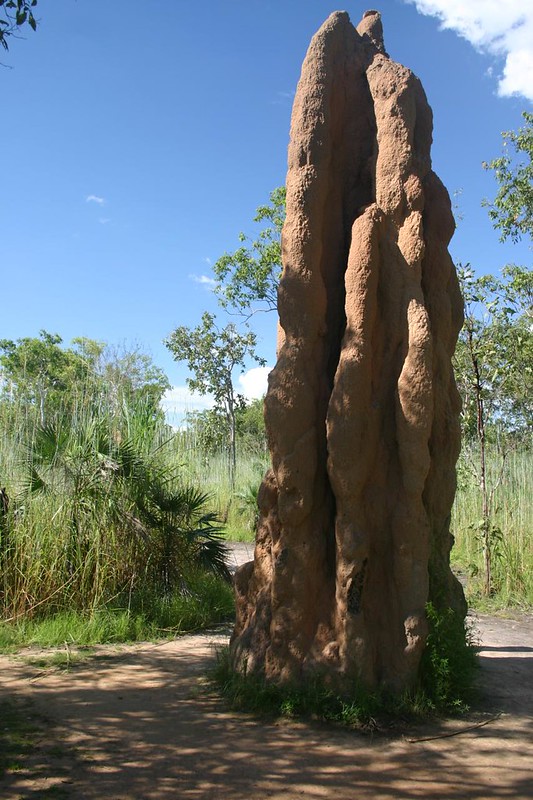 On returning to the Medina Vibe we could finally get our room key and relax. The room was amazing, a two bedroom apartment with ensuite and main bathrooms, and a kitchen. I couldn’t believe how good it was considering we’d only paid AU$89 between us. What made me even more amazed was the fact we had three televisions! Us finally getting to the hotel meant a chance to be properly refreshed and to get electrical equipment recharged ready for the next day in Darwin.

For the evening we wandered around the town. Surprisingly even at 20:00 most places are closed, including restaurants meaning the choices of where to get food from were pretty slim. Eventually the choice was made to go to Nandos, a recognisable name for a chain we also have in the UK.

To end the day we booked a city tour for the following afternoon – better to be driven around on an air conditioned bus than to walk around in the heat without being totally sure of where to go.