Finally we had chance to have a lay in due to us having a free day to explore the city of Melbourne. Once again the breakfast was at the adjacent "Chill" restaurant and again we had another full breakfast consisting of a full English and pancakes. As this was already our last day in Melbourne we checked out but left our luggage behind to collect later. One train to Flinders Street later we were on our way to the Eureka Sky Tower; but unfortunately the visibility was reported as poor so we decided to try again later. Our next planned stop was the Royal Botanical gardens but on the way there (with our sense of direction it wasn’t as quick as it should have been) we came across a free tourism bus which stops outside the National Gallery of Australia. The whole trip lasts for about an hour and a half but I think it was worthwhile as you get to see around the city reasonably quickly so it's easier to make a choice on where to visit in more detail. It's final stop was quite fortunately the Royal Botanical Gardens and the Shrine of Remembrance so we got off there and headed into the gardens. 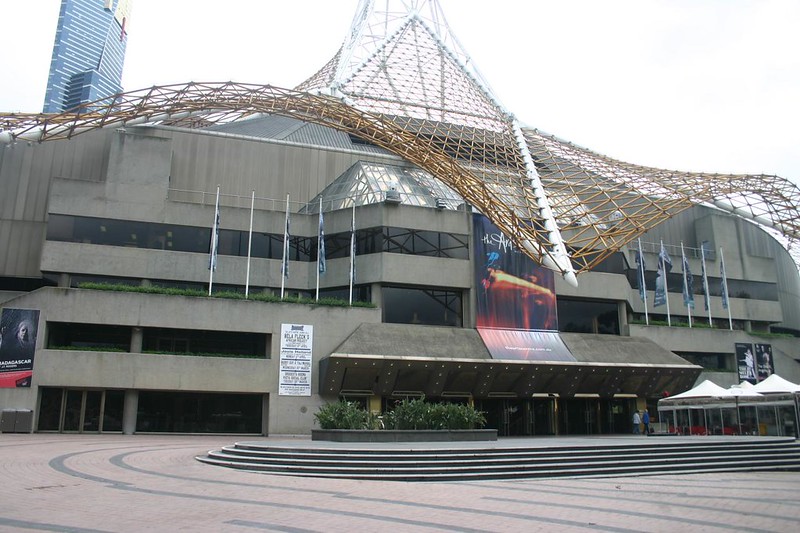 By the time we arrived at the Botanical Gardens the sun had come out and was making the gardens look a very bright shade of green. Inside the gardens there are thousands of different species of plant and even a fair selection of wild fauna, such as black swans. All this centres around an ornamental pond feature. Near the pond is a cafe which sells mainly sandwiches and drink; from here I got a AU$9.30 sandwich and a drink which was great to enjoy in the sun with a great view. It was actually a very relaxing part of the day to be able to just sit down and enjoy the great weather and the views.

As the sun was still out by the time we’d eaten our sandwiches we decided to head back to the Sky Tower as the visibility looked quite good. The ticket price to go up is AU$16.50 with the option of also getting the "Edge" experience, but with a tourism book we got from the hotel we got 10% off this price. The lift up to the top of the 297.3 metre (975 feet) high tower goes at approximately 9 metres per second. Although not as high as the Fernsehturm tower in Berlin it still gives a good view of the city. Looking out in all directions you can see things such as Federation Square and Flinders Street out on one side and the many stadiums from another view. We didn't go on the Edge but we watched it as what is essentially a strengthened small glass box (complete with glass floor) which protrudes and retracts from the side of the building. If the Edge isn’t your idea of fun or if you don’t want to pay the extra for the minute you’re on it then it's also possible to go outside into an area protected by a wire mesh via an airlock. 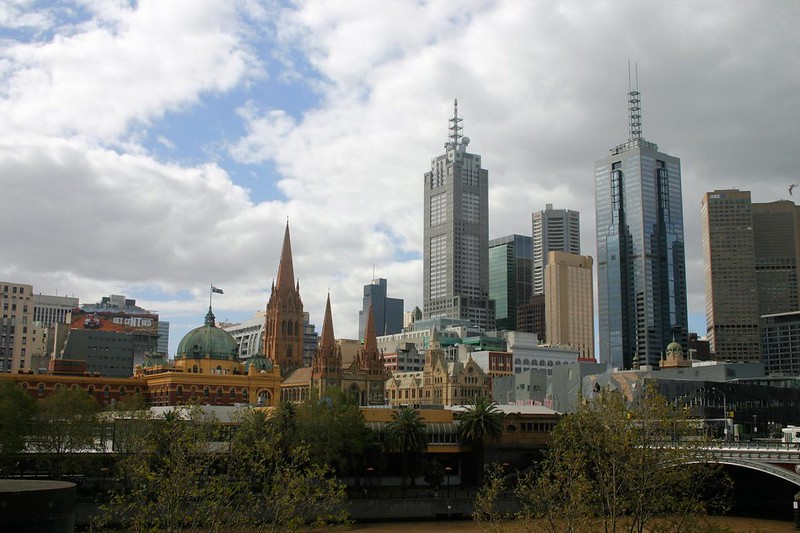 As we left the tower the clouds started to return and the temperature had dropped a few degrees. Our next stop was a return to the Royal Botanical Gardens so we could see what we had missed. We didn't stay long this time either but did get to see some of the other areas and what damage had been done by the storm. Convinced we’d seen as much as we had time for we made our way back to the Flinders Street station long before sunset. The train took us back to Bell Street where we stopped off at Bell City to eat in their restaurant and to collect our luggage. We called a taxi but it took a ridiculous amount of time to arrive; despite this it still got us to the airport for our 01:15 flight with time to spare. The check-in wasn't brilliant as we couldn't until 50 minutes before the flight and even then it was late.