I knew that running from this motel wouldn’t be easy - I’d seen on Google Street view that there were no lights around, and that it was off a state highway. Fortunately using my phone as a torch didn’t work too badly, and it seems it’s not that uncommon for people to run along highways here, so that’s what I did.

I ran for 2.5 miles along the road to Waitomo before turning back to complete five miles in around thirty-five minutes. As I was using my phone as a torch I wanted to be completely alert, so didn’t run with music this time either.

As it wasn’t quite 07:00, and as I’d not been able to find the room key in the dark I waited around for a while until my friend was awake. After breakfast we then drove a few minutes down the road to a Waitomo ticket office, but this was closed. I looked at the map and decided that this wasn’t the place so continued on. At the next place where it said Waitomo Cave, I’d got a feeling it was the wrong stop; but I parked up and walked over to the kiosk just in case. Sure enough, it was the wrong one. Third time lucky we found the right place to park for the Ruakuri caves. We arrived exactly at 08:30 which was the specified check-in time for the tour, but the place was closed. Five minutes later someone turned up to unlock, and then checked us in to the tour. The rest of the group, or those that actually arrived, didn’t actually turn up until five to ten minutes before the start of the tour despite what the paperwork had said. We even waited an extra few minutes in case the missing two turned up; but they did not.

A guide then led us across the road and down a gravel path to a fake cave entrance. Before entering he talked us through the rules for whilst in the cave - such as not touching the rock formations. To get in he then keyed in a code, but somehow managed to set off the alarm so dashed around to the exit in order to quickly turn it off. 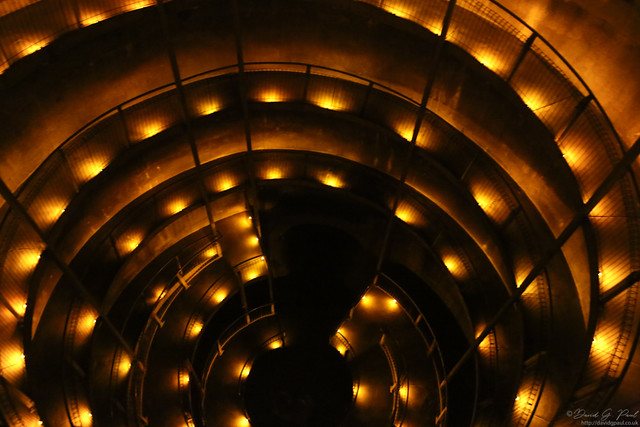 The group of fourteen then wandered into the darkness, and floor by floor below us, a spiral ramp was lit up to reveal our route down. At the bottom of this was a large limestone rock with water dripping down from the very top of the chasm. The guide, a Māori descendent, explained that their belief is to use the water before entering a sacred place to wash away bad luck. I guess it’s similar to the Catholic method of using holy water at the entranceway to a church.

The entire cave system that is viewable by tourists is wheelchair friendly. It’s possible this may be the only such place in the entire southern hemisphere. The guide was pretty good, better than most we’d had on this trip, and his knowledge and humour made learning about the cave system and the glow worms we encountered fun. 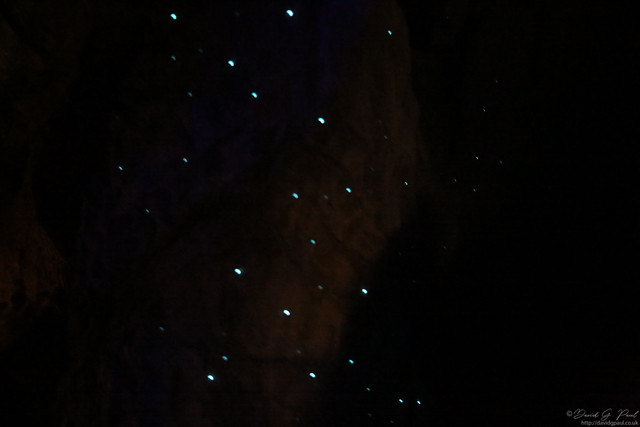 There was also a section he turned the lights completely off for as well so that the group could get a sense of what it’s like to go caving and not really know where you are. I think most people bumped into others relatively frequently even with holding onto the handrails on both sides. At the end of this he did a very impressive impression of Gollum, in the way he sounded when voiced by Andy Serkis in both Peter Jackon's Lord of the Rings and The Hobbit trilogies. 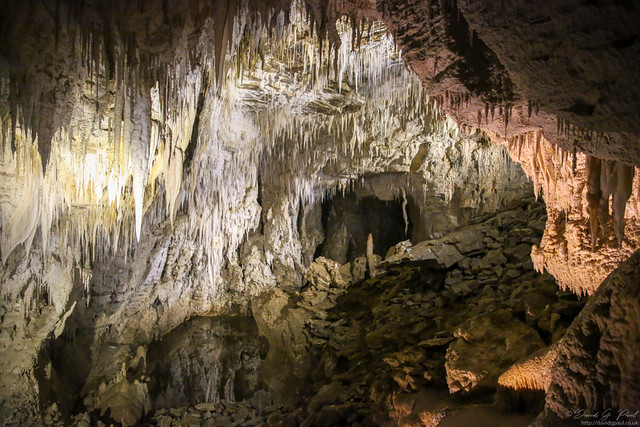 Eventually we reached a fork in the path with a cliff face going up in front. We started by going to the left and saw an impressive viewpoint at the end of that one. There was a pool of clear water, and many stalagmites and stalactites. We lingered there for a while as we all wanted a reasonable number of photographs.

When we’d finished we went the other way which goes passed the entrance to where an old Māori chief is buried and loops back around so that we were then on our way out. Once more we went up through the spiral staircase - which is the only man made part of this cave and out into the sunshine. 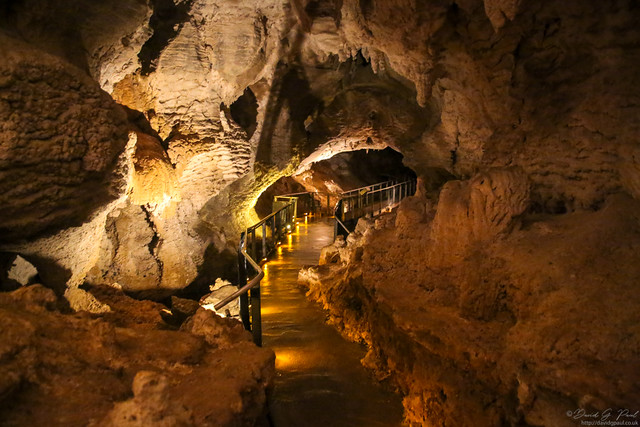 It was an interesting tour, and I was glad we’d done it. Everything from now on would be getting us closer to Auckland and our respective journeys home. Though this was via Thames so that James could collect the sunglasses he’d left there at the start of the week.

On our way we stopped for lunch at a viewpoint overlooking farmland. It wasn’t an impressive view, but it was somewhere to take a break from driving and for some sustenance. James had got leftover pizza from the night before, and I’d still got some bread rolls left from the time in Turangi.

When we arrived in Thames we put some more fuel in. Even though we’d put in a few dollars in Waitomo it’d dropped more than we’d expected. We were starting to notice at this point that the fuel gauge seemed a bit all over the place even on a flat road so we weren’t really sure how much we’d got left.

By the time we reached Auckland the needle was nearing empty, and it looked like it might just run out before we reached the hotel. Not wanting to risk it, we put in another NZ$6 figuring a couple of litres of petrol would be enough. Sure enough we got to the hotel; but this one doesn’t have a drop-off point. Instead we had to find some parking nearby where it was NZ$10 to last us through until the following morning. We didn’t need that much time, but the only other option was thirty minutes and we’d need more than that.

Once checked in, and our bags dropped off, we headed back to the car to drive it one last time. Unusually I’d done all of the driving for this trip so was quite familiar with the car, but was ready to get rid of it. I’d had enough.

On our way the fuel gauge read empty multiple times, and each time we went to the nearest petrol station to put some more in. It’d then go up to a quarter of a tank, but drop within minutes. The car just couldn’t make up its mind, and we still didn’t want to risk running out. It didn’t help when we reached traffic caused by a lorry going up in flames, and this caused more fuel consumption, and further filling up.

The lesson we had learnt here was that in future we shouldn’t bother with pre-paid fuel - your target then is always to return the fuel tank as empty as possible and this is what led to these complications. I don’t think having a hybrid really made a difference either - driving around New Zealand roads we were mostly using the fuel to charge the battery - it was only on the rare occasion we were in town and driving below 50 kmph that the battery was in use with fuel. 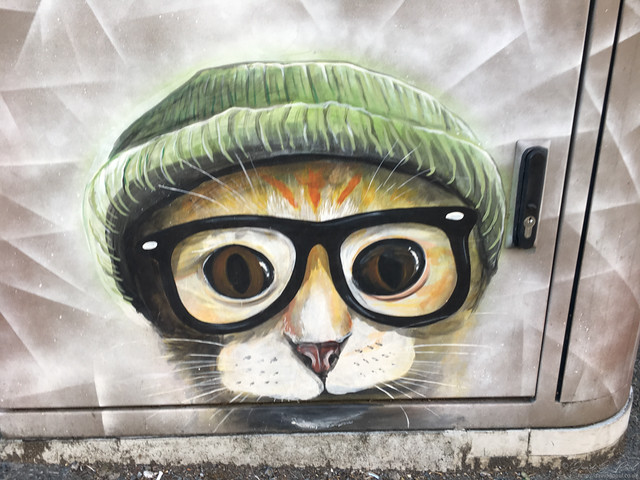 It didn’t seem like we’d ever get to the airport drop-off for the rental; but eventually we did. We then requested an Uber and took this all the way back into the city to be dropped off at a gastro pub we’d walked passed almost a week before.

The food there was fairly reasonable - I had a New Zealand lamb shank for NZ$28.50. Rather than Uber from there, we walked a couple of kilometres back to the hotel for the final night in New Zealand.