During the night I’d heard other guests banging around almost every hour after 01:00. It meant that I’d had just under three hours of sleep. On the bright side, maybe that’d help me sleep during the flight and adjust to New Zealand time better. We’ll see.

When I left the hotel I found everywhere was blanketed in a fine layer of snow, and it was still coming down. My first attempt at finding the bus failed - the stop outside didn’t list the right bus number, so I asked at the reception. I found they’d got a second entrance at the back of the hotel, and that was where the airport shuttle leaves from. Fortunately it was running late so I hadn’t missed it; but it would have been useful if they’d told me of this alternative exit when I’d asked them about the shuttle the night before.

Ten minutes later I was at the airport and checking in my luggage. The first self-service machine I tried didn’t work once I’d reached the end of the process so I tried another. That one worked, but didn’t print my luggage tag - only my boarding passes. I guess it was lucky the lady at bag drop-off was able to reprint the tag.

At security I had more fun - after triggering the metal detector I had the full security check of scanner and pat down, and even an explosives tests whilst my bag was going through into the alternative lane for further checks. I then had to empty most of my backpack so they could rescan my cameras and lenses.

Getting breakfast wasn’t much better - I’d ordered some food and a drink. My drink arrived fairly quickly. After ten minutes many other people had ordered, collected, and left. I asked how long mine would be and it turned out it was already ready and should have been passed to me with my drink but they’d left it in the back. As long as both flights were going to go okay it didn’t bother me. Preferably there’d be two weeks of perfect weather in New Zealand when I got there too. 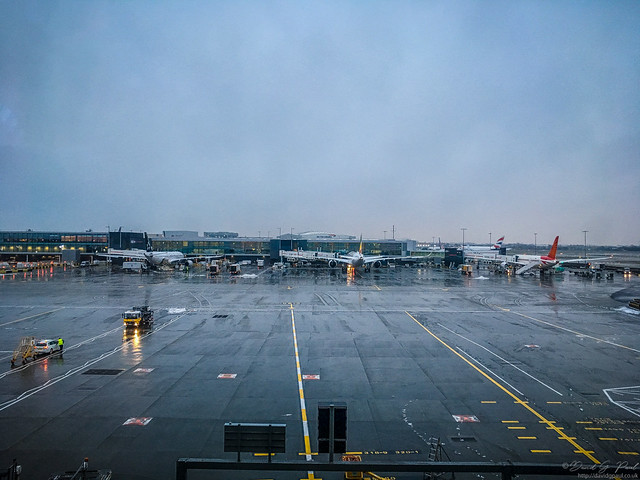 One of the important things to remember with long haul flights is to stay well hydrated. For this purpose I’d packed an insulated flask I could fill at the airport and would then keep on me at all times.

The flight was quick to board, and the seats comfortable and seemingly a little more spacious than usual. The screens for the IFE were large, and even had a second screen on the handset which would double as a touchpad and second screen for games. I watched one film whilst the first meal was served, and then closed my eyes for a couple of hours until a snack was served - a vegetarian roll and a Cadburys Dairy Milk chocolate bar. From this point on I kept my eyes mostly open as I realised I couldn’t sleep, and being able to stay awake for New Zealand time would help in adjusting. I watched a further two films, and then some television before the final meal of the flight was served a couple of hours before the flight was due to land.

The food had been surprisingly good on this flight, and the service was some of the best I’d come across. When I arrived at Singapore Changi airport I found I didn’t need to pass through immigration, I just had to travel across the airport for what seemed like a mile. One corridor was so long I couldn’t see the other end. Before I reached the gate I passed the butterfly garden, but with it not yet being 06:00 local time, and it being dark out, I figured it was pointless to go there. 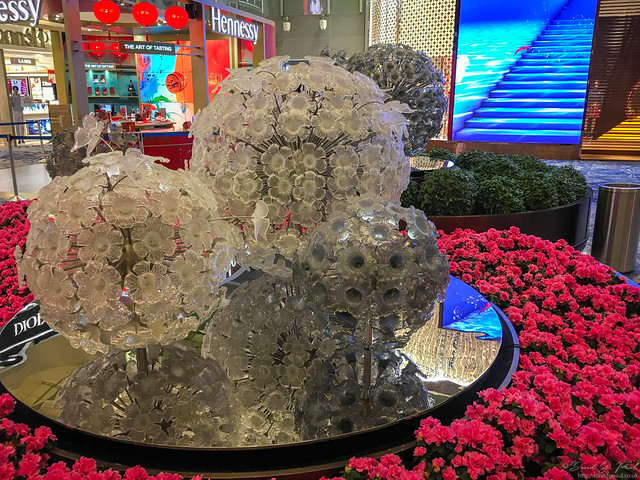 Whilst waiting for the gate to open I found somewhere to sit, and wait. Unlike many airports where all transfers go through security screening before arriving at the gate, this one had security before each individual gate and then had a very large waiting area for each.

After security they handed me an arrivals card for New Zealand, so completed that whilst I waited. Unusually there were things I needed to declare: having items worth more than NZ$700, food, and outdoor clothing.

I watched some more television, and had attempts to sleep. I think it possible I may have actually fallen asleep for around ten minutes I was that tired. The meal options for this leg of the flight weren’t as good; but were still ample and better than many flights I’d been on. Though saying that I did get to have an almond Magnum ice cream towards the end of the flight - that was a nice surprise.

I found myself watching another film, and even reading some of my book to pass what was almost another ten hours of flying - taking my total time in the air to almost twenty four hours. This wasn’t even including the hours I’d spent in airports and getting to them. Travelling to the otherside of the world is a tiring task.

In Auckland the airport seemed almost deserted; but it was creeping closer to midnight. For immigration I used the electronic gates which meant I didn’t even get a stamp in my passport. Could the idea of stamping a book soon be a thing of the past?

This took me straight into baggage collections where after twenty minutes of browsing the internet and waiting, my luggage arrived so I could head to the exit. Like Australia, bio-security is important in New Zealand. So much so that there are plenty of signs to give you the opportunity to dispose of any restricted items or foods such as fresh fruit. I knew what I’d got with me would be okay; but you never really know what airport security will be like from day to day.

They checked my arrivals card - confirming the food I’d got was okay and that my running shoes didn’t really count as outdoor gear. They circled my card with a ‘5’ and sent my bags through the x-ray machine. The number indicated I needed to go through their customs procedure too. Though once they found the items over NZ$700 I was bringing into the country were not new since it was my own camera gear, they were fine.

As I was leaving I saw one of the trained airport dogs run after a passenger, and the security held on tightly - running to catch up. It seemed they’d got something in their bag they shouldn’t have as they were escorted back through security.

So, this left me with figuring out how to get to the hotel. I started to walk, and couldn’t see numbers above any of the doors so wasn’t sure which one door six would be. As I got close to one of them I saw that the numbers were hidden away to the side making them hard to see until you were actually at the door. I kept on walking and found the right door, now I just needed to find the right bus stop.

I checked the instructions from the hotel once more - it said “take the yellow bus lane 2”. I could see the road in front of me had a red line across part of it, so maybe across the road the next one would have a yellow line. It actually was that simple - there was a machine there to buy a ticket for the “The Yellow Bus”.

It was minutes away from midnight, so rather than go through paperwork to double check if this was right, since I’d remembered it was supposed to be free, I used my credit card to buy a ticket for NZ$6.50. Whilst waiting for the bus I did however have time to check the details and found all I needed to do was to present the driver with my hotel confirmation and I’d have gotten on the bus for free. The machine had suggested otherwise, but the bus when it arrived had a sign confirming the paperwork to be correct. It was wasted money, but at least it wasn’t that much.

I kept an eye on the roads and the time as the bus went from hotel to hotel. It took just over twenty minutes to get to the hotel, and I could see most of the roads in the area had pavements - a useful thing to know for when running. I’d sighted a few places for food too, but quickly realised they’d be too far from the hotel. I’m sure we’d figure something out when the time came.

Check-in for the hotel was quick - I wasn’t even asked if I’d like to book breakfast. My guess was that this is something you pay for when checking out, or at the time of the meal. The place seemed little better than a motel, though it’d do. There were lights I couldn’t find a switch for, an AC unit with no controller, and all the power sockets were on the wrong side of the room.

It was almost 01:00 on Sunday morning, and I could finally get some sleep.