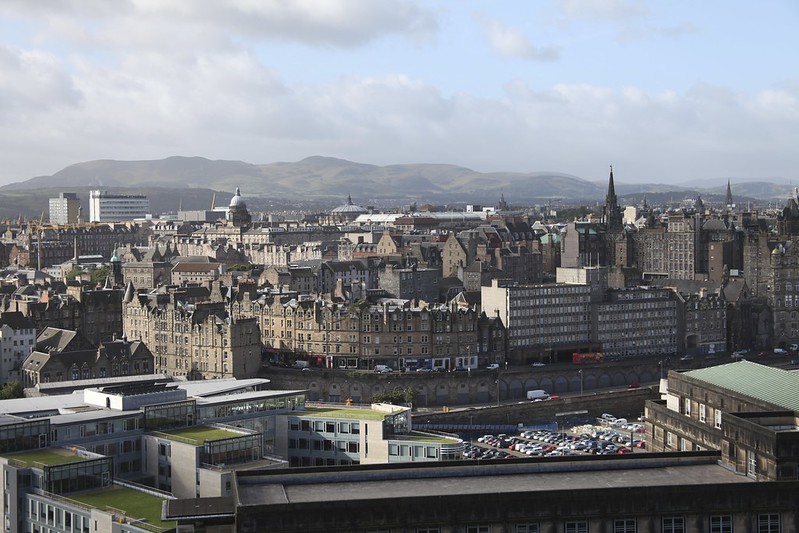 Due to the previous day having been a particularly long and tiring day, I got up later than normal at 08:00 and went for breakfast. The guest house served a cooked breakfast with plenty of sausage, bacon, toast, etc. which was enough to keep us going for the busy day ahead. 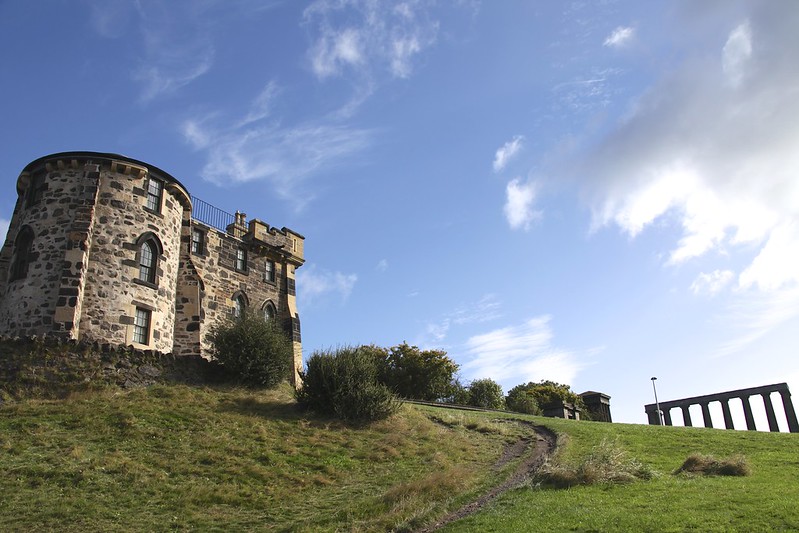 We got to Calton Hill for around 09:30 and paid for 2 hours parking. We took a few photos but was back at the car only 50 minutes later. From the top of the hill we took photographs of the various structures on the hill and a few panoramic shots of the sprawling city in front of us. We also attempted to see if we could locate Edinburgh Castle so we’d have a rough idea of the direction we were heading in next.

Next we drove down the Royal mile taking an insane detour around the new tram system to get to the car park for Edinburgh Castle. The car park cost £6.80 for up to 2 hours. It was then a 15-20 minute walk to the castle and they had a lot of scaffolding up for some event. Based upon the timing I would assume they’d had a screen up for showing the London 2012 Olympics on. 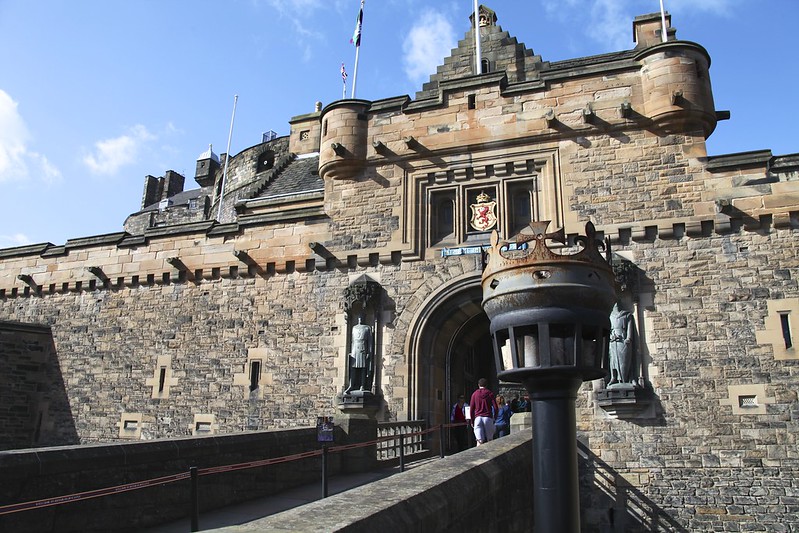 The queue for tickets was incredibly long so rather than wait we used my iPhone to buy tickets online which meant we could go straight in. The tickets were £16 each, so fairly expensive for the short time we had available. We managed to do the castle in approximately 1 hour 10 minutes despite it being estimated at 1.5 to 3 hours. This was because we didn’t have much time to see much if we wanted to get to Glasgow in time for the last tour of the day at the Auchentoshan Distillery.

The drive to Glasgow took a while due to slow speed limits on dual carriageways, even on the motorway that runs through the middle of the city. We checked into the guest house just off the M8 first and then drove onwards to the Auchentoshan distillery. The sat nav at first took us to a housing estate but with my iPhone we found our way back to the motorway and took the correct turning.

The tour around the Auchentoshan Distillery cost £6 per person and lasted for about an hour. The tour shows the entire process from beginning to end of how they produce Scottish Whiskey. At the end of the tour you then get to sample several different types that they produce before being guided to the shop in case you want to make some purchases. 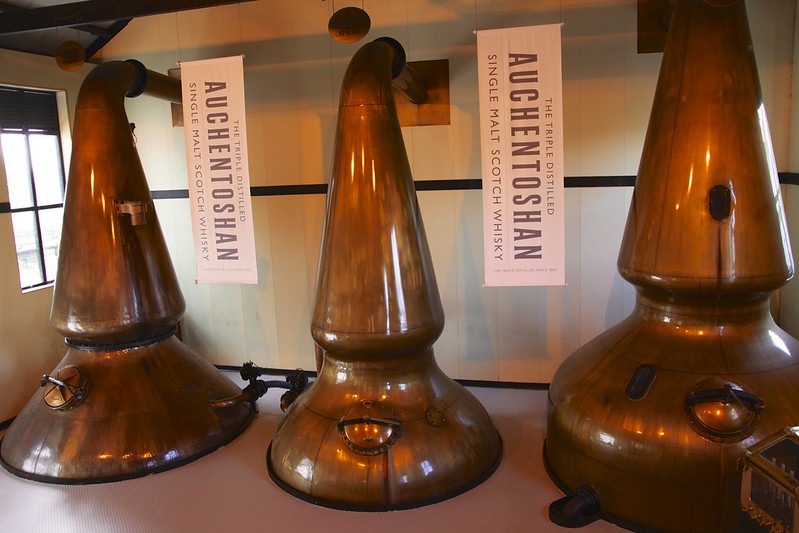 We were told one story of an international visitor who had bought one of their very expensive bottles (over £2,000) and bought some hip flasks for the coach ride back to Glasgow as their wives had disallowed them from drinking and this was their chance to try some Whisky. When asked if they threw the hip flasks in for free because of the price of the bottle the tour guide responded with “Did we hell?!” to which they got the response “Oh yeah, Scottish” or words to that effect.

Along the way to the distillery we had picked up some £3 sandwiches so sat and ate these in the car park before I drove us back into the city. 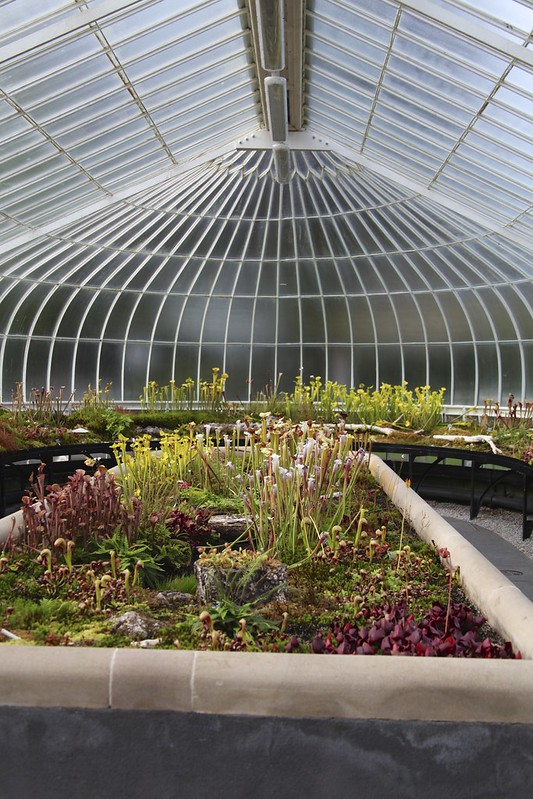 We then managed to get back to Glasgow in time to look round Kibble palace and the greenhouse of the botanical gardens. We had to park a fair distance away from the gardens, but the on road parking was free.

The botanical garden is fairly large, and between the Kibble Palace and greenhouses they have an impressive selection of plants including venus flytraps and pitcher plants.

We left there just after 18:00 and headed to the Necropolis which was not far from the guest house we’d be staying at.

The Necropolis has a Cathedral (St. Mungo’s Cathedral) on one side of the road, and then across a footbridge over the road you get to a Victorian-era “city of the dead” where there is a hill filled with tombs, gravestones and mausoleums. 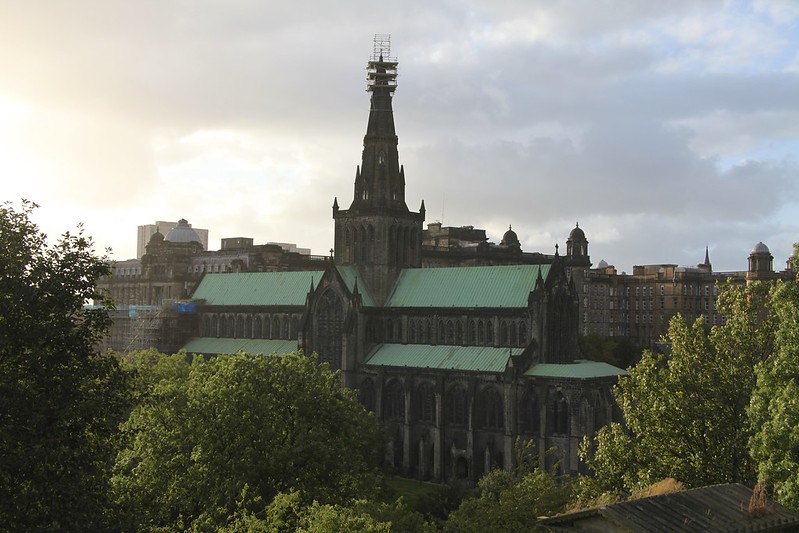 Whilst here I tried to experiment some more taking HDR (High Dynamic Range Lighting) shots of the sun setting behind the monuments that sat atop the hill.

Afterwards we dropped off the car at the guesthouse along with all of our camera gear and went out looking for a place to eat. It was a 20 minute walk from the guest house to a place where we managed to get some great tasting Italian food.