On the previous day one of my friends had celebrated his 30th Birthday, so as a celebration of that milestone we headed off to Scotland for a few days to explore the Highlands.

It was an early start as we were on the road not long after 04:00 – the flight we’d got meant we’d be in Edinburgh just after 08:00. We had a proper breakfast at Heathrow airport whilst we were waiting for the flight as we hadn’t eaten before leaving as it seemed too early for food. By the time we boarded the plane and had been airbourne for about 10 minutes we found we’d be getting another breakfast on the plane.

When we arrived in Edinburgh airport we had to visit the Avis desk to get the car we’d booked. As they didn’t have any of the one we booked we were upgraded to an Audi A3 Sportback. They did try to sell us the upgrade first, but we refused and got it anyway. Apparently this is quite common for car rental places, even outside the UK.

Our next leg of the journey may then seem a little crazy – we headed south, back across the border into England so we could visit Alnwick Castle. The reasoning behind this is that we wanted to see Alnwick Castle as it had been partially used for exterior shots of Hogwarts School of Witchcraft and Wizardry in the filming of Harry Potter – one such scene was when they were learning how to fly brooms in the first film. As we were flying up to Scotland it was easier and made some sense to do this first. 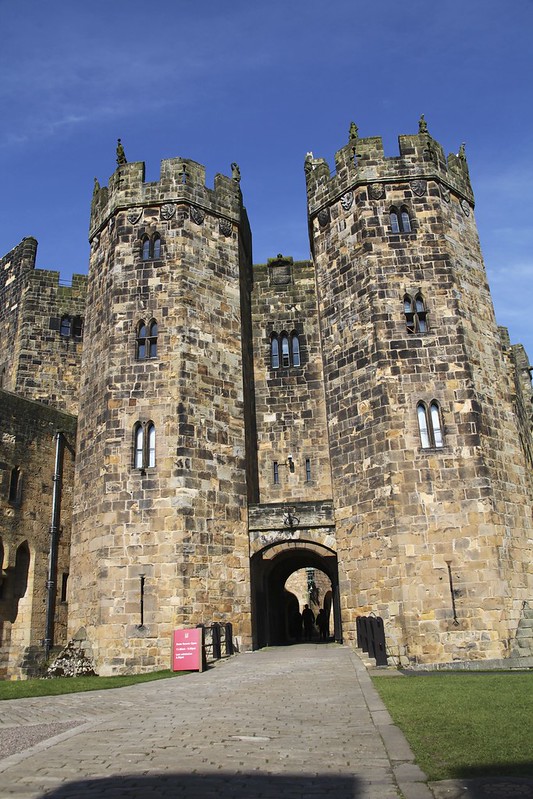 We spent several hours looking around the castle, though it is not as big as some castles I’ve seen such as Warwick Castle – there isn’t even that much to do really. This one did however look like it was still lived in based upon the photos in some of the rooms. As it the weather was really good we did this tour of the castle quite slowly and got to relax a little. The food available at the Castle was limited though as the main restaurant was being used for a function.

As part of the castle tour there was a guided part underground through some dungeons where they try to put on a bit of a show; it was entertaining and the actors do manage to stay in character no matter what! 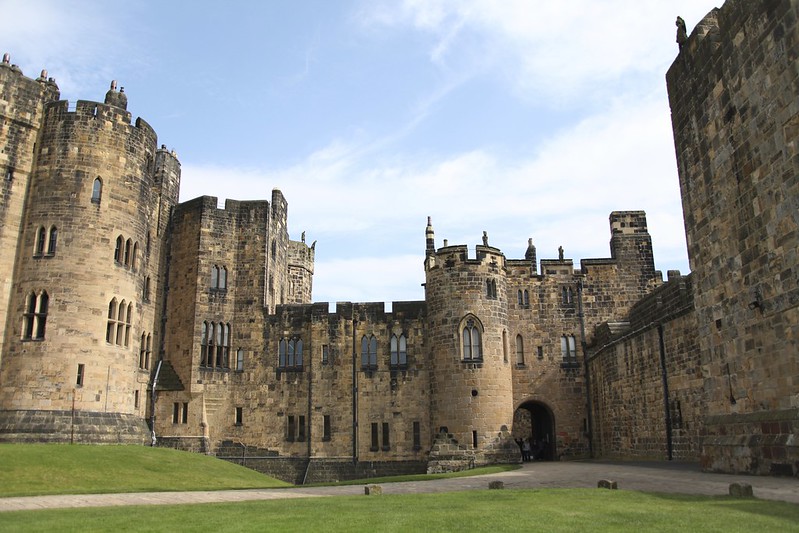 Once we’d finished the castle we headed out across the grounds in order to look around it’s gardens. The gardens are quite large and running up through the middle is a large cascade with water jets firing everywhere. Off to the wings and at the top there are various sorts of garden, though one of the more interesting ones is one which can only be viewed as part of a guided tour – the poison garden. 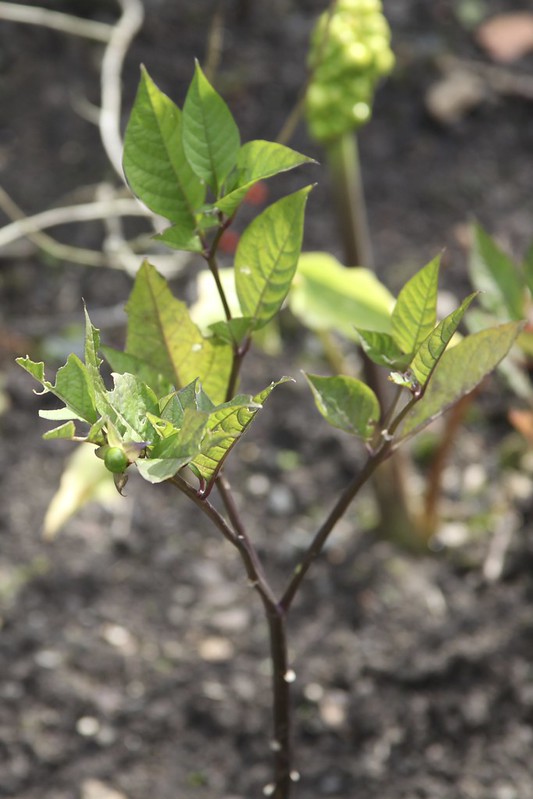 In the poison garden there are plants growing such as Belladonna (these days more commonly known as Deadly Nightshade), though they also have more common plants such as ones that produce nicotine – as they are additive they are considered a poison.

For the drive back I was behind the wheel all the way back to Edinburgh airport. On the way down to Alnwick we found the power socket in the car didn’t work so wouldn’t be too helpful with how much we’d be needing to use a satnav over the week. It didn’t take too long, they told us not to plug too much in to it and changed the fuse – I don’t think it was us that blew the fuse anyway.

From the airport I then drove us into the city to find our lodgings; it wasn’t too hard to find and there was some on-road parking available outside. From there we wandered around the local part of the city and found a pub to have our evening meal at.