As the night drew to an end our flight to Cairns was finally upon us. We had taken two hour “shifts” at sleeping so there was always one of us awake to keep an eye on luggage. It was a bit of an oddball flight, you go through security with the X-ray machine and metal detector as normal and then go through another X-ray machine with a frisk down you have to agree to if you want to go on the flight. After this there is then a passport check for leaving the territory! For some peculiar reason a flight to Cairns is considered an international flight as it’s an international airport, yet a flight to Melbourne international airport is not. I think the only good thing about this airport is that the departures lounge had free Wi-Fi access.

We got in to Cairns at 07:15, 15 minutes earlier than scheduled and got through the airport into a taxi very quickly. The Grosvenor didn’t seem as well maintained as the previous rooms, but at least it was all ready for us when we got there.

Not long after arriving we found a nearby restaurant that is popular with the locals and served a good breakfast with friendly, helpful advice for going around the city. Refreshed but not rested, the Skyrail bus then took us to the start of our next tour – through the rainforest to Kuranda on cable cars. 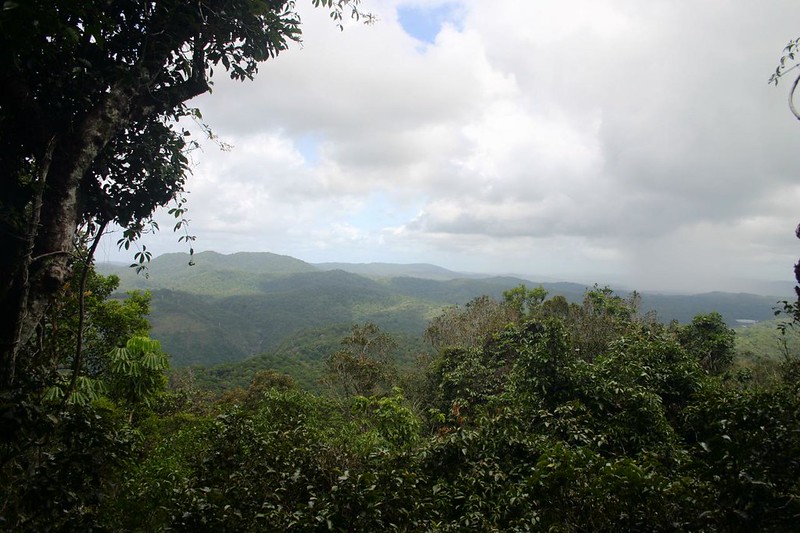 The journey to Kuranda was like being in “April showers” back home – moments of sunshine punctuated by either spots of rain or torrential downpours. I guess seeing rain in a rain forest shouldn’t be too surprising really, but it was actually nice to have rain as it made Barron Falls quite impressive. 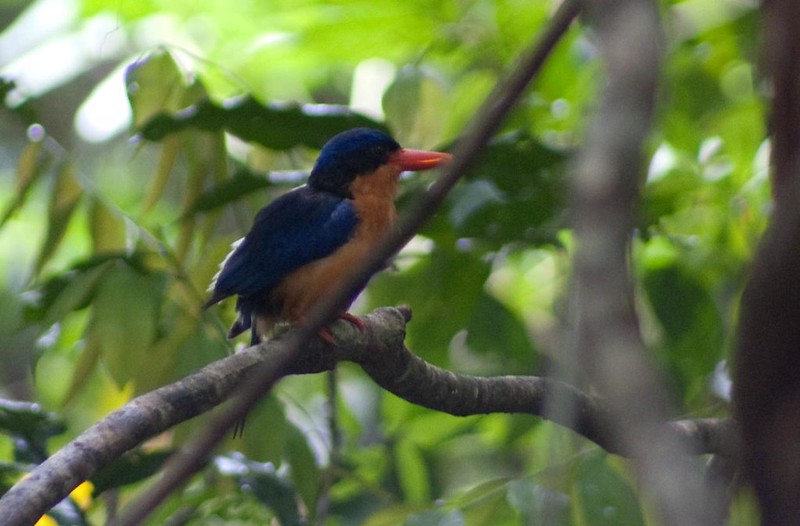 At the two stations with boardwalks you do get umbrellas to use while you’re unsheltered so that you can remain dry. There is a lot of wildlife to on this protected forest, and one particularly pleasing sighting was the Buff-breasted Kingfisher which I saw at the Barron Falls stop. The stops along the Skyrail are Caravonica at the bottom, then Red Peak, Barron Falls and Kuranda. At Barron Falls almost every support pole had orb weaver spiders on it, or some other massive spider. 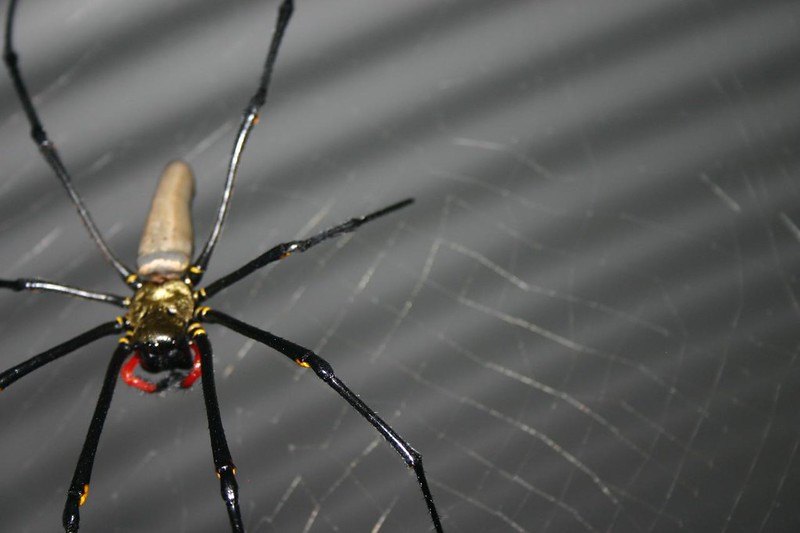 At the Kuranda stop your photo is taken which is their chance to make another AU$20 out of you should you wish to have a poorly photoshopped image of you being in the middle of the Skyrail rather than where it’s taken. Unsure of how far away the village then was we took the free shuttle bus run by the locals up to where the Kuranda Koala Sanctuary is located.

In the sanctuary it’s not just Koala they also have some crocodiles, wallabies, snakes, turtles and a couple of other reptile species. You can also have your photo taken with a Koala for the price of AU$15. The entry fee for the Koala Sanctuary is around AU$15 but you can get a combo ticket which includes the bird sanctuary for AU$28. Even if you’re not a keen birdwatcher it’s still worth seeing due to the exotic birds they have there. You can see birds like the Scarlett Macaw, blue and yellow macaw and Mandarin duck. 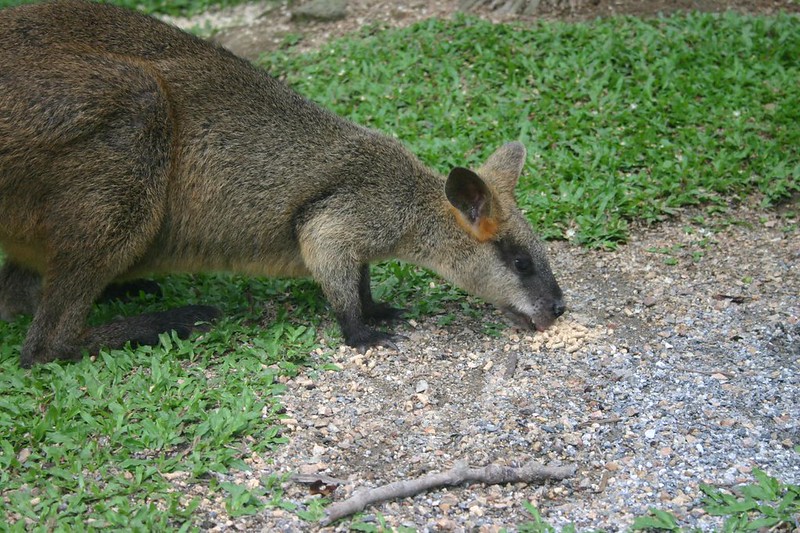 There is also one main street through town you’ll pass through which is lined with high-priced shops and food places for tourists. It seemed on average the prices were about two thirds higher. It’s not just souvenir and food shops though, you can also send postcards from there local post office. An example of the prices you can expect is a range of AU$3.50 for a single scoop of ice cream and then the next shop might be selling the same for AU$5.50 which I think is quite a difference. 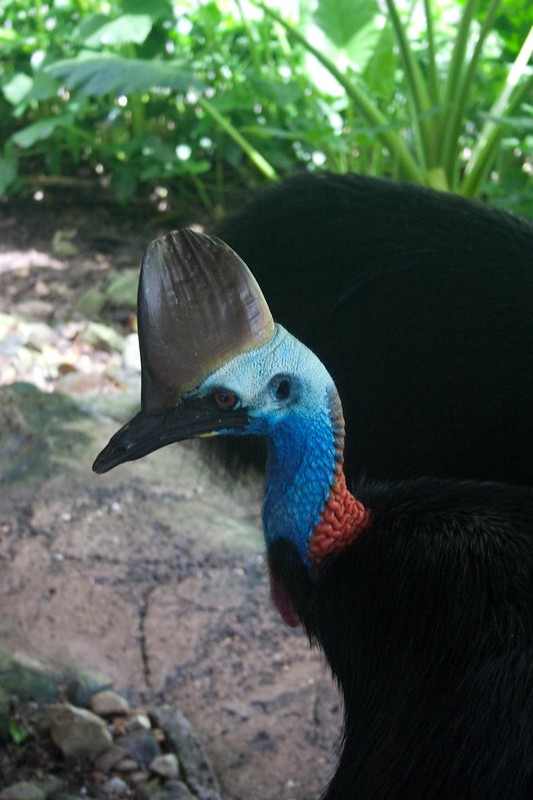 From a souvenir shop I managed to find a nice Aboriginal style mask for AU$29 which I thought was a reasonable price.

The last train of the day was 15:30 and makes one short stop at Barron Falls for people wanting to take photographs. It does slow down at various points also but does not actually stop. Along various points there is also a pre-recorded guide over the speakers to explain the history of the rail road.

If you bought bus tickets you can get off just outside town to take the bus back, otherwise the final stop is in the middle of the city. Our bus took us back to our apartment at the Grosvenor so we could unload our bags to go to the supermarket.

From where we were it wasn’t a bad distance, just several blocks away but there were intermittent torrential downpours. There then comes a point where you have to accept you’ll get wet and just get on with what you’re doing – there’s no point in wasting time with waterproofs as the temperature is too high and you’ll dry off fast anyway.

The supermarket there is a Coles so has a fairly recognisable layout which makes it reasonably easier to find things. We got enough food for a few breakfasts and an evening meal and headed back through the rain to the hotel and the Wildfire restaurant. 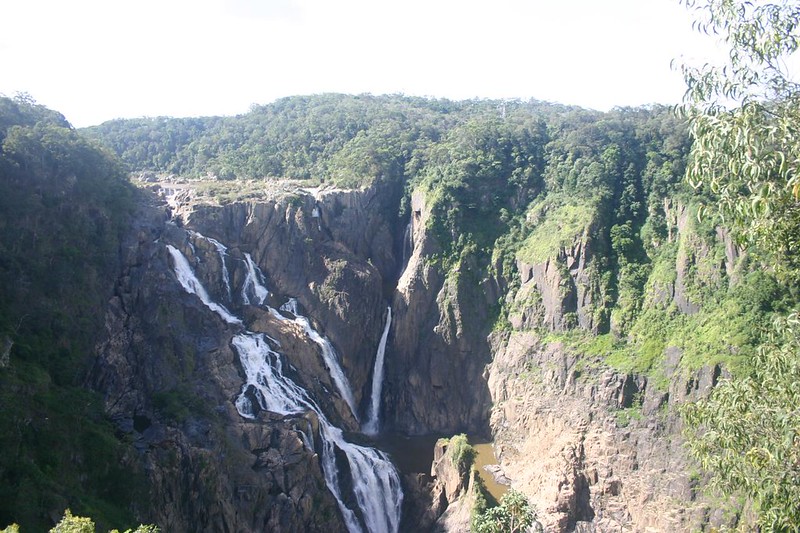