Home to Victor Hugo, French author and poet, Hauteville House was one of those sights I felt I couldn’t miss whilst I was in the area. The only problem was when was I going to fit it in? You have to pick a time slot, and these are limited, so my only choice was for the morning of my flight. I just needed to make sure I didn’t do what my friend did last time, and come close to missing my flight home.

I was awake quite early which gave me a chance to look through some of the photographs from the trip so far, and to get out for another one mile run before breakfast. I may be mad, but this did include running back up the hill at the end. 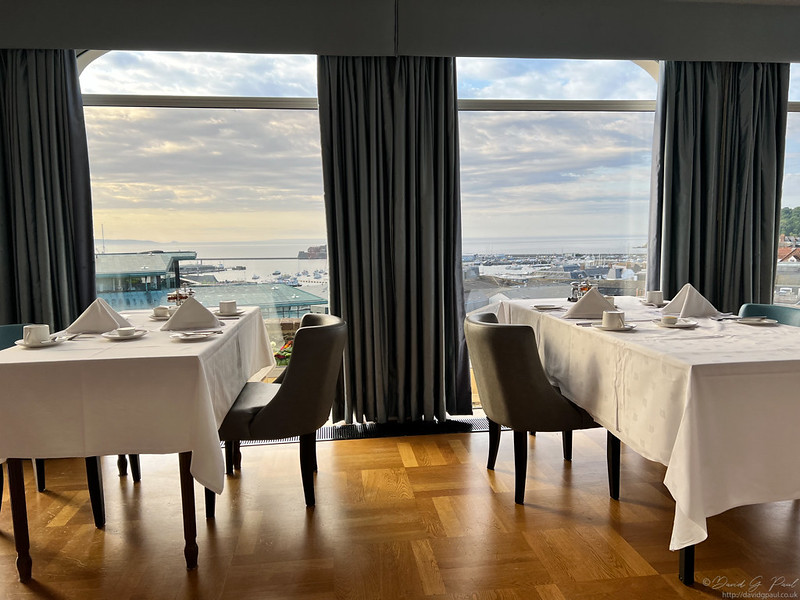 The breakfast room was empty when I got there, and I stood around for a while before one of the staff appeared. Rather than wait, I put in my order for a cooked breakfast straight away, unsure how long it’d take. The pot of tea arrived first, and then the tea, and then the cooked breakfast. Personally I’d have preferred it in the reverse order, but that’s okay. The cooked breakfast consisted of two slices of bacon, a cumberland sausage, a cooked tomato, some black pudding, a pot of beans, mushroom, and your choice of egg.

I’d got the next couple of hours free now to pack, and to relax before checking out and heading to Hauteville House. I needed to leave my luggage at the hotel as the house would refuse entry if I had any with me. It did mean I’d need to go back up that hill one last time. 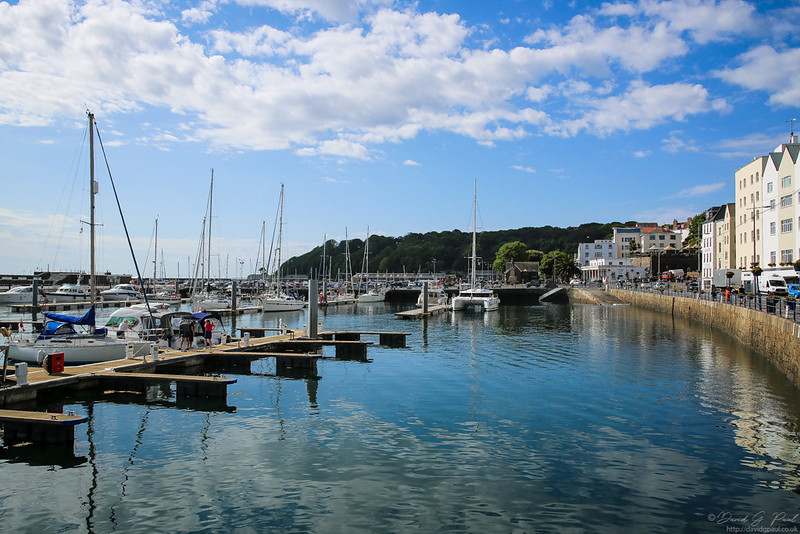 The house is about twenty minutes walking from the hotel, and about half of that is going back up the hill. Surprisingly my legs weren’t doing too badly and I got there early, so I managed to photograph the gardens first whilst I waited for the tour time. There were just two other people on this tour of the house, and for £12 it lasted about an hour. 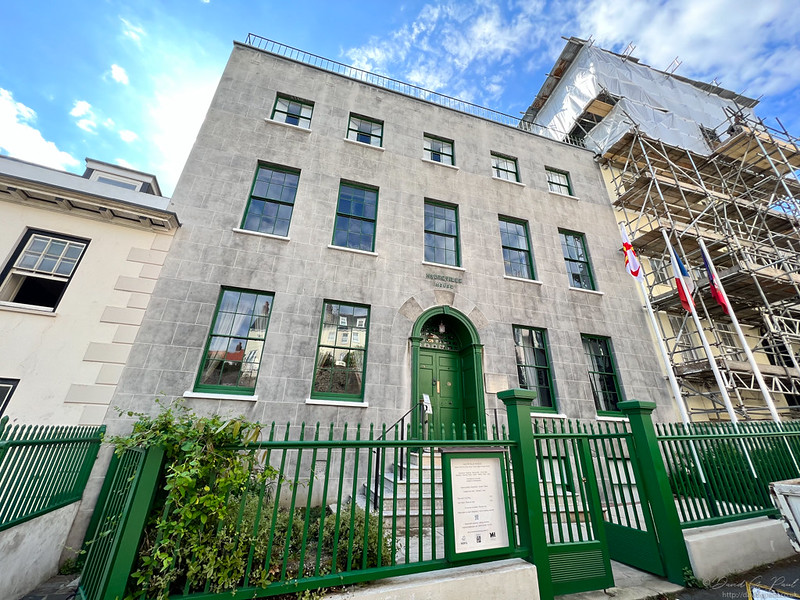 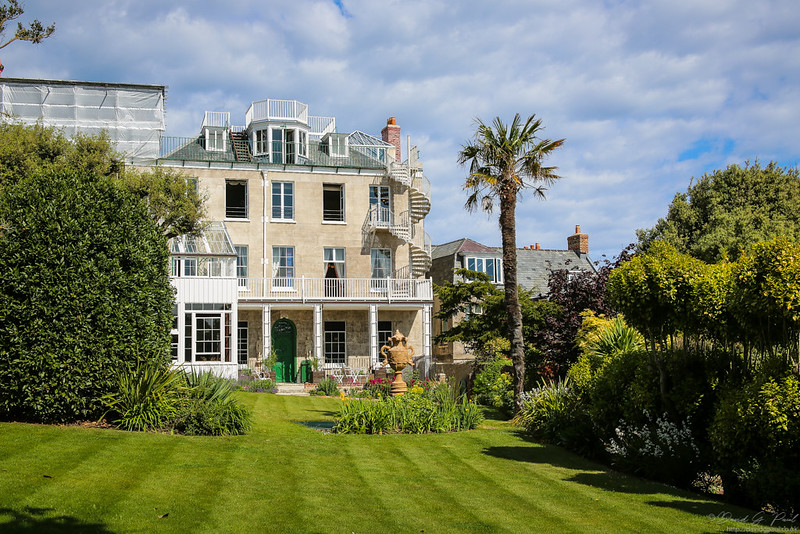 The first room you enter is one with a Carom billiards table - it’s like a pool table without pockets, and has very different rules. There are portraits of his family on the walls here, and furniture and decorations of East Asian design, as was popular during Victor Hugo’s lifetime. This was something we also saw in other rooms. The next one was darker, with a small table in the middle, and a padded seating area low to the floor. The fireplace was made from different pieces of wooden furniture, hand-carved by locals. In one small area of it he had carved the names of people he admired, such as Shakespeare. Next to this is a hidden door which when opened reveals a dark room with a washing line for the prints, and trays for washing the paper in.

There was then a room beyond that with similar sorts of furniture. The next room we were taken to was the dining room where the fireplace and one of the walls was made of ceramics, and plates. Over the fireplace were the letters HH - Hugo House, or Hauteville House. On the opposite wall were some chairs repurposed from a church, and in the shadow between the windows is the ‘ancestor chair’. 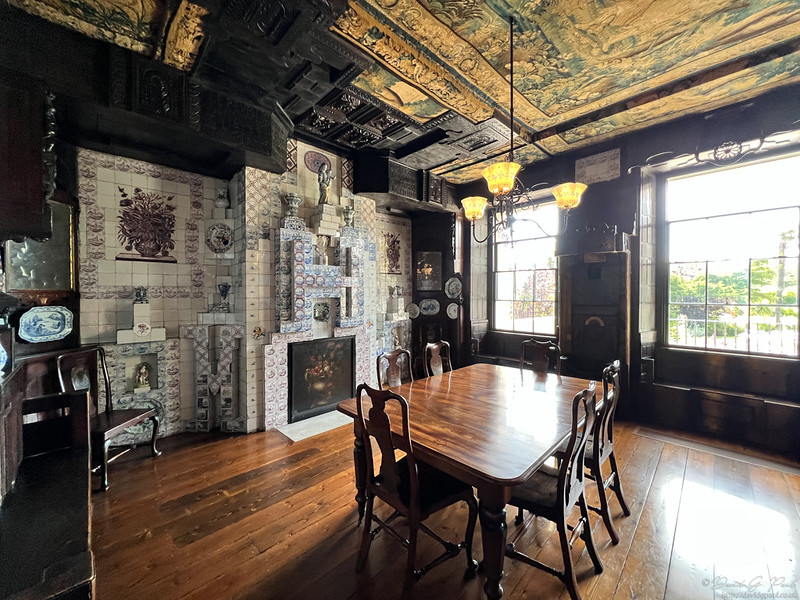 Upstairs we were shown into one room that was half red, and the other half through the doors was blue. These rooms were lighter than the ones below, and the blue room had what was like a conservatory on the back. There was also decking alongside it with a spiral staircase leading up to the next floor. We instead took the indoor one, which led up to the floor with Victor Hugo’s bedroom and study. He never really used these for work though, and had slept maybe twice in the bed. His real office was passed the books in the hallway, and up the final staircase to an attic room lined with fabric. He’d knocked through onto the roof and had also built another room there. Then to the right was another room with what was like a pull-out bed, which is where he’d usually sleep when in Guernsey. 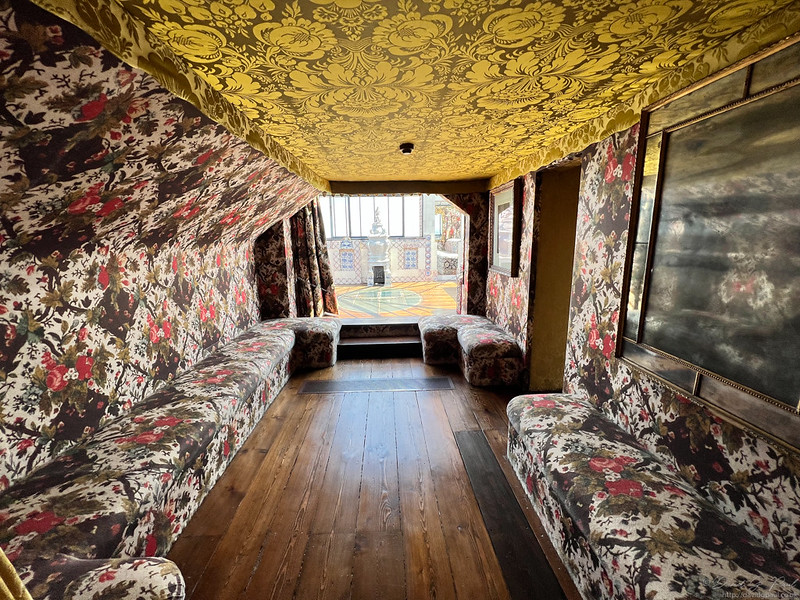 With the tour over I made my way back to La Fregate for the last time, knowing that never again would I need to walk up that steep path. I thought to myself that next time I’d find a hotel further down. From there I headed back down the hill, and along the seafront to the bus terminal. The sun had warmed up so much now, and I was glad it hadn’t been this warm on Sunday. The 91 bus was already there when I arrived, so I boarded immediately and waited. The trip costs only £1.25 by bus, and lasts a little over twenty minutes depending on the traffic. I was at the airport with plenty of time at least.

Check-in was very quick as I was the only one there, and I went through passport control and to security. That’s where it became fun. It’s not unusual for me to have to remove a few items from my backpack, especially on trips where I’m not using my special camera bag. Here however, they did it themselves and emptied my entire bag out into two trays. They didn’t stop there though. They removed my lens from its protective bag, my headphones from their flight case, checked inside my earbuds, and then more surprisingly they unwound the cord on my sketchbook and flicked through that too. This was apparently because their x-ray machine is old, and can’t really handle it, but it took maybe twenty minutes to repack. I was very lucky I’d got plenty of time!

Thankfully I already knew there was a place to get food on the other side of security. Handy, as it was now lunch time. The choices there are hot or cold sandwiches, and a variety of cakes and cookies. There’s also a reasonable drinks selection as well. I sat with a warm cheese and ham panini, and a slice of white chocolate shortbread and waited. To use up my Guernsey notes, whilst I felt they would probably still be usable in the UK, rather than try I bought enough drinks to last me until I got home in several hours.

When passengers were called for boarding, it was back to front once again, and this time had to queue up outside the gate. Eventually this moved outside into the sun and onto the stairs, but again there was a delay boarding. I later heard the airline staff talking about how the second delay had been from a passenger refusing to wear a mask before boarding. The pilot explained the first one was that the stairs weren’t working. How they could fail to work, I have no idea.

The drama didn’t stop there though, they found a bag had been left at the entrance and were now panicking as they didn’t know who it belonged to or where it had come from. None of the passengers came forward, and the other staff member had to remain at the other door. It eventually turned out to be a mixup caused when one of the passengers needing assistance had been brought aboard - their bag had been left behind in the terminal, and someone else had brought it up later. Whilst this was going on they’d done a head count, and by the time the bag situation was resolved they’d lost a passenger too. It seemed like we were never going to leave! 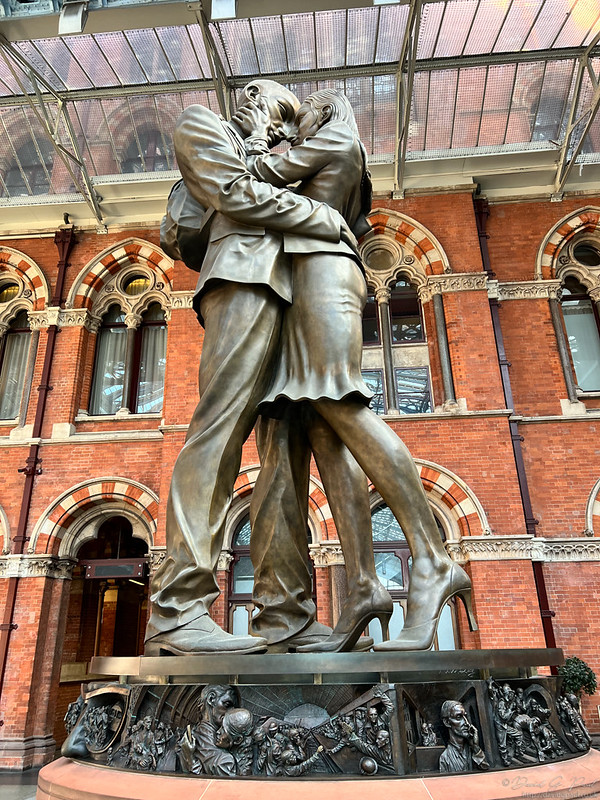 Eventually we did though, and arrived in Gatwick a little ahead of time. As soon as I’d collected my bag I rushed across the airport to the train terminal and took the Thameslink to London St. Pancras. This took around an hour, and unfortunately was too late for me to then get a train to Leicester. I had to wait until outside of peak times, which I thought was after 18:15. I looked around the station for somewhere to get food from, but they were all so busy, and I thought I didn’t have much time. I went outside and the first place I saw was Burger King. I really didn’t want another burger. I thought of checking what was in Kings Cross, but on the way I spotted Nandos and decided that’d do. I ordered a half chicken, corn on the cob, and some fries, and ate it outside in the sun.

When I got back to the train station I found my ‘Super Off-peak’ ticket meant I had to wait until after 18:47. So the next train would be a little after 19:00. I’d got more time than I thought, another hour to wait. Eventually I boarded one, and made it home as a storm started. It’d been a nice weekend, and I’d enjoyed every minute of it, even the race now I’d got some distance from it. Who knows whether one day I’ll go back…