My plans for Guernsey were generally the same as they had been when I was planning for this trip to take place in 2020. Back then I would have been short on time off work due to other trips, so I had been keeping this trip as short as I could manage with just a day and a half for tourism, and travelling there the day before the race. If I’d thought about it, I should really have changed my plans and travelled a day earlier, just in case of any flight problems. I feel when there’s an immovable event - it makes sense to plan for the worst when you can. Whilst I would still have kept this day as relaxed as possible, it would have at least meant I wouldn’t have needed such an early start. I hadn’t thought though; so today I was setting off on the start of another adventure - my first of the year.

To keep my run streak going I got up after an almost sleepless night at 05:20, and ran just one mile. I needed to be in the city by 06:50 for the train to London, and fortunately my sister had agreed to take me there so I didn’t need to book a taxi or try to figure out the early morning bus schedule - which at the weekend could pose problems as they’re few and far between.

The train felt like the better option to me as I was unsure how my legs would feel for the return journey, and a long drive from Gatwick along the M25 at rush hour might not be that pleasant at all. For this, booking it ahead of time meant it was £80.15 for a super off-peak return. The only downside was that I already knew I’d need to wait in Gatwick airport before taking the train on my return. 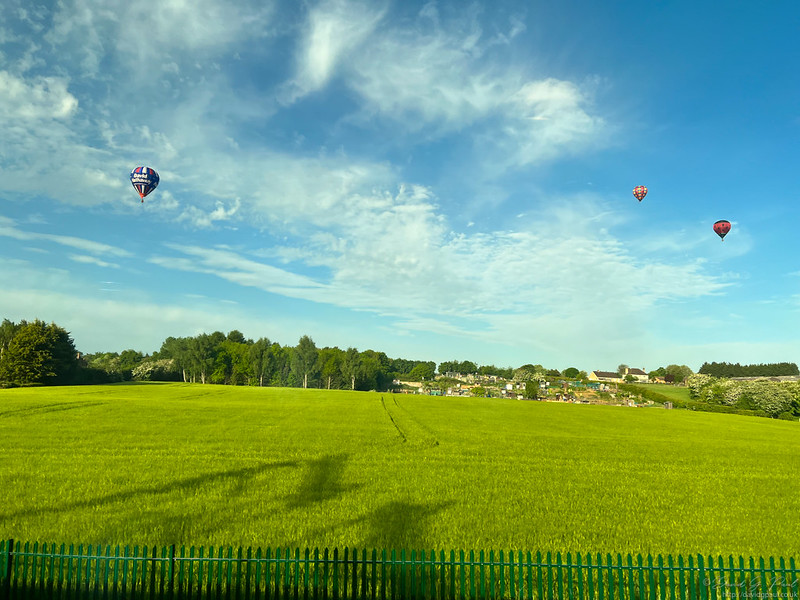 It being a direct train, my journey to London was just over an hour - far quicker than driving would have been. The sun was out, and several hot air balloons were making the most of the early morning sun. From St. Pancras I then needed to find my way to the Thameslink trains so I could take one of those the rest of the way to Gatwick Airport.

Whilst news reports indicated that Heathrow and Manchester airports were chaotic for baggage check-in, I found that Gatwick was relatively quiet. I was able to check in almost three hours before the flight, compared to the usual two for short haul, and security took only fifteen minutes to get through. This gave me plenty of time to sit and wait with a cup of earl grey tea, and a bakewell slice. Whilst the main concourse is noisy and busy, I found a quiet seating area on the way to gates one to five - expecting my eventual gate to be one of these anyway.

The flight from Gatwick to Guernsey is a relatively short one, so it’s not really that easy to make up for any delays in the air. They had to wait for the aircraft to be refuelled, and I was unsure how long that was going to take as staff absences meant things were going slower than normal. This caused a ten minute delay, yet somehow the flight still managed to land in Saint Peter Port an amazing thirty minutes early!

It took about ten minutes to be off the aircraft, and in the baggage hall, and for this flight there was no passport control so it just depended upon how long it took for my luggage to appear on the carousel, and then out to meet the airport taxi driver I’d booked at the last minute to save on time. 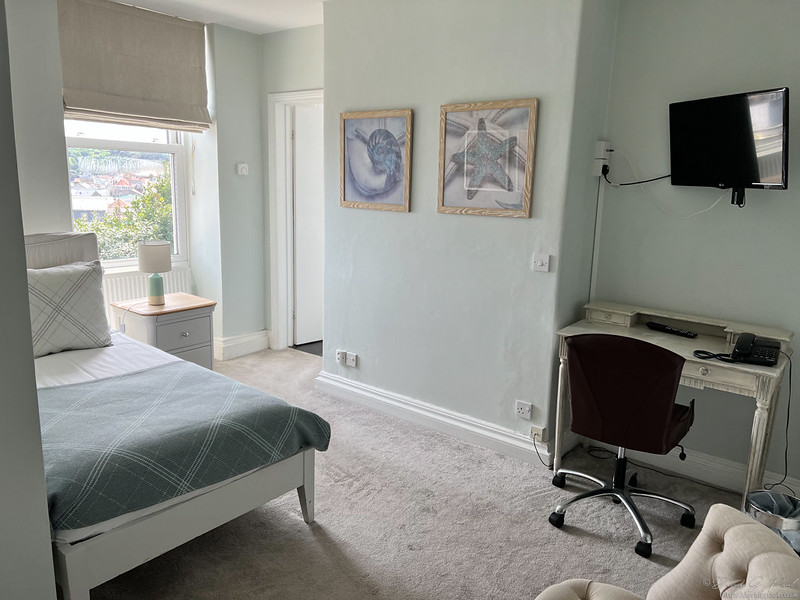 Even by the time I’d reached the hotel it was 13:20, so I just needed to get sorted, and get a few bits for tomorrow. Whilst I was out I photographed the Liberation Monument, and got a shot across the bay of the castle as well, but then tripped over a bollard and bashed my knee when I turned around. Hopefully it wouldn’t result in a fresh bruise before the race! I made my way back to the hotel, cursing the steep hill up to it. I could really feel it in my legs!

Once I’d dropped off my shopping, I wandered back down the hill, but then back up it to meet Carmen at the Candie Gardens for the LEGO Brick City exhibition. This exhibit has been touring around, transporting the various pieces in flight cases for security. In Guernsey at least, the first one you see is London St. Pancras, which I’d only seen the real version of that morning. It consists of over 180,000 standard LEGO bricks, and is filled with so much detail such as the London Underground station below, and a LEGO school group standing around outside. 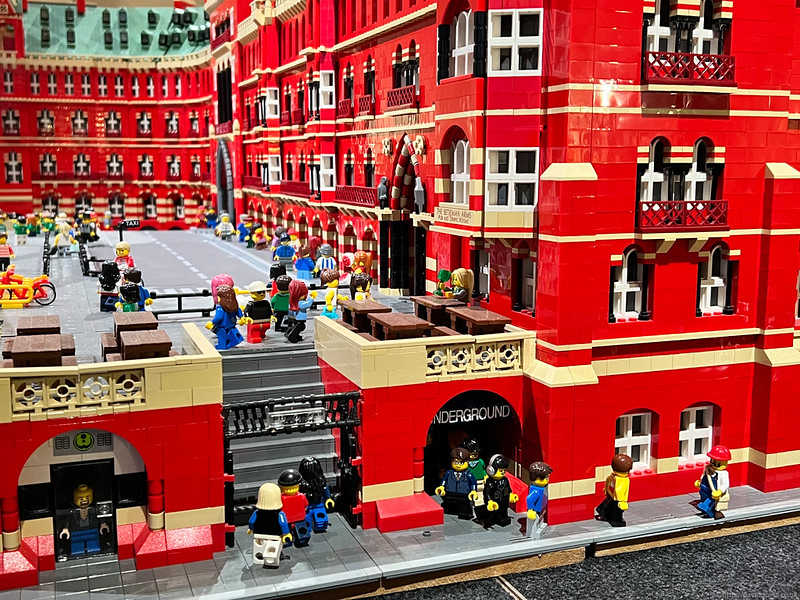 There are other pieces of Amsterdam, El Castillo, the Colosseum of Rome, and a riad in Morocco. I was a little surprised about how many of the places were representations of places I’d visited. Maybe I really have seen a fair chunk of the world now. Outside the exhibition is also a wall where you can add your own LEGO designs to, so Carmen added GU36 - the race we’d be doing tomorrow. I was impressed she got the spacing right for making the letters on her first try. I could tell she’d done this before! 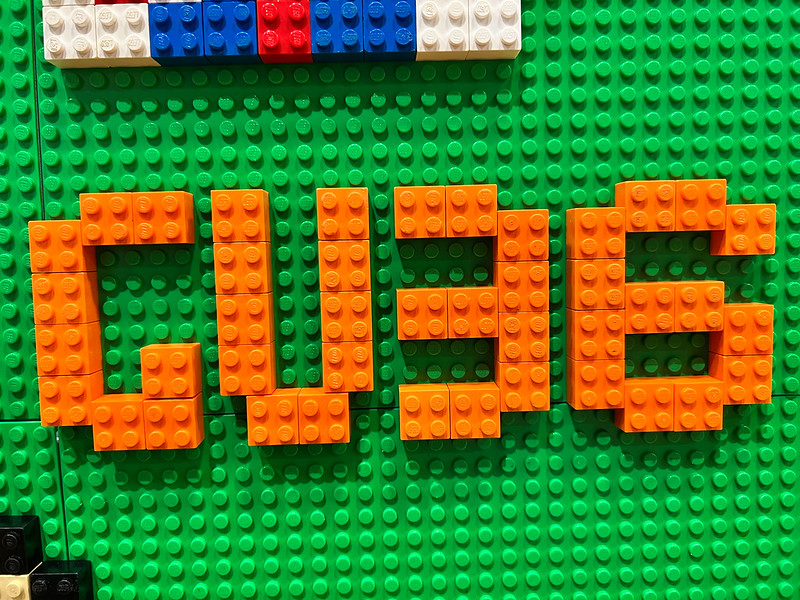 After pausing for a warm drink, we then walked back down into the town and around some of it. Sure, walking around the day before a big race isn’t always the best idea, but we took it slowly, and didn’t do too much. I thought it was an enjoyable afternoon. Some of the old quarter is cobbled which does make the area look nice. I then rested at the hotel for the rest of the afternoon 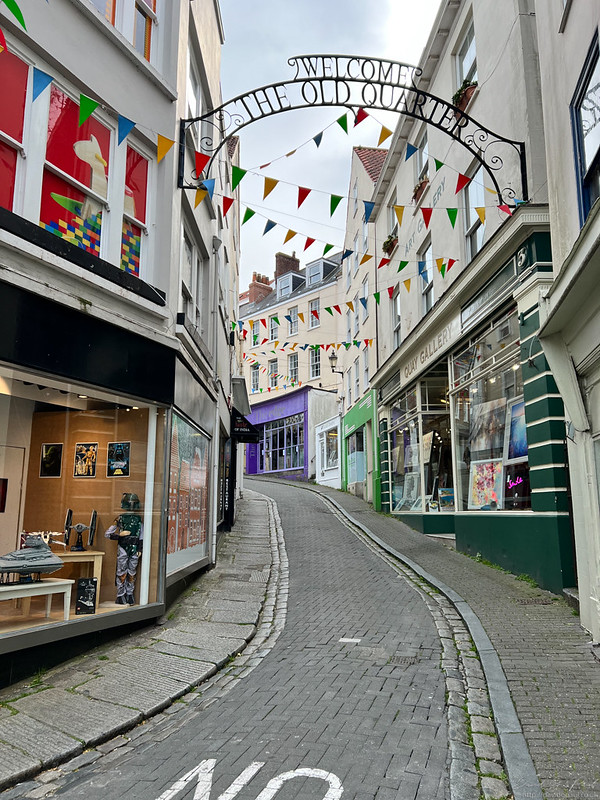 At 17:40 I headed out for the group meal at gusto, an Italian restaurant in town that meant going down hill to go back up hill further along. Fortunately it was only a ten minute walk to get there, so my legs wouldn’t be too bad. I did take a wrong turn up an extra hill when I was trying to take a shortcut, but I still got to the restaurant just ahead of time. 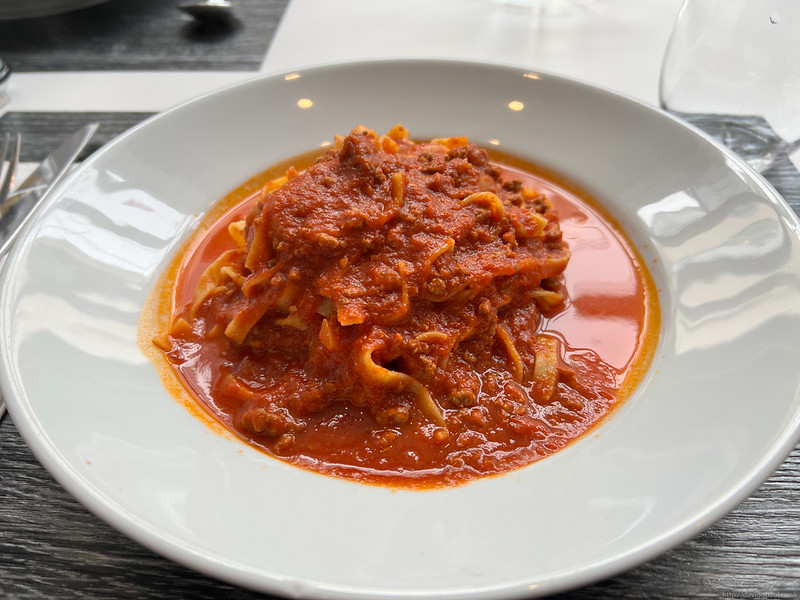 My last carb-loading meal was tagliatelle bolognese with plenty of parmesan sprinkled on top, which as usual I scoffed down pretty quickly. Let’s just forget about me splashing it across the table - sometimes accidents happen when bolognese is involved! For the next thirty or so minutes we wandered around town, and got a few more photographs of the cobbled streets, and the bunting strung across them. It really feels like a nice seaside town. 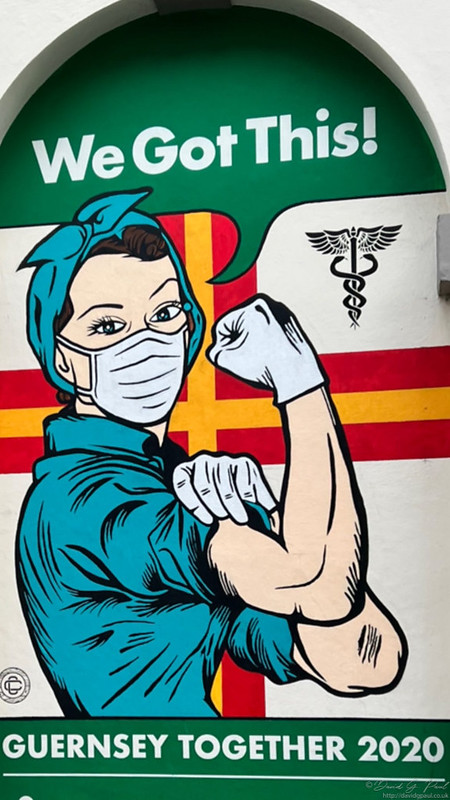 Back at the hotel I then prepared for the day ahead, making sure my running backpack was ready, its bladder filled with just under 1.5 litres of water, and relaxed for the remainder of the evening.