With nothing really to do, it meant there was no need to get up too early. Some people did yoga outside led by Isobel, whilst others wandered around and sat waiting for breakfast. I came across a couple of insects worth photographing - an Afrotropical carpenter bee, and a praying mantis. 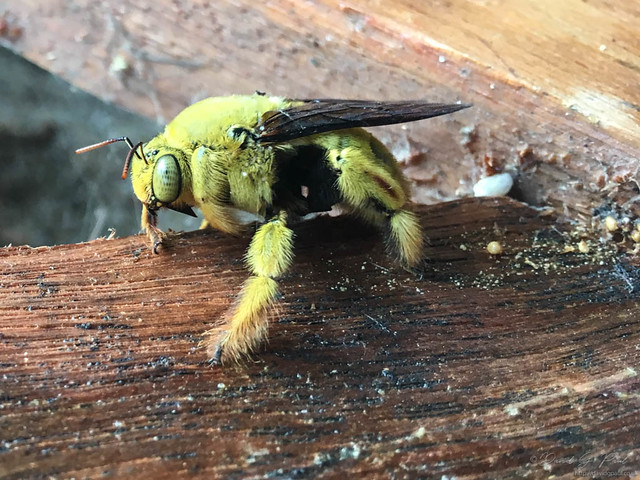 It’s a shame I’d left my camera equipment for insect photography at home - I’d not expected to be photographing anything small - I’d expected there to be big mammals roaming around. In reality all we saw were pets, livestock, and rhesus macaques. There were sometimes birds such as a fish eagle, and a kingfisher; but most of the birds I saw were not close enough for even my big lens to see. It seemed the big mammals would mostly be on the reserves further south.

After breakfast there were games with teams Sungo and Kalenjeka competing against each other. The first of these games was stacking items on a bike, scoring points for height and styles, and whether or not we could also carry the bag of coal. Kalenjeka went first, which gave us the opportunity to plan more - we figured we had to take the coal.

When our turn game we loaded up as much as possible, but the coal was too much - it was dragging behind the bike and causing the rear wheel to jam. We sacrificed some points to sort it out, but it didn’t help - the bike fell over and lost the load. We didn’t manage to finish the first challenge, but in our ambition we still weren’t too far behind. It was anyone’s game to win with the second challenge.

Next we had a demonstration of a woman carrying water from one point to the other. We’d get points for the most water, and points for finishing first. It was close, and it all came down to Rebecca being able to finish first. She was doing so well, but then the bucket started to fall as she reached the line. It didn’t stop there though - in her efforts to cross the line she fell over the bucket, hitting the ground hard. For the briefest of moments I thought she was about to break her leg - but she seemed to have gotten away unscathed.

She was covered in mud, but it was okay - Nick was on hand with a full bucket of water to help clean her up. Well, sort of. I’m not convinced it helped, but it sure was funny. We hadn’t quite managed the win, but in her valiant attempt to finish we managed to draw!

Whilst these games had gone on, a number of locals had arrived to talk to us.The first of these worked on the radio, the second was a school teacher and singer, and the last an MP for Nkope and the other 91 villages that make up this constituency.

They each had challenges that demonstrated both the different adverse conditions that can be encountered when growing up in Malawi, but their stories also proved that it’s possible to overcome them and be a success. Education is one of the biggest challenges in the country for all aspects of life.

Primary school education in Malawi is free, but secondary school selection is done on exams. Only 15% of the population will pass the exams to be invited for a place and to be able to afford secondary school prices. A typical year there would cost around £50, but boarding schools for those that’d need to travel cost more. It may not sound much but most families don’t have that sort of money if they need to buy food and other necessities.

The work we’d done would help a little with basic education, and providing a sustainable food supply that could perhaps also bring them a little income from selling any excess. It felt like these stories proved that perhaps what little we’d done might just make a small difference to the lives of a few.

I think the thing everyone was most looking forward to today was visiting the Makakola resort to relax. Since hearing that they served Italian food, I’d been looking forward to having a pizza there. I went for the campagnola pizza, and a small slice of cake. In preparation for the marathon I added extra salt to the pizza, even though it wasn’t needed - a way to help with the salt loss. 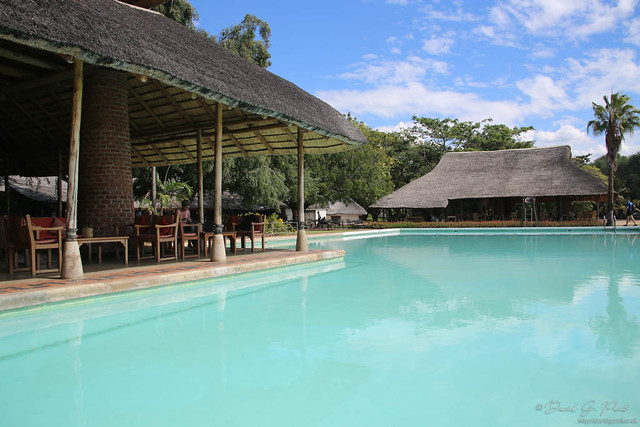 After dinner we had some time there for relaxing. Half the group went down to Lake Malawi to swim, and the other half sat in the shade. When we’d arrived we’d been told by the hotel staff that use of the pool would be 4,000 kwacha - so nobody had bothered to use it. I’d wandered off to see what I could find to photograph.

Being there in the resort we could almost forget where we were. We could have been anywhere with that pristine beach. When I found we’d got more time than expected, and that the pool was actually free, I decided to have a quick swim in the pool. I decided to stay awake from the lake due to the risk of bilharzia. 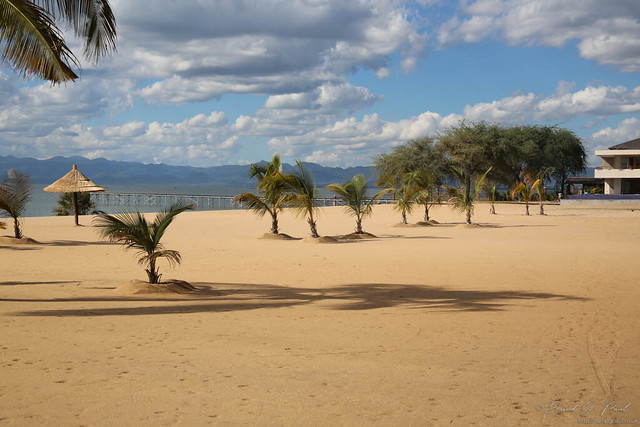 On our way back we made a stop at a bazaar to buy some bottled water. Although we’d been drinking water that had come from a bore hole and then filtered by hand using a special pump, a growing number of the group had been ill over the last few days. To rule out the water as a possible cause they decided they wanted bottled water for the race day.

I can understand this, and I did buy two litres of water as well as I’ve been to races in the UK where water kept in large tanks has become contaminated and given people issues. I didn’t want to risk it no matter how clean it was. In fairness though, the water they’d prepared for race day was some of the cleanest water you could hope for. Though, I was told by the medics that the locals had been putting their hands in the drinking water when filling paper cups.

That night many of us started to think more about the race, and the challenges we’d face as we prepared the best we could with the time we’d got left. We were briefed and handed numbers to the sound of applause after the pasta party. It’d be an early night for most of us, and an early morning awaited us.