I slept much better overnight, probably due to the exhaustion from the day - the heat certainly hadn’t lessened. Despite this, I was still awake in time to turn my alarm off before it went off, so I could go with the others for a 6am run.

For this run we ran through Nkope, across a bit of a field, and down onto a dried-up riverbed about three kilometres away. If the previous run had been tough, this was tougher. The ground would shift constantly underfoot when moving so was thankful not much of the marathon would be on this type of surface. By comparison the previous route didn’t seem that bad at all. Amazing what a change in perspective can do.

Once again we returned for breakfast at 07:00, and back out for a day of work around 08:00. Our morning was spent in two different teams with one team using hoes, rakes, and slashers to clear an area and to prepare it for crops. The other team, which I was in went to plant trees elsewhere. I managed to plant eight even though we ran out of water for a while, and the bore hole had to be cleaned out. 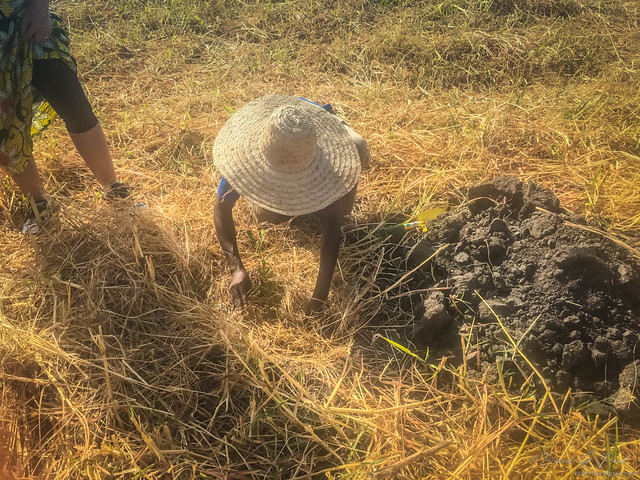 As the sun would bake the ground where the trees were being planted we needed to protect these saplings. To do this, each spot for planting a tree had fresh top soil being protected by hay. Removing this by hand could be uncomfortable without gloves due to many little tiny bits it’d leave behind in your hand. I did however come up with a solution. Use the trowel to move it! 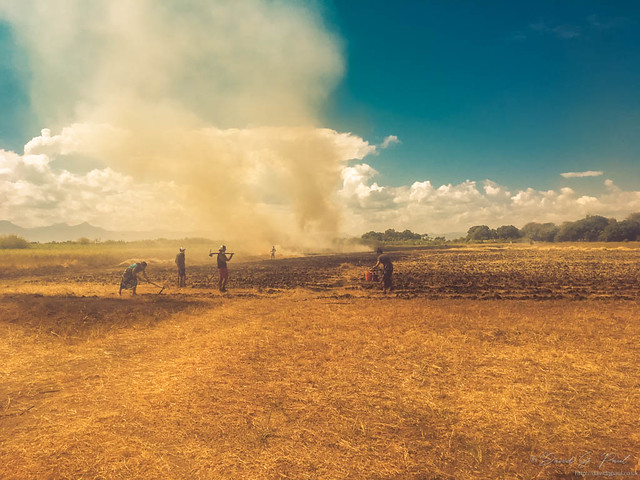 Mid-morning we swapped jobs, so I went to help clear the field. I started off with the slasher but found it really agitated my blisters, so swapped to hoeing for as long as possible. With our morning labour complete, we went for lunch in the project centre.

Most had egg sandwiches, but as I don’t eat egg Edyta let me have one of the humus ones. Accompanying these were chips that had been cooked using one of the fuel-efficient stoves that are actually made there. As it happens that was what our afternoon would be for.

Once everyone had eaten we were shown how to work the clay, and to make the stoves that we could see stacked up. These fuel efficient stoves would allow them to burn less wood - maybe that doesn’t seem like a big deal, but when 80% of Malawi’s trees have been cut down for burning and building it’s important to save what is left.

Maybe one day Malawi will be as green as it once was. Planting trees such as we had would give them more food, a better variety in their diet, money from selling the excess, and places for wildlife to live. It’d be interesting to see how much success they have, and what Malawi, or at least Nkope, could look like in ten years time. 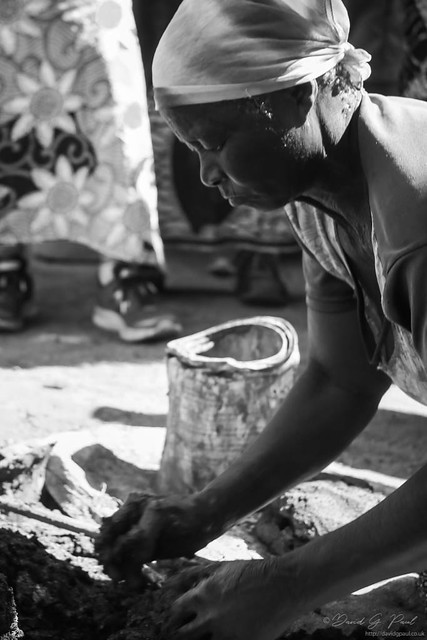 Our stove building was done in three teams, with each team being responsible for building three stoves. I thought it was like one of those messy games they’d have on The Generation Game where there’d be a perfect demonstration, and then the teams would literally make a mess trying to copy. It seemed though, at least from what we were told, that our stoves would suffice and would actually get distributed amongst the villagers that don’t yet have one.

Later that day the IMS team had a surprise for us - we were off to Mpale Cultural Village to watch the sunset and a show. This place was a sort of resort it seemed - the buildings here were constructed to resemble traditional buildings, but of course these were designed for tourists. We passed these buildings and stopped at a bar on the top of a hill which overlooked Lake Malawi.

It was nice to relax, and Stu had taken over their bar their - continuing to serve us drinks. It seems he can set-up a bar, or at least take over a bar, wherever he goes! 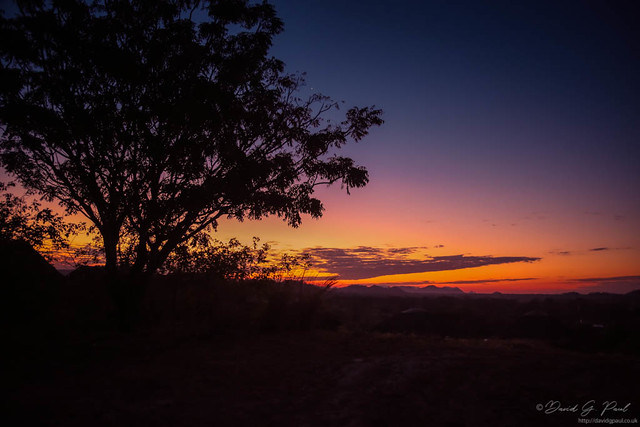 We stayed atop the hill waiting for the sun to set, and as always the African sun did not disappoint. The sunset got better and better then seemed to be over; but then started getting better and better once more until it was gone. Whilst we’d been watching the sun, the staff at the village had set-up for a cultural performance; though we couldn’t see them that well so after a few minutes they decided it’d be better to go to their open-air auditorium.

I noticed pretty much straight away a downside to open-air performance at night - my shirt which was supposed to repel insects wasn’t doing so. It felt like my back was becoming a feast for every insect there.This sort of thing is best to try and ignore though when there’s fun to be had.

The locals demonstrated different cultural dances, and eventually people started joining in with them. Watching it was so entertaining, especially when one of them started throwing Nick around - he was twisting all over the place. I wasn’t sure if it was to try and stay on his feet, or just trying to go along with what was happening. Regardless, it was so funny to watch - I didn’t feel comfortable trying to join in as well. 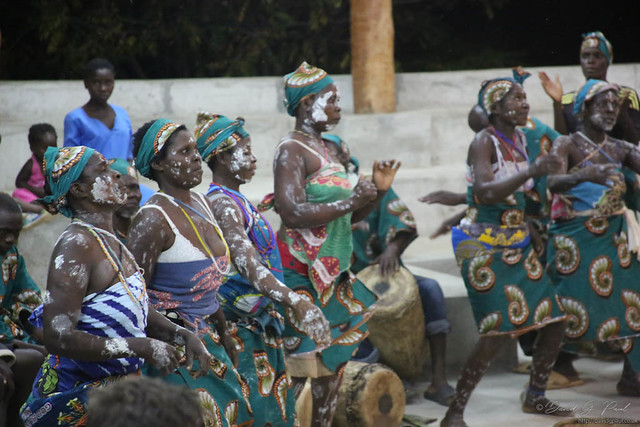 When we got back to the athletes village there was a barbecue - I think this was one of the groups favourite meals from the week. Everyone, well the meat eaters anyway, commented on how good the sausages were. It was also a chance for people to try seema if they’d not had it before. Seema is a maize product that is the staple of the local diet in Nkope, and in fact most of Malawi.

That evening it was our groups turn to wash up, which took a good hour. The music and partying went on into the night later than normal.