My plan for the start of 2018 was a simple one. I’d start with the Ashbourne 10K, the Reading Half, and then finish off with my third attempt at the Greater Manchester Marathon. Like everything, plans change.

I’d planned to be in London on Saturday 3rd February to visit the British Library, but had no plans on staying for anything else. When the Winter Run was advertised it reminded me that it’s a race I want to do sometime as the snowflake medal design is one I like the look of. A friend said I should do it, and after checking the date I realised it’d be the day after my visit to the library – there was no reason not to do it. In fact it would be a great opportunity for me to race in London again for the first time since I did the London Marathon in 2015.

It’d be a race earlier into training than planned, so I had no intention on putting pressure on this run to be a PB or anything like that – it’d just be a tempo training run, and a chance to meet up with Emma-Joy.

Pre-race Day and the History of Magic

I was in London to see the History of Magic exhibition before it left the British Library for overseas adventures. To get there meant an early start, though I’d miscalculated and got to the library an hour before I needed to. I wandered around and snapped a few photos of the building, and looked around one of their free exhibitions that has a copy of the Magna Carta on show. The exhibition I was there to see however did not allow photography which wasn’t detailed on their website. I mentioned this to them, and was told it says so on the ticket – I shown them my ticket and pointed out “no it doesn’t”. It was disappointing, but I looked around the exhibit anyway. Unfortunately it wasn’t that good, and many of the exhibits were difficult to see even though the numbers were limited. 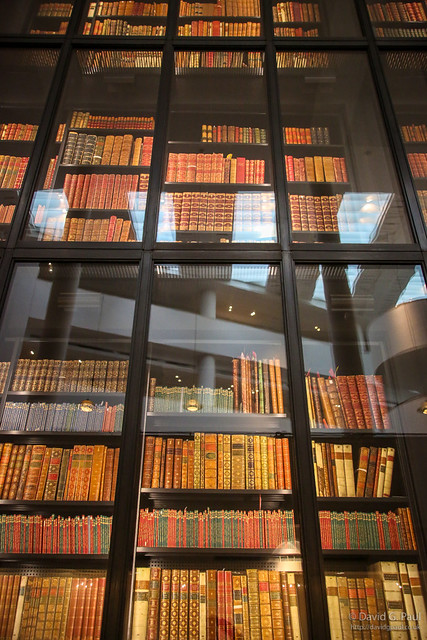 I spent the next hour getting back out of London to where I’d be staying overnight so I could check in. It was a B&B, and I was led into the neighbouring property and given the code for the room. I was told I’d be able to leave my car there whilst racing in the morning, so I dropped my things off and after a quick shower headed in the direction of Southwark. This time I got off at Goodge Street and walked to Westminster from there, so I could take a few photos and look in a few shops along the way – there’s some great bookshops on Tottenham Court Road. It hadn’t yet stopped raining since the sleet started when I left home, and was really cold so having a few hours to kill turned out to be pretty miserable – but I tried my best to stay positive. 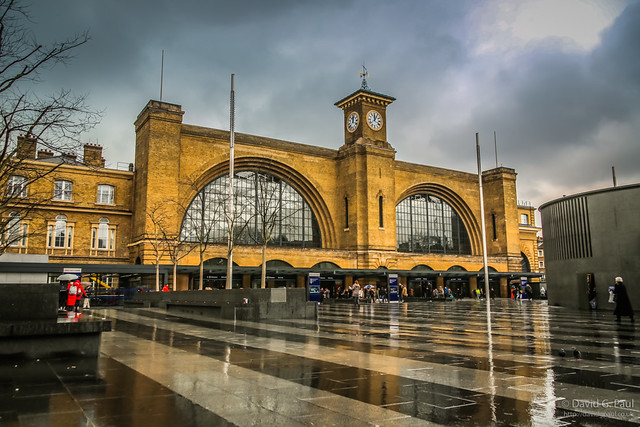 I met up with @EmaJoyC, and we walked to Vapiano for some food as night fell on the city. This place is different to any Italian restaurant I’ve been to before, but reminds me a little of Mongolian barbecue restaurants. You decide what you want, and then they make it in front of you – and to keep track of what you’ve had you’re given a smart card to use. It’s a clever idea, but doesn’t work if you lose the card! If I’m honest, this was the best part of the entire day – not just the great food, but the great company as well.

Afterwards I headed back to the B&B. I bought a cup of tea on the way as after buying some tea bags I had a sudden realisation that the room didn’t have a kettle. The room although it looked reasonable, was actually pretty awful. I could ignore the spatter of something that looked like dried blood on the all next to the bed, and the rickety trestle table, but entire place smelt of something stale. There was also a lingering smell of smoke despite this supposedly being a non-smoking property. The heater couldn’t be turned off either so I had to leave the window open which meant I could hear the constant traffic of the dual carriageway – but this was almost drowned out by some noisy guests.

The noise had carried on until midnight, but I could still hear the traffic, so an hour later I closed the window – deciding it might be easier to cope with the heat. This brief reprieve was only short-lived as the other guests started shouting, banging around, and listening to music at 03:45. It seems they couldn’t close doors without slamming them, and their attempts at singing “New York, New York” at 05:00 was not appreciated either. This noise carried on until I eventually got up for breakfast – the usual pre-race tradition of crunchy nut cornflakes. No drink this time though, as I hadn’t brought a mug or kettle with me.

As sleep had eluded me, I was incredibly tired and had a feeling this race would not be going well. I’d still try and put some effort into it as for this tempo run to be on target I wanted between 40 and 42 minutes. I wasn’t sure I could still do it, but I guess things like this make for good training.

When I left, the guy that had been drinking beer and smoking in the kitchen was still there in the same seat, and still drinking beer. He shouted “I hope you had a good stay!”. I grumbled a “yes, thanks” as I left. I wasn’t too confident about my car being safe at the B&B so I drove it to Stanmore and took the tube to Westminster, seeing a few other runners along the way. Despite the organisers saying there wouldn’t be many portaloos for runners, I noticed that there was actually more than there were for the Brighton Marathon – they needn’t have been worried about the numbers too much. From there I went for a warm-up jog passed Horse Guards Parade, and along The Mall to Trafalgar Square. There was already a lot of runners around, and with the roads closed it gave a completely different atmosphere to the area. 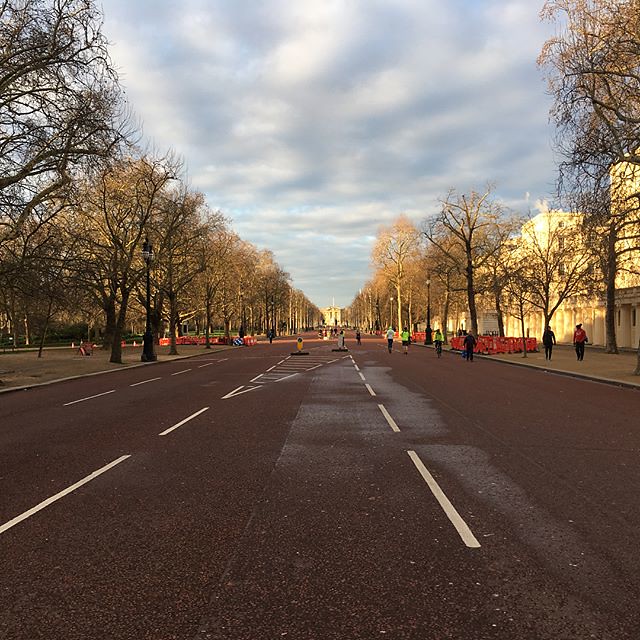 I stood around, waiting for Emma or anyone else to arrive, but no one did. I’d planned on dropping my hoodie off to collect at the end, but I was that cold (it was 1C) I decided that I’d run with it on – so a base later, shorts, and a hoodie. To get to the start you have to walk around the outside of the Canadian Embassy as snowpersons blast fake snow over the crowds. By the time I got to the start there was already quite a crowd so I’d be starting quite a way back. I got about as far forward as I could manage, and got a call from Emma – she’d been running late and was making her way to the start. I then felt a tap on my shoulder, and at first I thought she’d made it – but turned to see @albowk – a pleasant surprise as I’d not seen him since Manchester Marathon last year.

For the first couple of kilometres of the race it was incredibly crowded. To start with I couldn’t even get to a sub-7mi pace, though every now and then had a burst of speed when I found a gap to get through. It meant my pace was all over the place, and I was probably expending more energy than I needed to, but eventually after the first U-turn at St. Giles, I was able to settle into a pace. I got through the first 5K in just over 20 minutes, and thought to myself that wasn’t too bad – the second half was bound to be slower, so would possibly sneak under the 43 minute target. Maybe it didn’t cover the best sights of London, but it was certainly an interesting route. 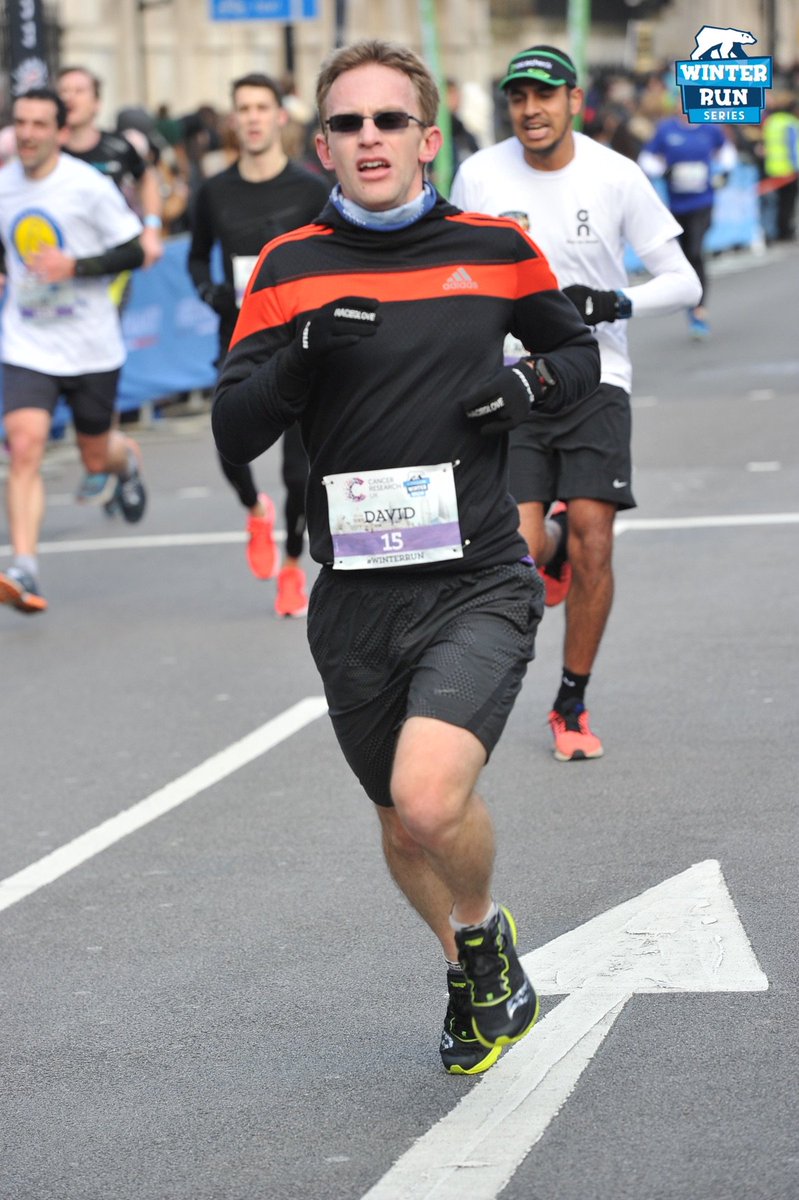 It’s not every day you run passed high-fiving penguins and huskies. At a few points there was live music, and in a few places there was some playing over speakers. It was a fairly uneventful race really, but I enjoyed it. In the second half, I actually picked up the pace unintentionally and had to ease off after accidentally hitting a 6:10/mi split. I thought to myself that I needed to slow down – the sooner I finished, the longer I’d need to wait for post-race pizza. Towards the end there was a cave filled with dancing yetis – a phrase which you don’t expect to find yourself saying. From there I figured it didn’t really matter too much if I picked up the pace as I started to recognise buildings – I was certain I was near Trafalgar Square.

Eventually I saw the square ahead of me and decided that I’d go for a sprint finish – I just needed to time it right.As I rounded the corner I saw the finish a little further ahead than what I was expecting, so held back until the last minute. It’d been a fun race, which isn’t something I often think about when running 10K – it’s usually one of those distances I want to put everything into, but by holding back a little I enjoyed it that much more.

At the finish there were polar bears giving out hugs, and volunteers handing out finishers medals, coconut water, still water, chocolate protein bars, and soreen. Once I’d collected mine I did a quick cool-down run to get back around to Trafalgar Square so I could see Emma finish. I wanted to thank her for having made it a good weekend.

I finished this one in 40:16 so managed it withing the target time frame. I hope this puts me in a good position to treat the MK Winter Half as a tempo run in a couple of weeks time. At least my first race of 2018 is now done, and I can get on with enjoying training. This was a finish in position 216 of 16444, so this time in the first 1.3% of finishers. 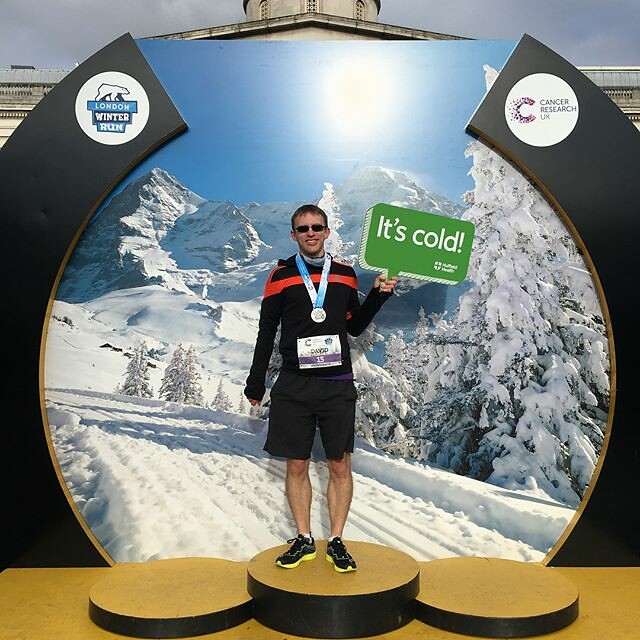 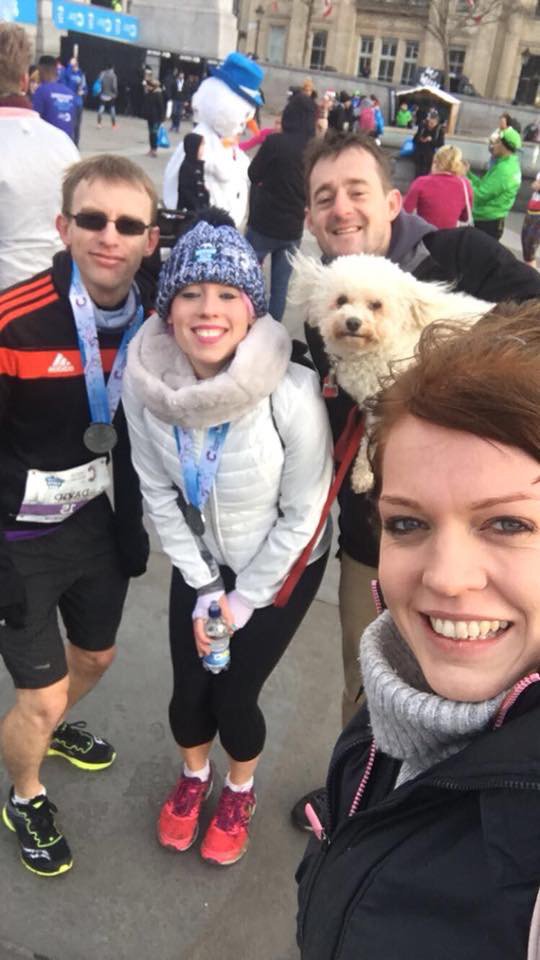