Of my five goals for 2017 I’ve so far achieved two of them. This left me with three I’d not yet managed, and one of those was to get a sub-19 5K. I’ve been close to it, in fact I’ve been close to it a number of times now: twice at Milton Keynes for their Rocket 5K, and once at parkrun. I’ve always been just a few seconds from dipping under that milestone though.

As the year sailed by I found my chances for doing parkruns were diminishing. I figured that what would now be a muddy section of parkrun would slow me down anyway, so I thought a race might be in order. A quick look around, and I found the Nottingham Christmas Run which offered 5K, 10K, Half Marathon, and Marathon races. Quite a selection, and usually I’d tend towards the longer races, but just this once I went with the shortest as it was exactly what I needed.

This race then turned into a meet-up with several friends as well, so when I got back from a “lazy” trip to Morocco I was really looking forward to the race, and hopefully ticking off another goal. The closer the race day got, the more I wondered if I’d lost much speed during my week off running, and then I was told that Holme Pierrepont (the venue for the race) is notoriously windy.

By race day I found myself thinking that with strong winds I didn’t stand a chance of getting a decent time, let alone meeting the goal I’d set. In fact, because of what I was told about what it’s like there I found myself not believing the weather forecast and a few layers with me to the race, just in case. Unusually, I’d not even got any kit ready the night before this race.

At Holme Pierrepont it was £5 on entry to the road to the car parks. I guess it’s probably the venue that charges this rather than the race organisers. The car parks at this time of year aren’t great though – they’re muddy, and the staff there were directing cars into rows so tight that after getting out of my car I realised I was going to be blocked in.

The race HQ wasn’t too far away, probably about half a mile from the car park. There I quickly collected my number, and saw both Amy G (@treb91) and Amy E (@amyeverett) there. The plan had been to see a couple of other friends as well, but unfortunately they couldn’t make it. In this time I’d decided that shorts and t-shirt would be enough – the area near the start wasn’t that windy so I could at least start without the need for a base layer and so I took that back to my car and got a bit of a warm-up in.

One lap of the Regatta Lake is not quite 5K, and so for this race the start isn’t quite in the same place as the eventual finish. The race started on time, and from the very start I found myself not far off the front. I realised why this was though – I’d set off running at 4:33min/mile pace, which is ridiculous. I can’t run at that speed for too long, so I reigned in the speed and settled into a pace of around 06:00 min/mile. Perfect. That’s where I wanted to be, so would just need to hold it for the full 3.11 miles.

Running on an almost completely flat surface is a pretty new experience for me. I say almost flat as there was some slight elevation changes in places, but it’s as flat as you’ll get without being on a race track. I think small hills actually makes a course easier – get up the hills quickly, and then for the inevitable downhill you can ease off a little to let your legs recover.

Here there was no hiding. The weather conditions were perfect; whatever I did here would be what I’m currently capable of. For the first half mile I was in fourth place, and by the time I reached a mile someone had caught me up and was running just behind me, panting from breathing in twice before breathing out. I’d never heard anyone doing that before, I thought it strange.

Someone walking around in the opposite direction asked me what distance I was running. I replied, but then thought to myself that it’s not something you see every day – spectators don’t normally ask that sort of question. I was a little surprised I was okay talking at that speed as well.

It seemed that the first mile took forever. My pace was all over the place, but I was glad to have averaged 06:00 min/mile. I was on target, and all was good at least I thought it was. Realisation I’d only done a mile mad me think that maybe I was going too fast to sustain, and I eased off slightly. The panting runner passed me, and then one or two others did as well. I could already see the lead cyclist rounding the corner at the end ready for the return journey.

The runners at the front were doing incredible – it almost looked like this was easy for them. I on the other hand was thinking that my pace had dropped to around 6:20min/mile and at that speed I wouldn’t even make sub-20. I was wrong, but when you’re working hard your maths isn’t always spot on.

1.5 miles in. I was around the end of the lake and now heading back. I couldn’t see the next turn ahead of me, and suddenly I found myself thinking that a mile is a long way to be going at this speed. It wasn’t true though, I’d dropped down to my 10K race pace.

2 miles. I’d passed the half marathon starting point, and started to think to myself that it was on the opposite side to the marathon runners to give them some time to get going before they started lapping each other. I think the second mile had been the quickest to pass though, probably because I was focusing on keeping going. It’s amazing how often I have to tell myself not to walk. So far I hadn’t.

I could now see the far end of the lake though, and I knew that as long as I focused on that I might just keep on going. I knew if I walked at all I’d be annoyed at myself, especially if by some miracle I got close to my goal. I did notice at this point though that I was starting to weave a little in order to pass people walking around the lake, presumably to their respective start positions.

It was a relief to finally reach the other end of the lake, I knew at this point that I’d finish it and not walk as I’d feared. The ground there was slippery though from being constantly wet – this is where the boats enter and exit the water.

When I reached the last corner, it was the 3 mile mark, but my way was blocked by a lady pushing a pushchair across the path. I shouted “coming through” in hope that she’d see me coming and would reduce the risk of a collision. I ran around her and the push chair and was then onto the last stretch.

At this point I’d often sprint to the finish to make sure I’ve put as much into the end as I could. I did speed up without actually realising I had, but never really sprinted. As I approached the finish the timing board there read 18:20. Impossible. I couldn’t have finished in that time! I slowed, a little confused as I crossed the finish line. 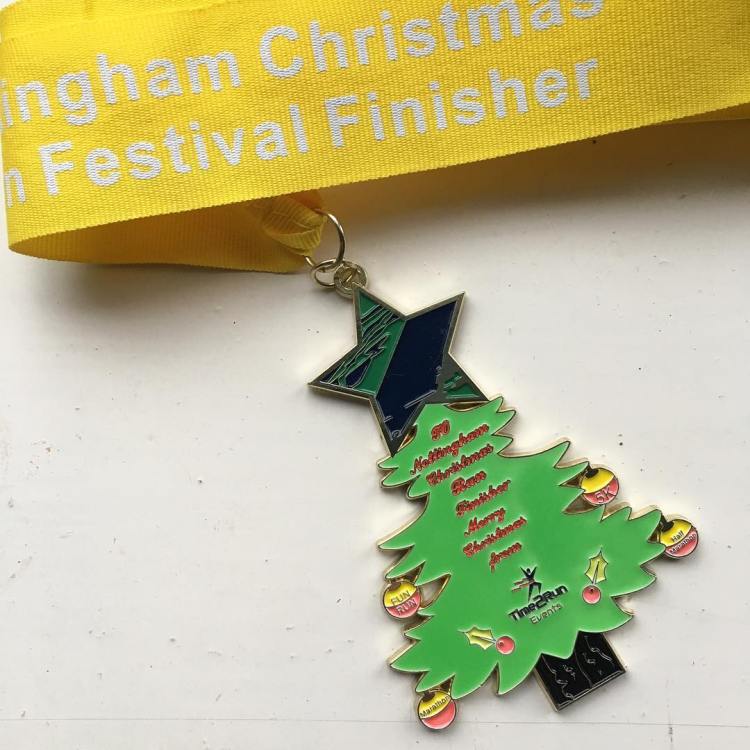 A finishers medal was put around my neck, and I sat down for a minute and checked my watch. It looked more likely that I’d finished the race in 19:13. After the race I saw Alison Fox (@alisonleighfox) and Amy G finish, and then ran over a mile so I could get around to the half marathon start to wish the other Amy and her sister good luck in their race.

What I’d forgotten though was that race finishers could get a free turkey baguette. I wasn’t sure where from, but by the time I thought about it I’d long been home.

When the official results came out I found my time was 19:21. It was 22 seconds slower than I’d wanted, and I knew that at best I could have only shaved 5 seconds or so off that if I’d pushed at the end. Today I wasn’t good enough, but hopefully it’ll have been good practice for next week’s half marathon. I can always try another 5K at parkrun when I’ve got more time.

I finished 7th in the 5K. Amazingly this made me the 3rd in my category due to four of them being from the U20 category. I suppose it’s not too bad for a day that wasn’t my best.