I got up thirty minutes earlier than I normally would if I’d been going to work. I needed to be at the airport for 10:30 to drop my car off, and then my luggage. Unusually the roads were almost empty and I made such good time that I stopped for a doughnut along the way to waste some time.

Valet parking made the terminal arrival very easy, though I found due to a computer malfunction I’d got another hour to waste before I could drop-off my checked luggage. Having both a premium card, and a business class flight meant I could use the priority security for quickness.

The British Airways lounge was nice; it was quiet, and it served complimentary food and drink. I sat and had a cup of earl grey tea until I figured out that further into the lounge they were providing a continental breakfast. As it approached midday they changed this to be various warm dishes such as chilli con carne.

I stayed in the lounge longer than I should have as by the time I’d left it seemed everyone else with priority boarding had already gone through the gate.

There was a short delay in boarding the flight as in the captain’s own words, “the cleaning crew hadn’t done a good enough job”. We had to stand in the bus and wait for this to finish.

The difference between business class with BA Europe, and other times I’ve flown business is that on this flight the seats are just the same as economy, but the middle seat is not used so you’re guaranteed to not be seated next to anybody that might encroach on your personal space.

This flight was one of the few in recent years that did not have an in-flight entertainment (IFE) system. It’s a shame it was also a flight where I needed to minimise battery usage. So time passed by slower than it could have. I read their inflight magazine that featured an interview with Buzz Aldrin, and an article that just happened to be about a hike through the Toubkal National Park in the Atlas Mountains of Morocco.

The complimentary food on the flight was good, and also frequent. After a quinoa starter there was beef bourguignon, or pasta with salmon; then a cherry and almond frangipane for dessert with cheese and crackers. 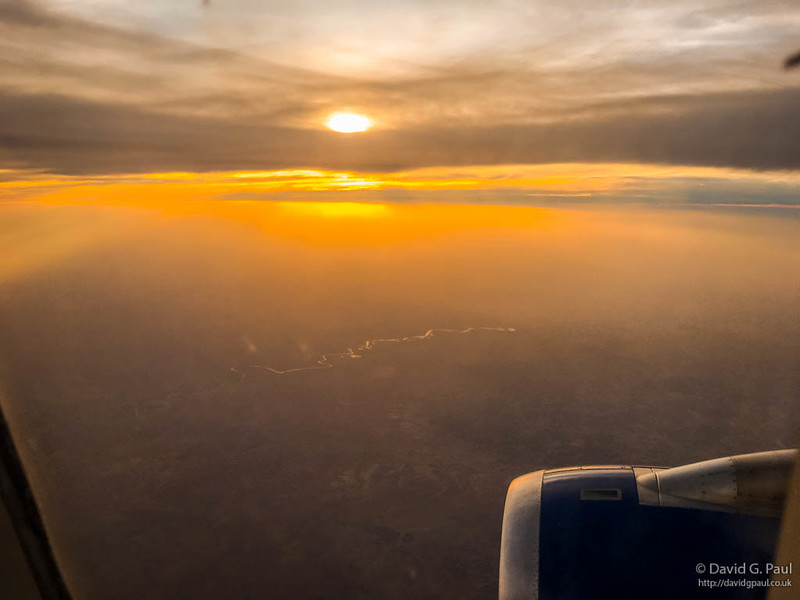 The flight landed at 17:40, and for the next hour I was working my way through immigration, baggage collection, currency exchange, and security. At security they got me to open both bags to ensure I’d not got a drone on me – they can’t be brought into the country. They didn’t seem to care about anything else – everyone with difficult to scan bags was being asked the same question.

The rest of the group were flying in from Manchester and were scheduled to arrive ninety minutes after me; but had actually landed around the time I got to the waiting area. Joining the trip would be a couple from Manchester who were friends of the organiser. 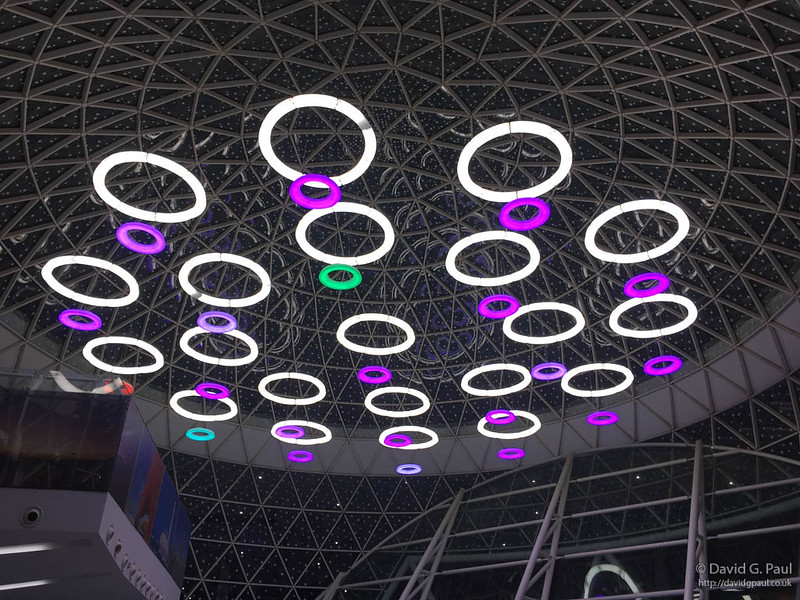 I then only had a wait of thirty minutes for the others to join me, and from there we had transportation to the hotel. After check-in we walked a short distance to a nearby Italian restaurant for an evening meal. It was almost 21:00 by the time we were seated, so already a long day.

I wasn’t that hungry but still tried the pizza there, it was a nice thin crust one that focused on the topping. It was supposed to be Hawaiian which usually means ham and pineapple, but this being a Muslim country meant it was pineapple and parsley.

We were back at the hotel at around 22:30 so after a long day, I decided I’d leave getting my bag sorted until the morning.