There were no fixed plans for today and we were free to do whatever we wanted. Breakfast ran from 06:30 to 09:00, and there was the option of yoga up at the Sunset Bar at 07:45. It was nice to have just one day with a lay in, even if it was only until 07:15! I decided not to bother with the yoga and instead hung around until the fog covering the valley had lifted temporarily a little after 08:00. 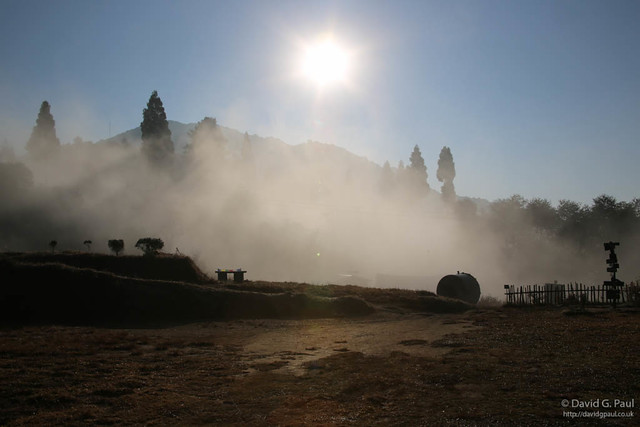 To start with I headed out towards the village and walked as far as the parade ground before turning back and taking the path up to the stupa. I walked around that area for a while taking photographs of the scenery and wildlife but didn’t really get many shots. 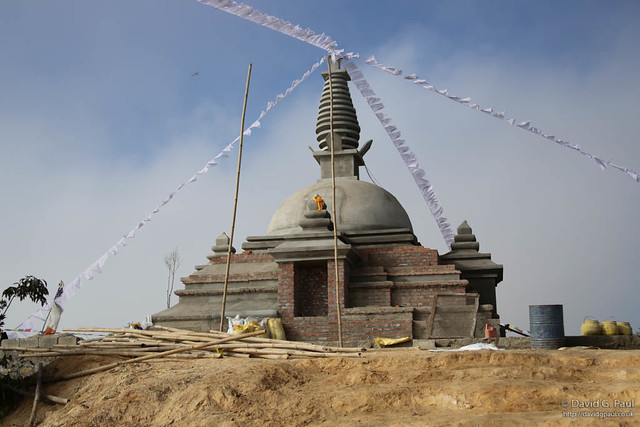 From there I then headed down the hill we’d used for hill sprints the previous morning and found it hard to believe that I’d run up and down this considering how uneven it is. Eventually I found myself going down the hill that is part of the 10km route and for a lot of this I could hear a nearby waterfall – most likely the one that was mentioned in the race briefing.

I didn’t get all the way down the hill before turning back, but the ascent was considerably harder in what was now incredibly warm sunlight. Fortunately I’d got a good supply of water with me, but also made a few stops for photographing birds and insects I’d seen along the route. Along the route a few school children passed with the usual “namaste” greeting, and one of them was carrying a chicken. I thought to myself amusingly that it was his packed lunch. 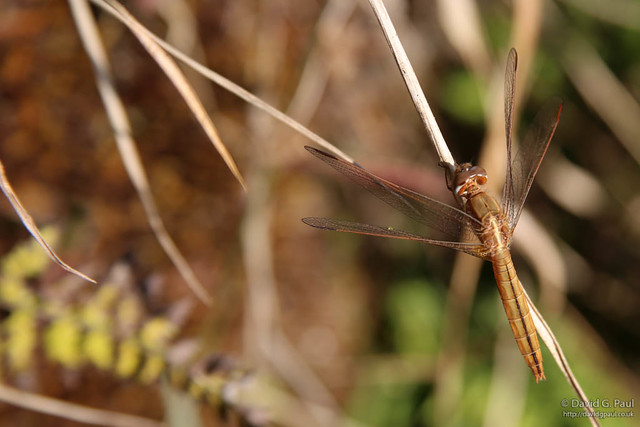 By 11:00 I was back at the summit camp for the planned talk on Nepal at 11:30, but the speaker had been delayed and would instead be visiting in the afternoon. I used this time before lunch to start packing ready for Sunday and the return to Kathmandu and read for a while. 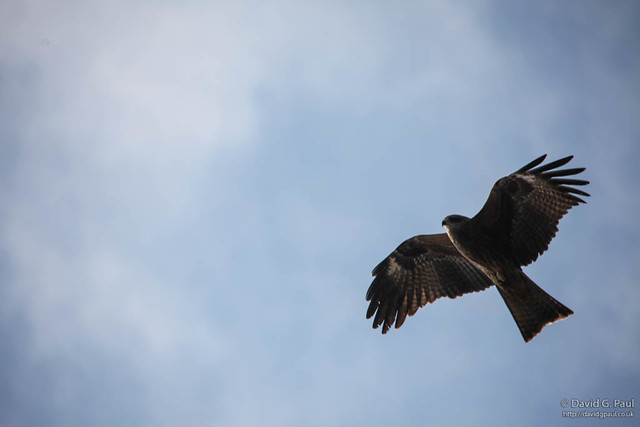 For lunch it was the start of carb-loading with a meal of rice, beans, and a potato curry. Once again it tasted great and was a must for going back for seconds. After this there was then the talk delayed from earlier, given by Doctor Lolita, describing what Nepal is like and some of the adversities faced.

My afternoon plan was to visit Shivapuri National Park, but when I got there I tried to buy a ticket but was told “no ticket”. I explained I was trying to buy one, and the guard indicated that I needed to get it from the scout house. 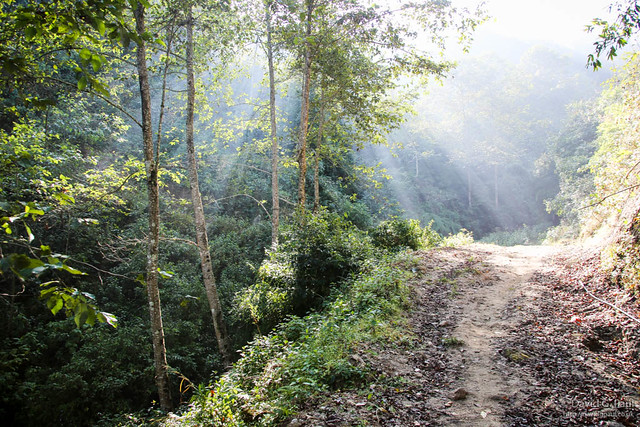 However, by the time I got down to the the scout hall the wasn’t enough time to bother going back up so instead sat there and watched a film called “Mira”. This film was about a Nepalese trail runner who became an international runner and went on to come second in the Sky Runner Championship in her first year. Since then she’s gone on to inspire new Nepalese runners, some of which would be taking part in the marathon.

I sat and talked until the evening meal which was what was one of the most interesting carb loading meals ever! This was copious amounts of pasta and vegetable curry – an odd combination, yet it tasted fantastic. During this time they also provided a fundraising update – we were now up to £70K! With a target of £75K it actually looked promising that we’d meet it.

With an early start in the morning I decided that it would be a good idea to get an early night in hope of getting enough sleep to be prepared the best I could be for the marathon that was coming up next.