As it was approaching my 30th birthday I wanted to do something different – I decided it would be a good idea to go and see We Will Rock You at the Dominion Theatre in London. With this in mind it made sense to spend some time looking around London as well as it had been many years since I last got to do any proper tourism there. 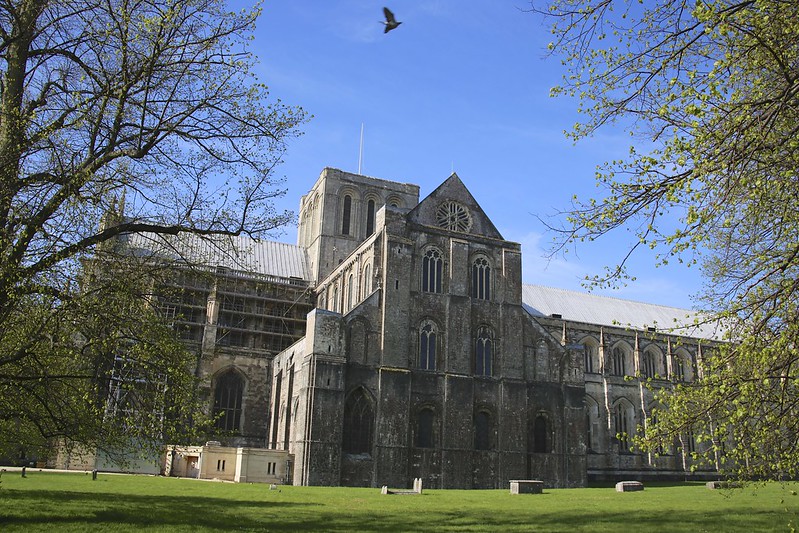 Over the weekend I’d been down in Poole with family so on the way back up to Leicester I got them to drop me off in Hounslow as a starting point. Before this though we had a brief stop in Winchester, the former capital of England. This city has had a long history that stretches back to prehistoric times. During the Roman occupation of Britain this became the capital of Wessex and was eventually was made the capital of England by King Alfred the Great. In memory of Alfred the Great there is a statue of him not far from Winchester Cathedral (the place where Jane Austen is buried).

The use of Winchester as the capital lasted until the death of King Canute when King William the Conqueror took control of the city during the Norman invasion and moved the capital city to London.

So we continued on to London and from there I got an underground ticket that would last for the day. My first destination would be Abbey Road; the world famous location of Abbey Road Studios where The Beatles once recorded their music. It was also made famous on the cover of the album “Abbey Road” where the Beatles can be seen walking across the crossing there. 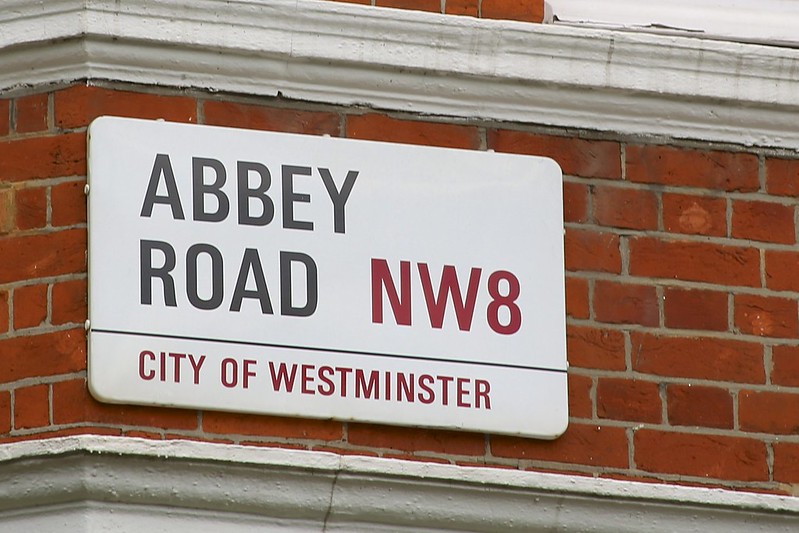 Once arriving at the underground station near Abbey Road I had to wait around for a few minutes for a friend who would be joining me for the day’s tourism. It’s not that far to walk from the station to Abbey Road and fortunately I already knew where to go from having looked it up on Google Maps the day before. Once there I could imagine what a pain the place must be for the locals – there was a crowd of tourists that were continuously stopping traffic to cross at the crossing (from the cover of the Abbey Road album). 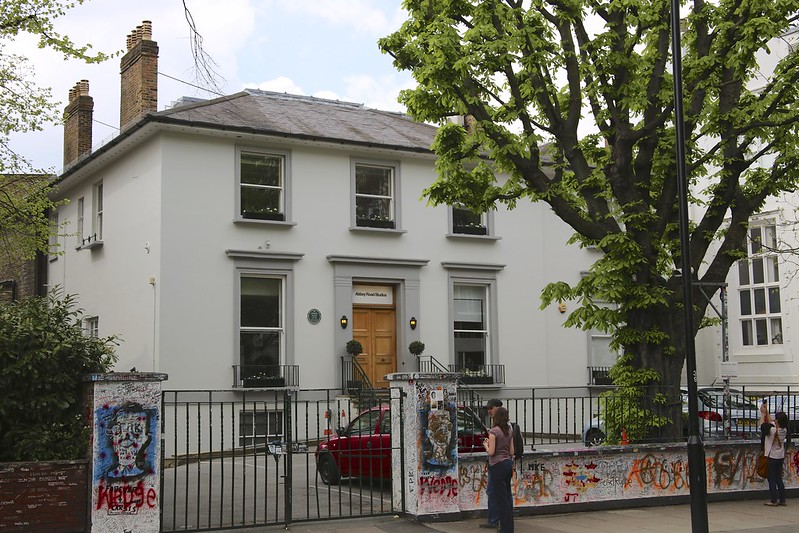 I did try to take a photograph there but it was impossible to get a shot without people in, so settled for a photograph of the studios themselves. With this task done we then headed back to the underground and onwards to the Docklands Railway to get across to the Royal Borough of Greenwich. Although it had been cloudy when we were at Abbey Road, by the time we’d gotten to Greenwich the sun had come out with a promising sign that the remainder of the day would have pleasant weather.

Upon arriving we first headed to The Gipsy Moth pub located next to the Cutty Sark – it seemed like a good place to go for lunch. I was seriously impressed with the service there. Within 10 minutes of ordering our roast dinner was ready and waiting for us. Once done we then headed on to the Cutty Sark where it was £12 to look around. 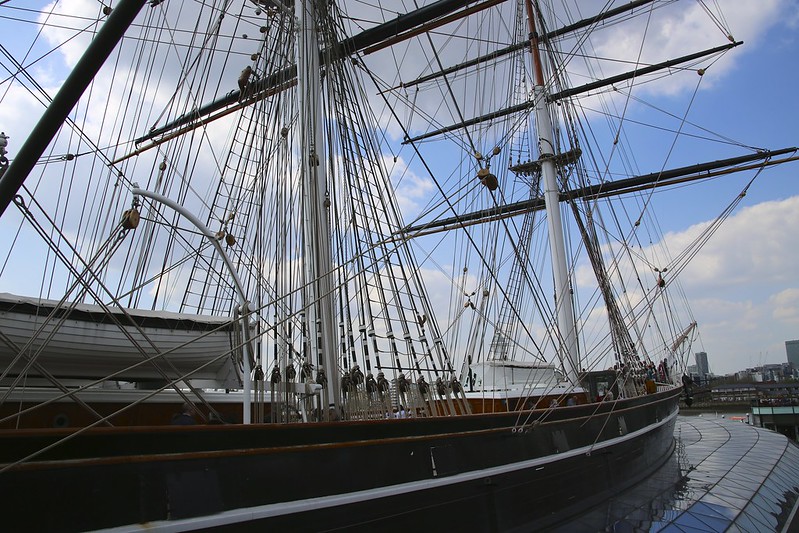 Last time I’d been in Greenwich I’d seen the National Maritime Museum, but at the time the Cutty Sark was undergoing repair. In fact, last time I passed the Cutty Sark was a few weeks after a fire had seriously damaged it and set the repair back quite some time. It was a boat I’d wanted to see for a while so wasn’t going to pass up the opportunity to look around the world’s most famous tea clipper, the fastest of it’s kind. 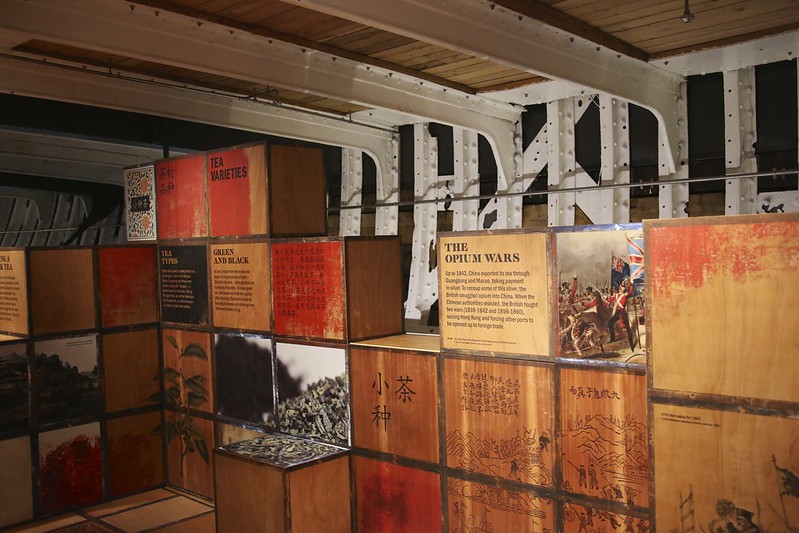 As part of the restoration it was now permanently housed in a kind of dry dock, but suspended and reinforced in such a way that the ship’s own weight would not slowly damage the boat which is normal for boats in dry-dock long term. When you first enter the Cutty Sark you go in through a hole in the hull which takes you into the ship’s hold. Here you can see boxes similar to those they would have once carried tea in. Whilst in the hold we watched a brief video about the ship’s history before moving up into the ‘tween deck. 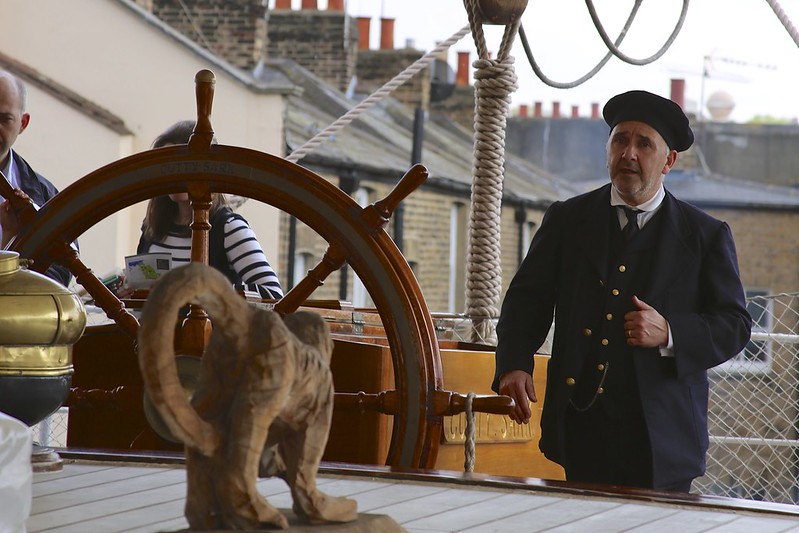 No sooner than arriving on the tween deck we were told that the last tour of the day was about to start on the main deck. It seemed like a good idea so we headed up on to the top deck and joined the tour. The tour progressed from bow to stern as we were shown around the different parts of the deck and told about the duties of the ship’s crew and what the ship used to do. This was all done by the tour guide that was role-playing as the ship’s captain. 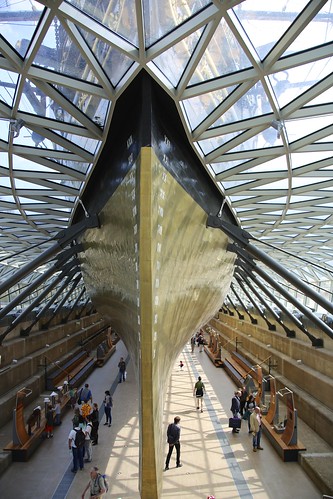 It was an interactive tour where you’d be asked questions as the tour moved around, and for those interested in learning more they were able to ask the “Captain” questions at the end. As the main deck was quite crowded we decided to abandon the tour towards the end so that we could go off and take more photographs before the crowds got there.

Before heading off the boat we went back down to the ‘tween deck but there wasn’t really a great deal to see. We then left the ship via the main deck which has a lift down below the ship where you’re then able to walk underneath it. I think it’s pretty cool being able to walk under a boat and it’s at just the right height to be able to reach up and touch it.

I was certainly glad that we’d gone out of our way to see the ship – they’d done an impressive job of restoring it and hopefully it will now survive as a lasting part of England’s history.

We then headed back on the DLR all the way to the opposite side of London, back in Hounslow where I’d started the tour of London. On the way though we stopped off to take some photographs of St. Paul’s Cathedral, but did not go in due to how short on time we thought we were by this point. 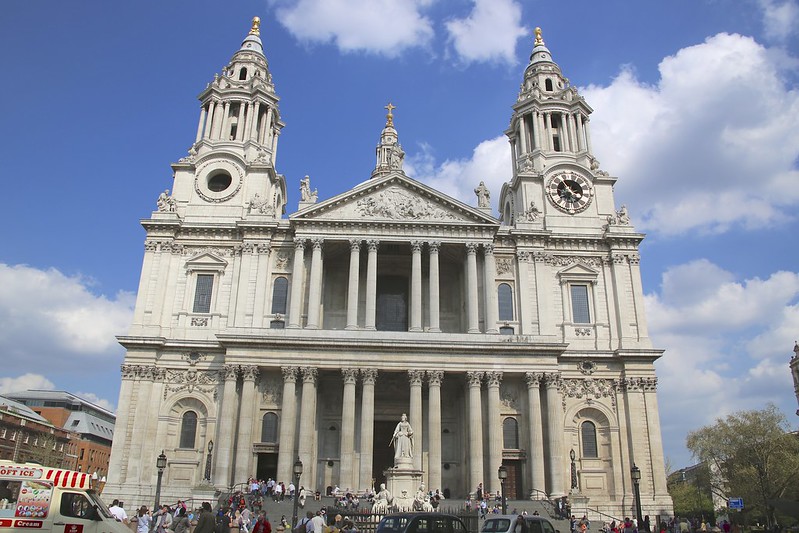 We knew we had to get to the hotel to check-in and drop off cameras before we could head to the theatre so it was important that we took our photos as quickly as we could. We did however take the time to view three sides of the cathedral and make sure that we had at least got decent photographs of it. 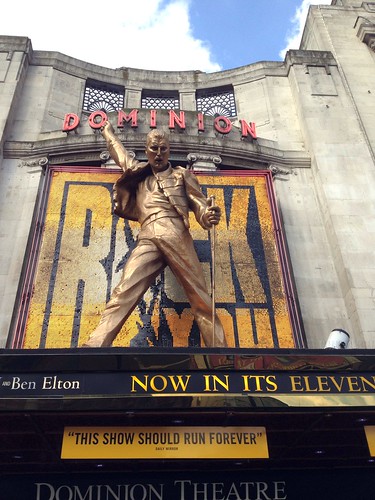 After having dropped off our cameras and getting back across London, the first thing we could see when leaving the underground station on Tottenham Court Road was the massive statue of the great Freddie Mercury that is located atop the entranceway to the Dominion Theatre. It was still quite early though so we continued past it in search of somewhere to get lunch.

Fortunately not far from the theatre is a Sainsbury’s that sell sandwiches and does meal deals – perfect for what we wanted. Even after eating we were still quite early but we wandered back to the theatre anyway to find we were the first to arrive.

This is a show I’d been thinking of seeing for a few years. For a long time I’ve been a fan of Queen, but have never had the chance to see them live. I felt that seeing a theatre performance which used the music of Queen would be the next best thing. After all, the film Highlander used music from Queen and that was a perfectly good alternative. Obviously it’d always be better to actually see Queen, but I was happy with having seen this show.

Ben Elton and Queen have put together a really great show with a story that loosely ties various well known Queen tracks together. Our seats were a few rows from the front and it felt like the perfect position. We had seats towards the middle of the row and was just far enough back so that when they used this rotating platform we could still see them (the rows in front of us could not).

I enjoyed it so much that I went and bought a reasonable amount of memorabilia before we headed back to the hotel ready for another day of tourism.