Arriving in Germany the plane was actually on time, and we were out of Schönefeld airport within 30 minutes of landing – I thought it to be a promising sign of how efficient the Germans might prove to be. It took a few minutes to figure out which platform at the train station we needed to use, but fortunately when we found the right one a train was there ready and waiting to take us to the centre of Berlin.

Another 20 minutes passed and we’d reached a large station in a square called Alexanderplatz where we needed to change to another train, this time to one of the Metro lines. Unable to fully understand how their Metro system worked at the time we asked one of the “announcers” where we had to go; she gave us a vague idea of where we needed to go and so we were on our way and managed to find the correct platform. What we hadn’t realised until we got on the metro train was that she had kept our map with all the details of which stops we’d need for the sights we wanted to see in Berlin! Confident that it wouldn’t matter I took out my guide book and looked at the Metro map that was printed in it – it wasn’t too awkward to figure out which stop was needed as there was a stop with the same name as the road the hotel was on which is usually a good sign. Sure enough as soon as we left the metro station at Bülowstraße we saw the hotel we were after: the Agon Aldea. So far so good, though it was only 16:15 on the first day so there was still plenty of time for anything to go wrong – especially the days involving a lot of travelling from one city to another.

It didn’t take too long to settle in to the hotel, it wasn’t anything fancy but when you’re there to explore you don’t really spend enough time in the hotel for it to matter. By this time I was starting to get a little hungry so headed out along Bülowstraße / Kleistraße looking to see what restaurants there were. Most of the restaurants passed along the way were all foreign – by this I don’t mean they were German, I mean they were Italian, Thai, Chinese, Indian, and such like but the point in being in a foreign country is that you should be able to sample their local cuisine. Along that road we found a curved sculpture near the Europa building which was quite odd, yet also familiar. I was sure I’d seen the sculpture in the guide book previously and as it turned out we were quite close to the impressive Kaiser-Wilhelm memorial church which looked like it had been through a war – which it had actually. The original building was constructed in the 1890’s but during the Battle of Berlin in 1943, towards the end of the second World War, it was badly damaged by the Allied forces leaving it in a severe state of disrepair. It wasn’t until more recently that the church was reopened as a memorial. In the immediate vicinity there is also a number of fountains such as the one the locals dub the “globe fountain”. 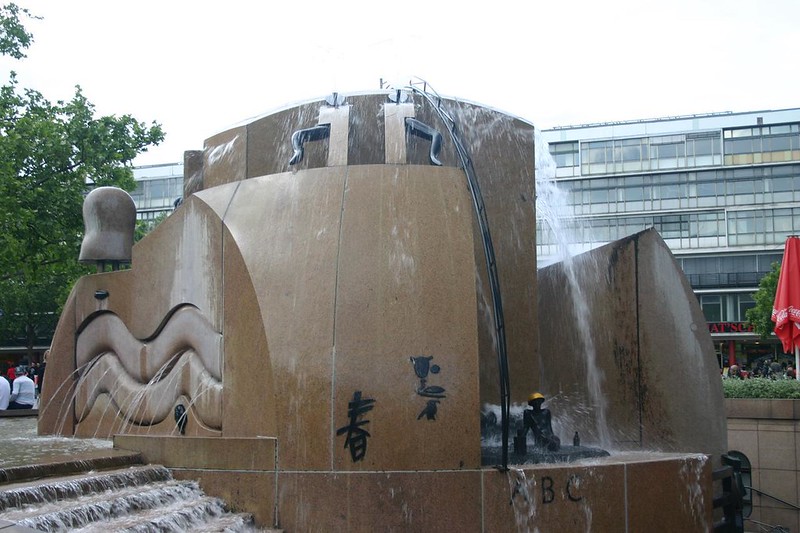 It seemed we weren’t going to be able to find a restaurant serving German food, so we headed back to the hotel and ordered from there. It wasn’t a bad meal, but we weren’t sure how much we were supposed to tip; not having fully read the guide book by this point we decided to leave 10% as I’d remembered that it was between 10 and 15 percent in Italy and Greece’s guide books. As it turned out later it’s unusual to leave a tip in a German restaurant as there is a service charge included in the price of the meal to account for the number of tourists which don’t bother. I’ve heard stories of how common it is for us British to not tip, so we made a conscious effort to make sure we tipped for most of the meals. After feeling well fed we headed out once more into the city, this time travelling in the opposite direction to before. Unfortunately there wasn’t a great deal we could find to photograph so it wasn’t long before we headed back to the hotel to prepare for the following day. 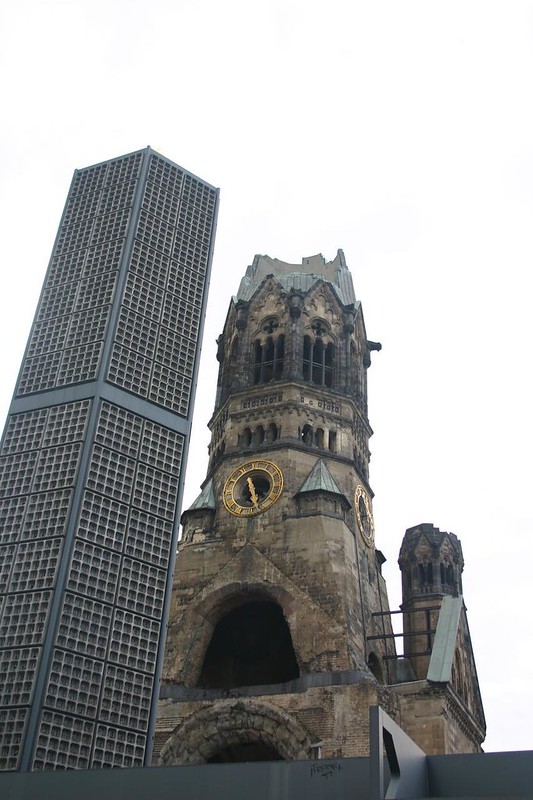