We headed out after breakfast and began our descent into the valley where the stream had created a lot of green areas. This was followed by another long ascent, along mostly drier ground despite a stream we followed for some of it. This climb seemed easier, even though my legs were a little tight from the day before. 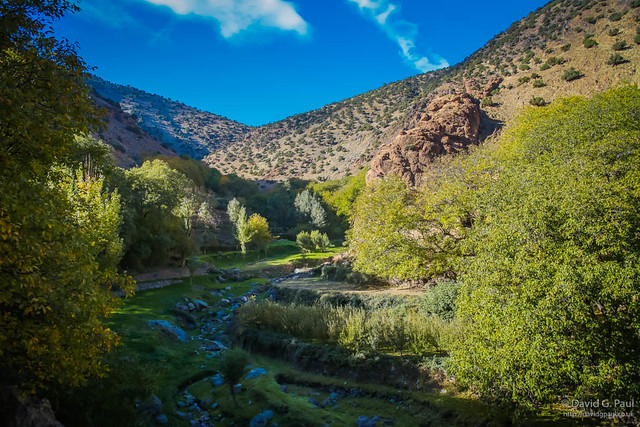 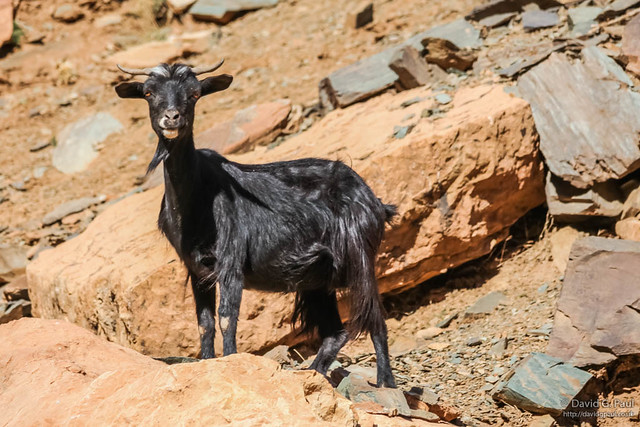 In places there were goats drinking from from the stream. The further we got, the more goats we encountered as well as a herder and a dog. The dog came running after us to warn us away from the goats; that is until Hassan threw a stone at it.

It took 130 minutes to get to the pass over the mountain – we were about twenty minutes ahead of schedule. We stopped there, snacked, and sipped from our water bottles for thirty-five minutes whilst sheltering from the incredibly strong winds. So far it was two days running we’d encountered strong winds at around the same time of day. It was little wonder Mount Toubkal was not safe for us to climb. 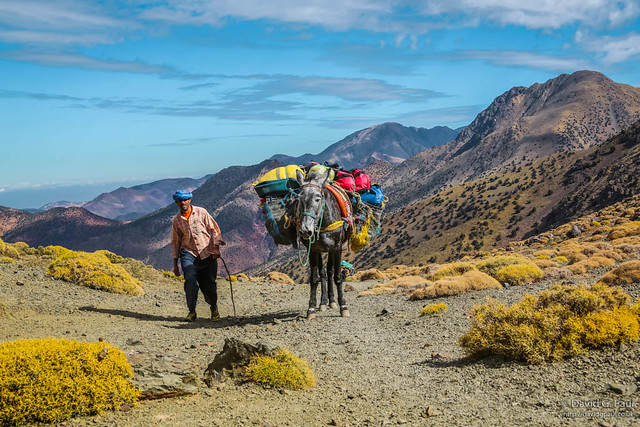 The wind was making it cold, so I put on a hoodie before beginning the descent across scree. Once we were sheltered from the wind the temperature rose quickly. Unlike the previous day’s descent, this one didn’t really have any bits that were ascents, though I didn’t feel the ground was the sort I’d want to run on so walked the entire way. In truth, if I’d been running already then it would probably have been fine – I was just using it as an excuse to walk.

In places I did slide, but always regained my balance quickly. I think the surface here could have done with walking boots, or at least shoes with some sort of grip. My running shoes provided very little cushioning or grip so didn’t feel ideal. I managed with what I’d got so it is possible, and our guide had shoes with no grip at all anyway.

We stopped on this descent for a short break overlooking mountains that were blues, green, and red. It was an amazing view of the valley we’d be descending still further into. For every mile we descended we’d have to ascend again on the next day. Usually these two days would be done as a single day for runners, though I’d imagine it to be tougher than I’d manage.

This last section crossed the stream a number of times, and passed along ledges overlooking the water. Even on terrain this easy you have to be weary of your surroundings – Howard hit his head on a low hanging branch from a tree that hung over the stream. 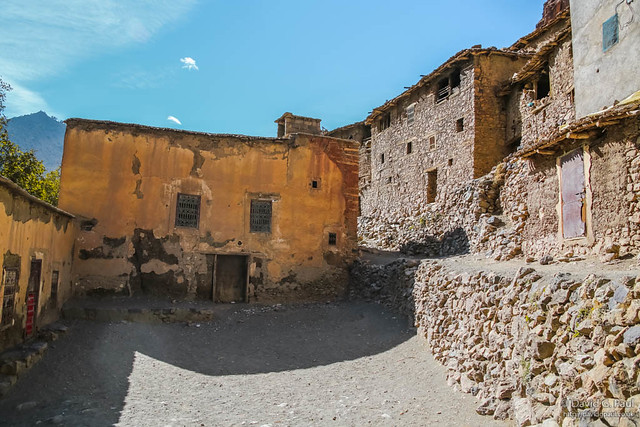 We arrived at the gite in Tizgui at 13:50 having completed our ten mile trek. I’d say this wasn’t a bad pace, and I’m sure even running we wouldn’t have cut much time off that – maybe a little over an hour.

Not long after arriving we were served a lunch of macaroni and omelette. It was good, I just wasn’t that hungry. It seemed I was starting to get used to having a bigger breakfast and evening meal, and having a lighter lunch. 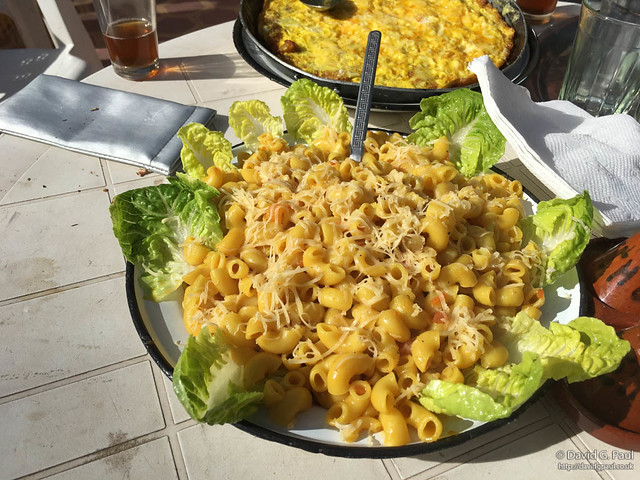 The rest of the day was to do with as we pleased, so I took the time to relax, shower, and play cards with the others before going for a wander around the village at 16:30 so we’d return again in time for the evening meal.

This village was very different to Tizi Oussem – it is bigger and feels more prosperous. Though I suspect they were in fact worse off – first appearances can be deceiving.

Children there play football in an open square, and adults are either working or sitting around near the shops. The shops appeared to all be near each other along a single high path; I guess it could be considered to be their high street. 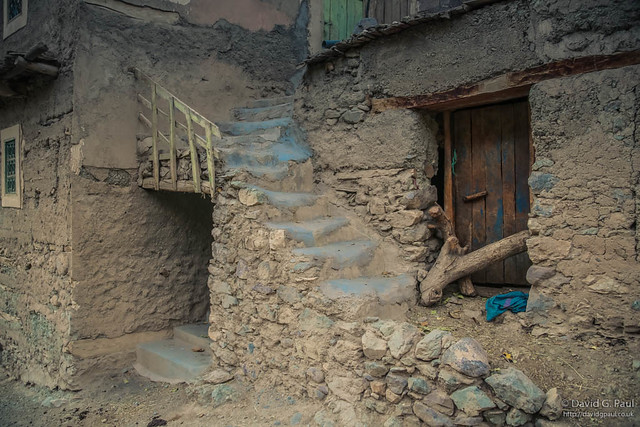 After completing a lap of the village we returned to the gite to relax some more whilst the meal was cooking. We sat and had tea with Oreos in the lounge and played estimation wist.

The evening meal was another soup, and then couscous with beef, and many vegetables. This time we’d finished by 19:30; much earlier than the night before. The rest of the night was split between talking and playing cards. The full support crew were with us, and you could tell at times that there was a definite hierarchy between them as the muleteer was occasionally the butt of the chef and guides jokes.

As we’d finally got an open air terrace I decided it be a good idea to get some photos of the night sky before going to to bed. Bed being a relative term in this case.