Having completed our hiking of Zion a day early we were in need of something else to do. During the course of the previous day we’d come across two possibilities: Kolob Canyon in the north, and the Coral Pink Sand Dunes State Park in the south.

Kolob Canyon was covered by the same entry fee we’d paid for Zion so we were able to drive straight in and start the five mile scenic drive. We didn’t do this all in one go however as at one of the viewpoints there was also a trailhead for the Taylor Creek Trail. This trail goes past two wooden huts from the 1930s and crossed the Taylor creek many times as it winds through the valley. The trail is easy, and the total distance is supposed to be five miles. 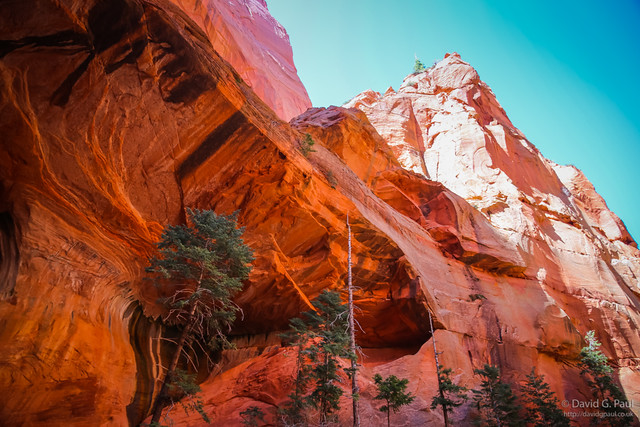 At the end of this trail we reached what they call the “Double Arch”, though it was more of an alcove really – but with really great acoustics. We had gotten there very quickly as my friend had set a reasonable pace with no time to look around and enjoy the environment. It was okay though as the purpose of the hike was to reach the arch.

Along the way we’d heard that there was a waterfall less than half a mile passed it, so we continued walking through the creek until we reached a small waterfall that was situated inside a crevice. I thought this was an interesting one as it was quite different to the other waterfalls we’d seen on this trip. 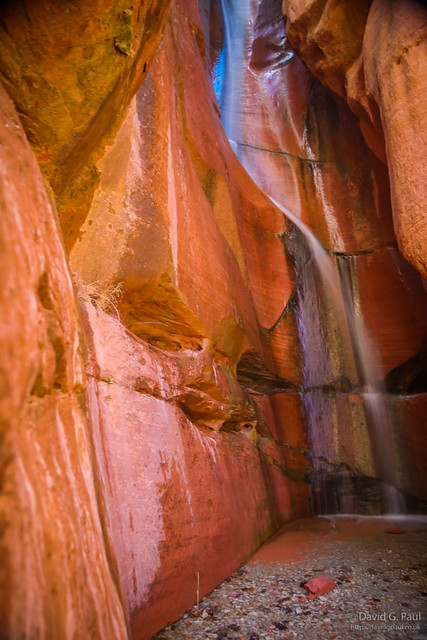 After having had some slow days in Zion I thought that Kolob Canyon had redeemed Zion somewhat. On the return hike we stopped briefly for lunch, but still made it back to the car quicker than the guide time suggested.

The car wasn’t too warm, not like it was when returning from hikes in Zion itself, so cooled off nicely by the time we reached the top of the scenic drive. At the top of this there is then a viewpoint which overlooks the canyon.

As we’d now finished we drove on to the Coral Pink Sand Dunes State Park, stopping for fuel in Hurricane along the way. The road to this state park goes into Arizona briefly before turning off onto an unpaved road for a good portion of the last ten miles of the journey as it changes direction back into Utah. This meant progress was slower, but we still made good time.

The entrance fee for this park was US$8 for the day for the vehicle, though there was very little to do unless you’ve got an off-road vehicle such as an ATV or dirt bike, or if you’re camping there.

One other thing there is to do there however is to hike. This isn’t that easy though as if you’ve not got sandals or similar then the easiest way is to walk across the orange sands – not as pink as the name would suggest. When we found a good place for this we left our walking boots at the car, and started our barefoot trek across the sand dunes. 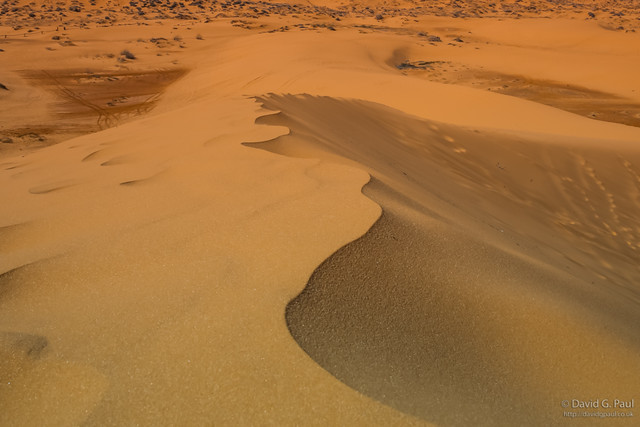 For the start of this trek it was a mixture of smooth sand, and places where there were stones which made it uncomfortable to walk on. Once we reached a fence we were then in a section where we weren’t alone – we had to be careful of off-road vehicles driving at speed around these dunes.

It looked like most of the drivers and riders had common sense though as they stayed away from the areas where hikers were passing through – which was mostly to the largest of the sand dunes.

The largest of the sand dunes was steep and was hard work to climb up – but it was worth it. This gave a better view of the state park, and also made it easier to take photographs of the sand. After briefly watching some of the off-road vehicles dash across the sand we made our way back to the car.

From there we drove back into Arizona along the dirt road, and finally back into Utah once more. This time we passed many ATVs speeding along the unpaved roads creating massive, billowing clouds of dust as they went. 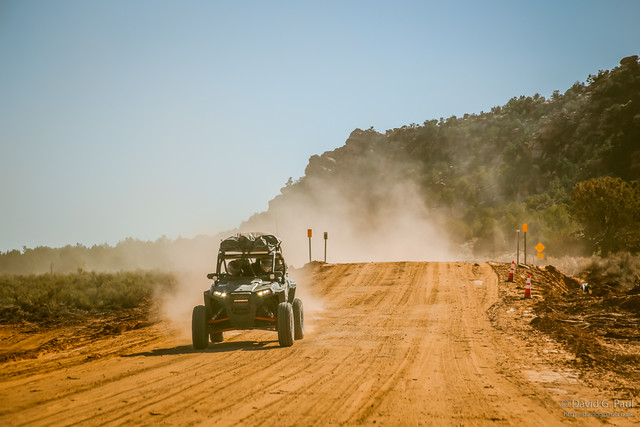 Eventually though we made it back into Hurricane. After picking up some more supplies for the remaining days, and dropping off our cameras we headed out for dinner. We once again ate at JB’s where I had their turkey and stuffing dinner followed by an apple and cinnamon pie. It tasted okay, but I’d had better elsewhere before – it was certainly good enough though so left a reasonable tip.

As our final day of the trip was approaching I then spent the evening making more of an effort to pack my suitcase ready for flying as tomorrow would be spent driving to Salt Lake City. It was now Good Friday, and we’d be spending Easter Sunday on flights back to our respective countries of origin. I gave one of the Easter eggs I’d been carrying around the USA to my friend, and ate part of the other one myself.