The sleet we’d encountered last night had turned into snow, and we awoke to a car covered in it. As we’d arrived in Utah during thick cloud cover, and pouring rain we hadn’t seen the mountains in the distance, but now, beyond the Netflix offices we could see them clearly.

After breakfast we cleared the car and began our drive to the Arches National Park, fully expecting there to be a long entry queue when we eventually arrived. It wasn’t until almost 14:00 that we arrived at the park due to both the late departure, and making a couple of stops along the way, including at Thanksgiving Point, looking for supplies we needed. 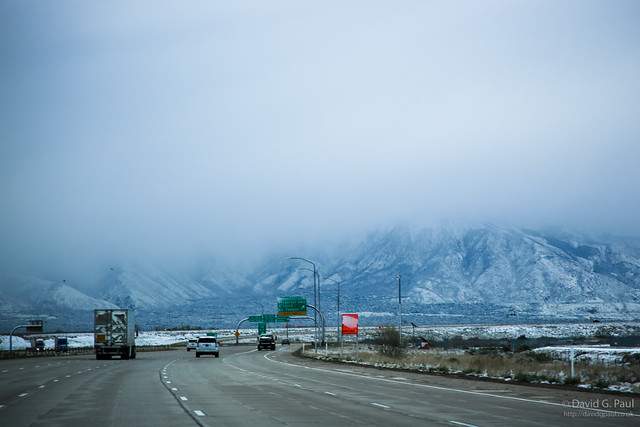 For the drive out of Salt Lake City we were surrounded by snow, and in some places this also made visibility poor when lorries starting kicking up the meltwater. As soon as we left the valley through the mountains surrounding the city the temperature started to increase and the signs of snow were gone. It didn’t take too long until the views became similar to what we’d seen in Utah previously when we’d driven over the border briefly from Arizona just six months before.

When we arrived at the Arches National Park there were no queues, but we took a break at the visitor centre for a late lunch. Once we’d finished we drove until the very end of the park where they have a trailhead called Devil’s Garden. We wouldn’t have time to do the full trail, but we had enough time to do all the arches up until Landscape Arch. After the experience we’d had in San Francisco, we were both carrying all of our valuables with us – this meaning I was carrying a 16Kg backpack around with me.

When we reached the fork in the road for the other two arches I ran on ahead to see if they were worth seeing – which of course they were. As my friend joined me as I was leaving Tunnel Arch, I then moved on to Pine Tree Arch. However, when I turned around and headed back to the fork in the roads I didn’t pass my friend on the way – he was nowhere to be seen. I ran along the track under the assumption he’d have carried on to the Landscape Arch, and sure enough he had. 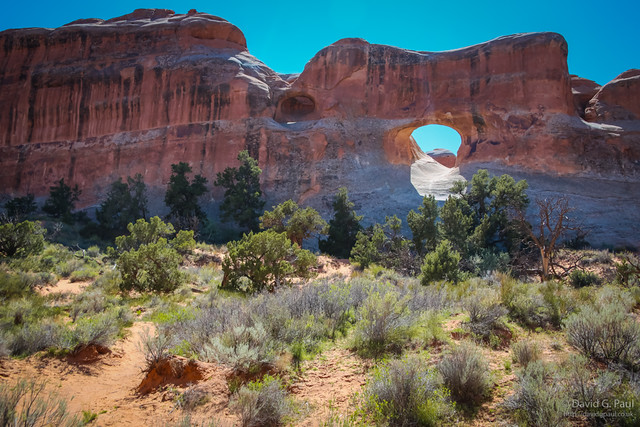 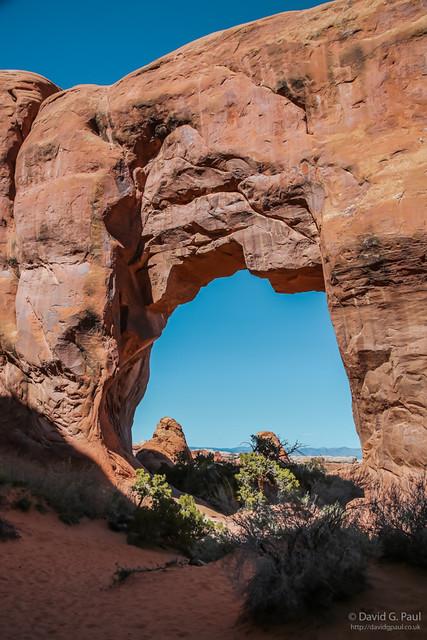 Once we’d seen Landscape Arch my friend went back to see Pine Tree Arch, and then we drove on to Skyline Arch, and made several other stops along the road. For our second hike of the day we walked to the Sand Dune Arch, and then to Broken Arch. Both of these were impressive arches and I felt that these two were the best photo opportunities of the day. If we’d had more time perhaps we could have done some of the longer trails and seen even better arches. 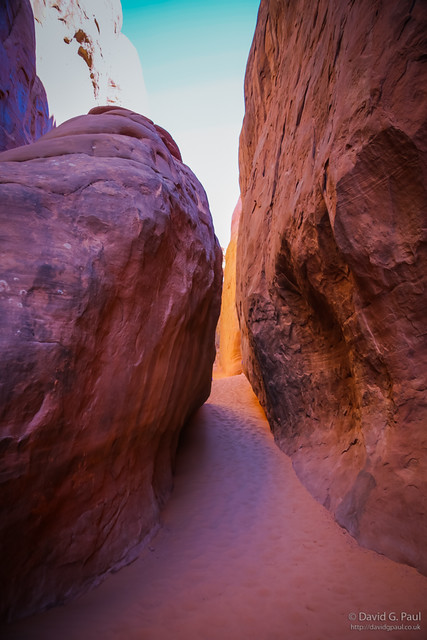 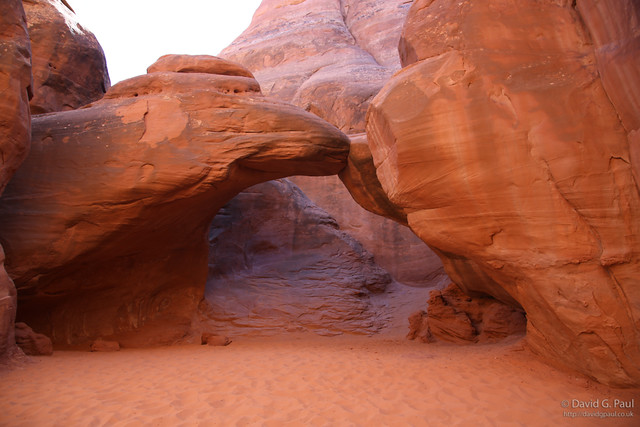 Eventually we had seen all we could without going on the longer hikes we didn’t have time for. It had been a rush to see what we had, but I think it was worth the US$25 entry fee. From there we then drove on for the next three hours to Torrey where we’d be staying overnight.

We had little fuel left however, and we were unsure how many gas stations we’d see along the way in the fifty miles we had left in the tank. When we passed a gas station it was expensive, but we had little choice. Fortunately it was the right decision as we then didn’t pass another until seventy miles later.

As the sun finished setting we entered the Capitol Reef National Park and stopped a few more times for photographs – though the light in the sky was fading fast. When we reached Torrey on the other side of the park we found the Broken Spur Inn relatively quickly.

As we checked in we found that if we wanted to have food at their steakhouse we had just twenty minutes to order. With this in mind we rushed to unload the car, and then quickly got to the restaurant to order steaks for the evening. 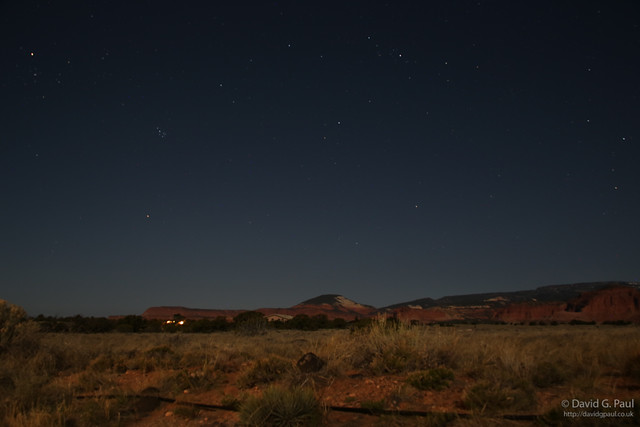 Afterwards I headed out into the night to take a few photographs of the night sky – but the light pollution was still too much.