My original plan had been to get up and run before we returned to San Francisco, but I decided that the efforts from yesterday’s hike were the equivalent to a tough running session. Instead we had a slightly later start, though I didn’t find breakfast that appetising after having had the same for the past couple of days. Even with a slight detour to Starbucks for my friend to buy coffee, we still made it to the entrance to Yosemite just before 09:00.

Our first activity of the day was a short hike to Bridalveil Falls. This one had a car park that was a little flooded, but we made it onto the path without getting wet. As you get closer to the falls though you’re very likely to get damp from the spray being blown across the path and viewing point. Though we managed this without getting too wet. 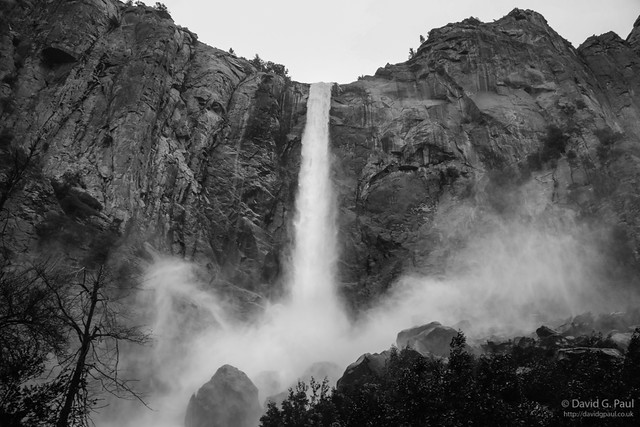 We then continued around the park, stopping at some of the viewing points we didn’t stop at before and eventually made our way towards the exit for the last time. When we reached Wawona we pulled off down a road which said “Redwoods in Yosemite”, thinking that it was a potential hike. What we found though was that this was the name of a series of holiday cabins, but nearby there is a hike to the Chilnualna Falls. 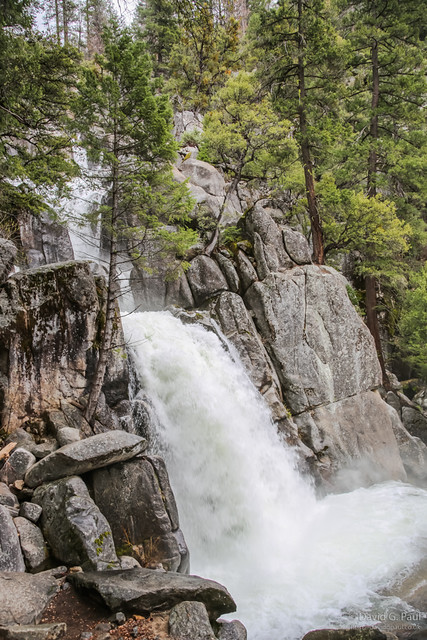 At Chilnualna Falls there is the option of an eight mile hike that is estimated to take around five hours, or a short one mile hike to the base of a cascade. These falls are quite out of the way and not visited as much, though they’re worth the hike. 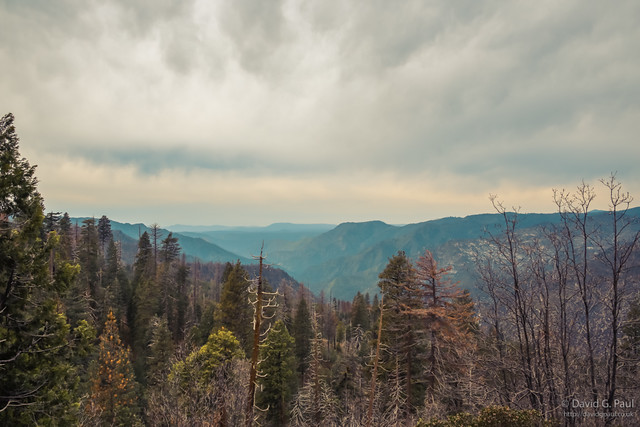 Before leaving Yosemite National Park for the last time we stopped briefly at the viewpoint for El Capitan – the first place we’d stopped at on our way in. After that we didn’t stop again until we pulled off into the Sierra National Forest to have a packed lunch.

For the hours that followed we drove ever closer to San Francisco, with one stop for fuel and then with only ninety minutes left we stopped in Gilroy for me to take over the driving. This area was incredibly familiar, and with good reason – we’d driven through this before on our way to San Jose at the end of our Big Sur roadtrip. We also saw what seemed to be a very small twister tearing across a field with some speed.

During my section of the drive it soon started to rain, and it got heavier and heavier until the visibility got bad enough to have to concentrate hard on where the lines were on the road. This felt tiring, but eventually we made it to the Comfort Inn hotel we were staying at.

We heard later that during this storm it had stranded night tours on Alcatraz island, and it wasn’t until a brief lull in the storm after midnight that they’d been able to get a boat out quickly to rescue them. We were lucky we were only driving through it.

Unfortunately, as we were in the middle of nowhere the food options were very limited. The best option we had was the Embassy Suites hotel. Sadly the service was quite poor here. After a ten minute wait my friend decided to find someone to ask them to take our order, and at the end of the meal he had to do the same to get someone to give us the bill. I was picking up the bill for this one and eventually gave up waiting and went to the bar to pay. The food however, although small, was very good.

It’d been a quiet day after a couple of heavy walking days, but it was a chance to rest after our long hike, and before a day of walking around San Francisco and Alcatraz.