It was an early start, earlier than any of the days thus far having to get up at 05:00 in order to get the bus for a walking tour of Kathmandu. Once again this followed a night without sleep as the noise went from party celebrations to people getting ready to leave. It was still dark at this time and there wasn’t much about for breakfast so I had a banana and one of the cereal bars I’d brought with me and boarded the bus.

The bus got into Kathmandu at around 09:00 the driver thought we were all going to the airport. This was not the case though and had to be given directions to where we could be dropped off for the Trek Nepal office. I had no idea it was their office we were going to as I’d assumed they’d be checking us into a hotel first. From where we were dropped off it was a 0.5 mile walk to the office and we were led to another office where we saw one of them from Trek Nepal who had been on the bus with us, but was surprised to see us as he’d assumed the same as the driver.

He led us back to the first office and the Kathmandu Resort Hotel. Once there the theme of nobody knowing what was going on continued, but eventually after phoning Impact Marathons to clear this up, we found we could check into the hotel in an hour and would be going on the tour at 14:00. It made no sense that we had to get up at 05:00 for this.

To kill some time we went to Pumpernickle Bakery for a drink and some food. I decided to have some cheesecake for 200 rupees and a bottle of Fanta for 85 rupees. After this we headed back to the Trek Nepal office, completed some paperwork and checked into the hotel. We were then finally able to relax for a while before needing to go for the briefing at 13:00.

By the time we got to the Trek Nepal office, those that had been on the 10:00 bus, the one we were originally to be on, had already arrived. Here they told the group about the coming week and also provided bus tickets for a few days time. After this there was a bit of spare time so I went back to the bakery to get lunch. For this I had a toasted chicken sandwich with fries – food which was completely different to everything I’d eaten in Nepal so far. 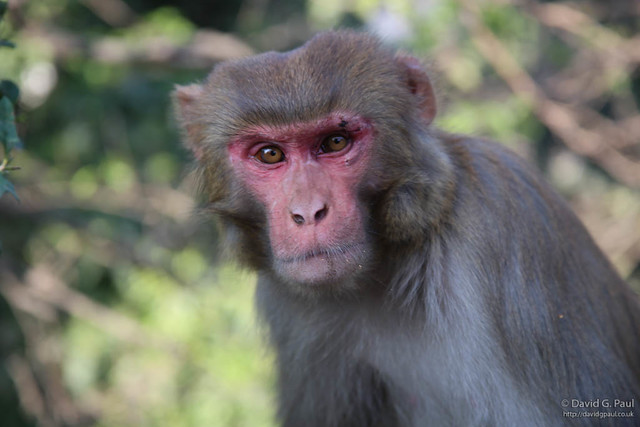 After waiting a while for the minibus driver our guide for the afternoon led us to where it was parked up. This was then a short drive to Swayambhunath, the temple often referred to as the monkey temple due to the number of rhesus macaques that live there. In Tibetan the name of this temple site means “Sublime Trees” due to the number of different trees on this site. 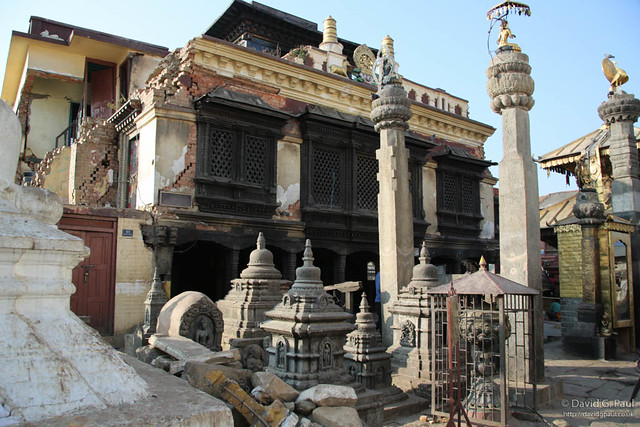 It’s also the oldest religious site in Nepal with it being founded in around 5th century CE. Unusually this site is important to both Hindu and Buddhist religions and becomes a busy site on holy days, and also Saturdays.

It didn’t take long before we saw our first monkeys here and there were many more yet to be seen. Instead of taking the large number of steep steps up to the stupa we took the shortcut which winds past a few shops. We were taken in one where we were told out the painting techniques they used, and the levels of mastery. For the more advanced levels they’d have had to have spent decades of their life having repeated the same design over and over. 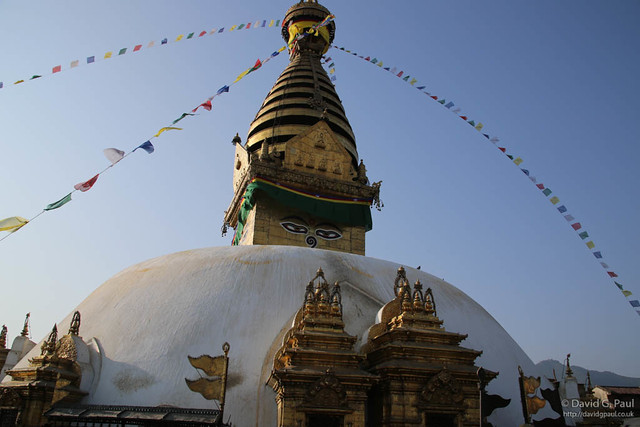 Around the stupa there are quite a few statues and old buildings, some of which were clearly damaged by the earthquake. The stupa is impressive and is intact having been repaired swiftly after the earthquake in 2015 as it is the second holiest place in Tibetan Buddhism. Walking around the stupa clockwise we got to peer down the steep steps to the bottom and also started to see a lot more monkeys around. 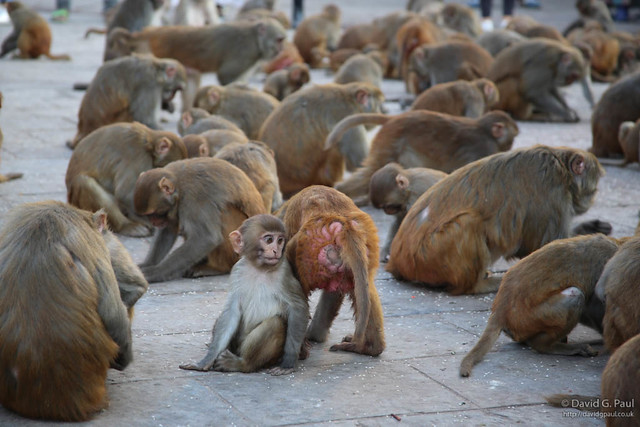 Whilst there I bought a fridge magnet for 350 rupees and a pack of 100 stamps for 600 rupees. There was then a great opportunity to photograph monkeys as many of them suddenly appeared next to the stupa. Although they were being shooed they were desperately trying to eat crumbs from the floor and were also fighting amongst each other. 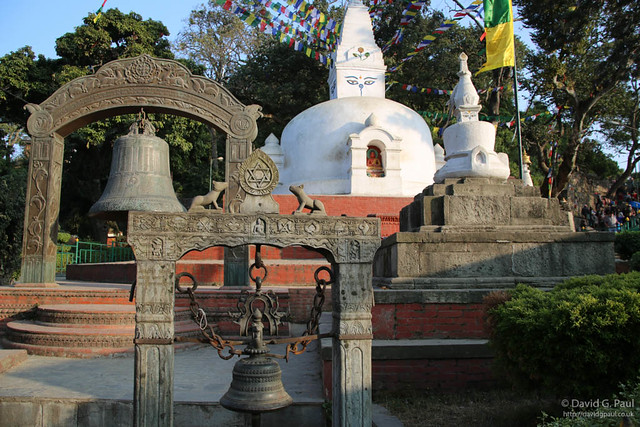 Once we’d done there we were asked if we wanted to see any more, but wasn’t told what else there was we could see. So, instead we headed back to the hotel and sat around until going out for an evening meal at 18:30. We met up with a few other marathoners our group had met and ate at the New Orleans Wine Bar. After we got there more and more turned up until there were about 23 of us. It was a good evening and for the first time in a week I had some western style food in the form of a chicken burger and Coca Cola for 700 rupees. 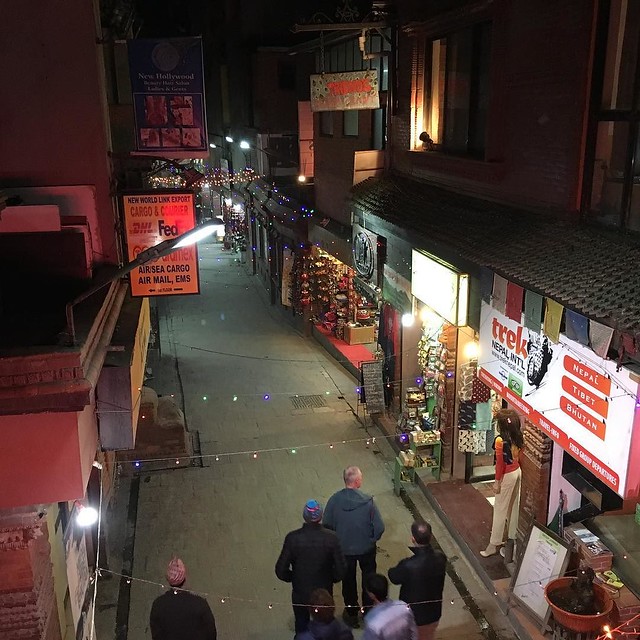 Once we’d paid the bill I said goodbye to those I wouldn’t be seeing again and thanked Nick for putting on a great event and week. Now I could finally get some sleep before the adventure continued.