Today was similar to yesterday – we’d be continuing on the pipeline, but this time with a staggered start to allow a more structured approach. First though it was another 06:00 start for a short run around the mountain. For today’s run we did hill sprints to try and get used to the sort of climbs we’d need to do during the marathon. This only accounted for 2 miles though and shockingly took about 30 minutes!

Once again I had peanut butter on toast for breakfast before we headed out to work on the pipeline again. This time we headed over to the stupa where we’d finished the day before and started off by laying another pipe. For this I helped get it positioned and then took control of getting it buried as I was the first there with a spade. The rest soon joined in and before we knew it we’d caught up with the rest so headed out of the forest and headed down to the village. 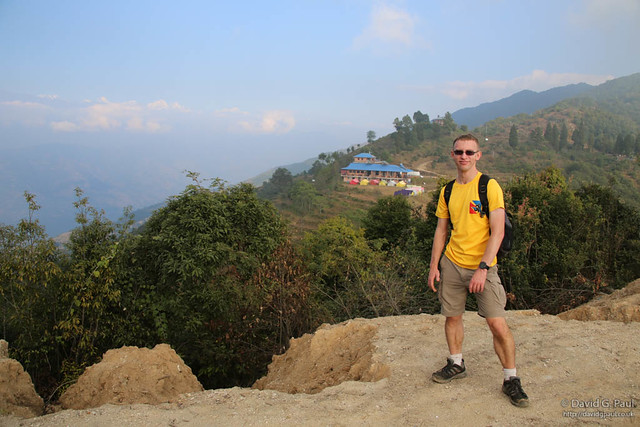 In the village some sort of dispute was going on with a drunk local which eventually we needed the gurkha, Tarjan, who was with us to translate and settle it. Eventually we were able to continue laying pipes past the village but we weren’t needed here so carried on back to the summit camp for a quick drink, and then worked hard on digging the trench that went past it.

At lunchtime I had fried rice with vegetables, and a fruit salad in yogurt for dessert. I then wandered around the camp with sore hands for a while trying to photograph butterflies. When we started back we headed quite some way away from camp as the APF had made great progress whilst we had lunch.

In the afternoon we didn’t get to help much, mostly just helping move one of the pipes forward as it got to a narrow bit. We were then sent back to camp so we were out of the way, but it was a chance to try and have a warm shower. No such luck though, the person who got there before me spent about 25 minutes in there meaning the solar heated water had run out. 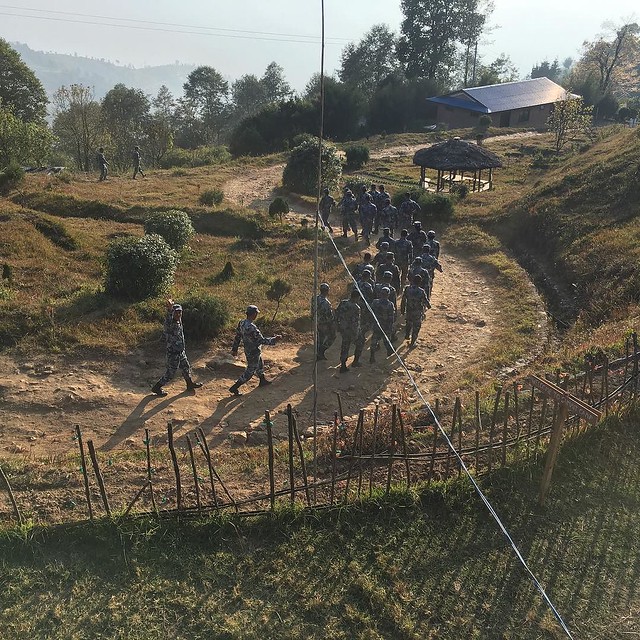 By the time I’d settled into camp again it was coming up to 16:00 and the day was starting to cool off once more. As a mid-afternoon snack they brought out a phenomenal amount of popcorn and some poppadoms. I’d hoped that whilst sitting up at the camp fire of Sunset Bar that I’d get some good sunset photos but unfortunately it was too cloudy.

I headed back down to the summit camp for a while and talked to some of the people there. Whilst passing the time two walkers who had done the 42km route today turned up with it taking them just under 12 hours to complete. They were the first ever people to complete the Nepal Marathon course!

What followed next was a briefing for each of the different distances available for Saturday. For the 42km race briefing they confirmed times, where the checkpoints were, and some basic health and safety. After the last couple of days my hope was to just complete the race as that sounded challenging enough, but I’ve never really had a time in mind. The only goal I had was to run the first lap, but having experienced the hills now I doubted it.

The evening meal was immediately after and was a three course meal of mushroom soup for starter, and for mains: rice, a type of cheese dish, beef, and a potato curry. The dessert this time was the same sort of rice-like cake as the first night here, but they also had a few fruits available. During the evening update they told us that we’d not quite made the full distance of laying the pipeline – we’d unfortunately fallen 1km short. 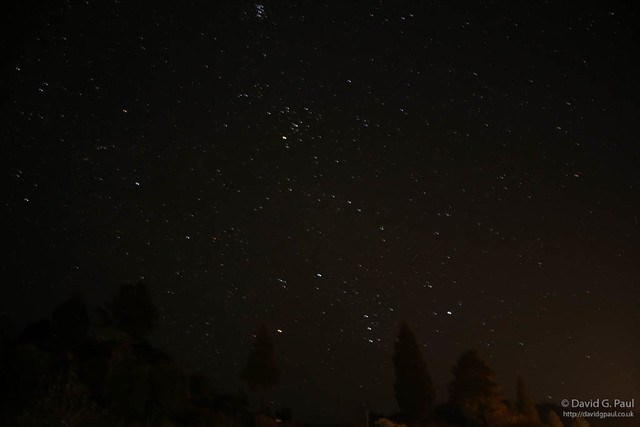 For a while I sat in the middle of a dark area of the grounds and used the ping pong table as a way of photographing the night sky. It didn’t seem as good as the previous night but I didn’t stay out too long before heading back to my tent to sleep.