The Mexican adventure had finally come to an end. As a native had commented – we hadn’t just seen the tourist side of Mexico, we’d seen the real Mexico. We’d been through cities, villages, jungles and ruins and now it was time to be collected and taken to the airport. For my friend it was his journey home, but for me it was for the second part of the trip – travelling around Toronto.

The taxi collected us at 07:45 from the hotel and got us to the airport by 08:30 – plenty of time before our 12:00 flight. Too much time in fact as they’d collected us 15 minutes earlier than the agreed time – which was still later than they originally wanted (06:45), and they got stroppy when they found we weren’t ready when they turned up early. 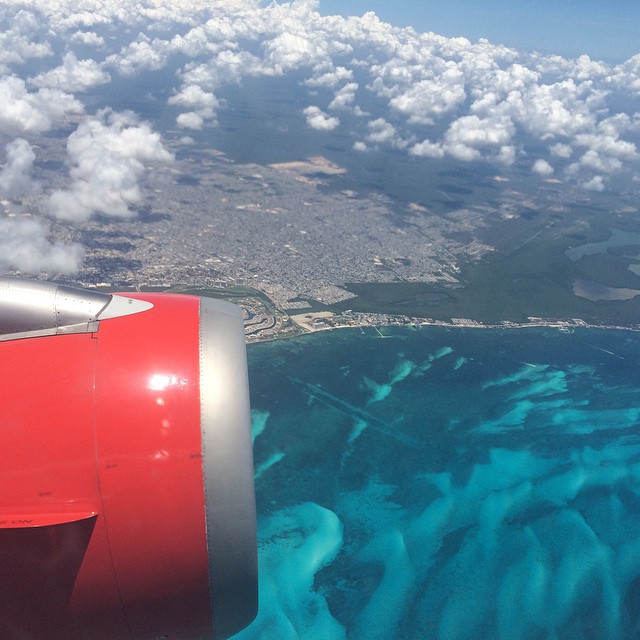 I wondered how the flight would be for my ear as it still hadn’t recovered from the scuba diving and hearing was almost non-existent with it. As it turned out though my ears equalised normally as they would on any flight and when we finally landed in Toronto my hearing had fully returned. The flight did arrive 10 minutes early, but we eventually landed at the originally scheduled time due to having to ascend again whilst they cleared debris from the runway.

Once at immigration I went through one area to spend the next hour going through to a second immigration desk where I was asked many questions, a large number of which I’d been asked at the first desk – but they didn’t seem to be doing this for everyone. By the time I made it to the baggage carousel all other bags had gone. It then took about an hour to get to my friends apartment via bus and subway, though the subway took slightly longer than it normally would as they’d lost power at the station before our destination.

Having dropped off bags at his apartment we then headed out to get some food. Unfortunately the first place we tried we were too late getting to so we instead headed to another part of town and ate at a bar called Gabby’s. I went for the Guinness Pot Pie which was a refreshing change after the past couple of weeks in Mexico.